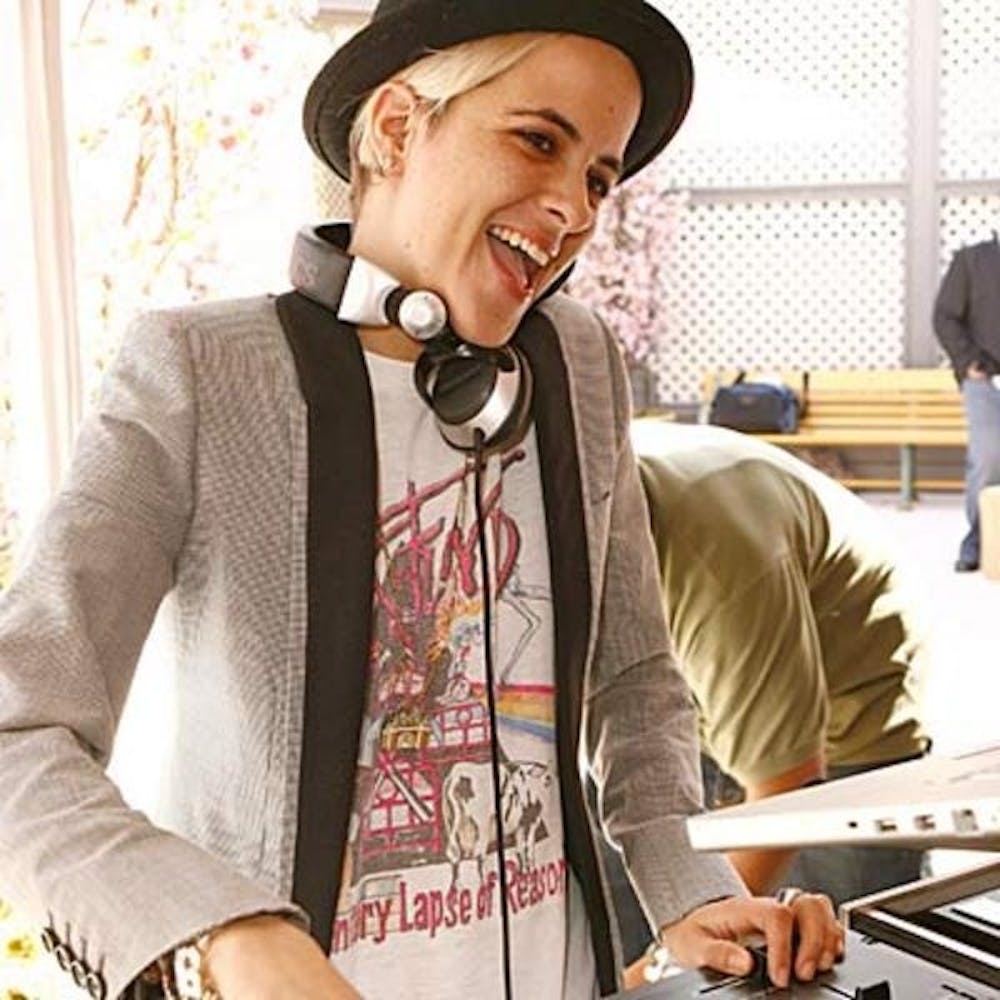 Follow Samantha Ronson to get alerts about upcoming events and special deals!

Her stepfather's a jukebox hero — as in Foreigner's Mick Jones — and her brother's a star DJ — that'd be Mark Ronson — so for Samantha Ronson to get a word in at the dinner table, she had to know her tunes.

Samantha Ronson has performed in venues such as: WTR Pool & Grill, On the Record

Without further ado, here are Samantha Ronson top 6 tracks of all time:

Her stepfather's a jukebox hero — as in Foreigner's Mick Jones — and her brother's a star DJ — that'd be Mark Ronson — so for Samantha Ronson to get a word in at the dinner table, she had to know her tunes. It wasn’t until Ronson was 20 that she discovered her music talents.

Ronson grew up around music — going on tour with Foreigner for family vacations and cutting class at her stepfather's studio — but she was never interested in playing. Then, after spending a year in Paris after high school, she returned to New York and realized she had nothing to listen to. Ronson taught herself to play and sing and eventually put her poetry to the music. She was still a closet performer, though, when a different sort of music opportunity knocked.

"I got a call one night from a club that I used to hang out at and they were like, 'Do you want to DJ?' "Ronson remembered. "I was like, 'No way,' [but] my friends were like, 'Come on, just do it. How hard could it be?' I was always in the club; [I figured I] might as well get paid for it. Samantha took the gig and before she knew it she was filling in for her brother at other clubs while he finished his album. Sam continued to sharpen her skills on the “Wheels of Steel” and eventually DJing became a full time job.

"I am a pretty good DJ. I give myself props." Samantha gets more than just props. She spins at some of the most high profile gigs around the country. Appearing at Jessica Simpsons Birthday Party, with Lindsay Lohan on the American Music Awards, ElleGirl Prom, Blender, Maxim, IFC Awards, Playstation at the Super Bowl, Sundance and the VMA’s in Miami.

Samantha’s career shows no signs of letting up. She continues to field offers on a daily basis and says she loves what she’s doing. “This is the best job I can imagine: playing music I love, hanging with my friends, and giving people something to dance to.

No upcoming events with Samantha Ronson