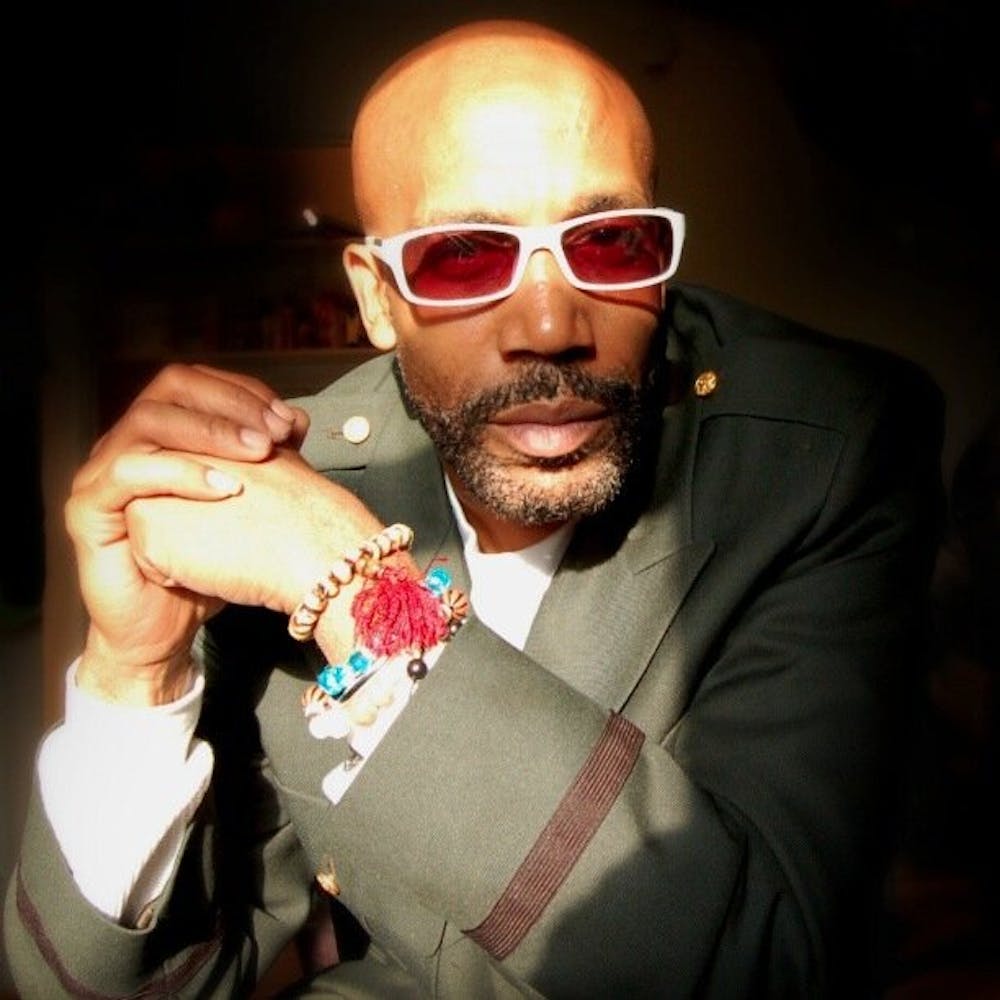 Follow Sa'd Ali to get alerts about upcoming events and special deals!

Welcome to The Musical Realm of Sa’D”The Hourchild” Ali ! A teen prodigy on The Wheels of Steel, Sa’D came up in the streets of Newark.

Without further ado, here are Sa'd Ali top 9 tracks of all time:

8. Give Me That - Sa'd Ali Remix In.Phrequent Rework

A teen prodigy on The Wheels of Steel, Sa’D came up in the streets of Newark. The nephew of George Clinton became fascinated with all forms of music in his household, through his Mother and Step Father who was probably the single most influence in his life early on. His step father was a true Black Hippie, and introduced his stepson to all kinds of music. From Jimi Hendrix to Led Zeppelin to Disco.

“I first told my mother I wanted to be a D.J. at the age 12 or 13, I was in the 7th grade. Before that I had wanted to be in my Uncles’ band (Funkadelic) but I was too young. So she did all in her power to make sure I was around my Uncle as much as possible as a kid.”

Sa’D became involved in a new art form: DJing. “I began at an age where no one at the age of 12 was even thinking about learning to D.J. ” they were way too young ! They were playing baseball or football or making go-carts. I was on a mission. I patterned my whole life behind my Uncle. What ever he was into, I got into. He was in a gang in Newark called the OutLaws. I was in The Avenues Inc.. I got into too much trouble with my gang as a teen and my mothers’ last great move was to get me outta Newark! I was already a well known D.J. throughout Newark.”

Through Afrika Bambaataa he met Kevin Irving who was from Chicago and a House Music artist. “It was through Kevin (Jack N. House) that I went to Chicago and had a meeting with all of the originals of the house music scene in Chicago. I went to the Music Business Institute Of Atlanta where I learned the business side of what I wanted to do and went to Chicago with an idea : to be the first manager in House Music, and I was. My Group was Fingers inc. ” (Larry “Mr. Fingers” Heard, Robert Owens, And Ron Wilson) The Album he did with them was called :Another Side on Jack Trax out of London. The album is now called “The Best House Music Album ever made”.

He was 21 yrs.old. After Fingers,inc. he went on as an Artist briefly managed by Rush artist management. ” Then I moved to California where I worked for Kerry Gordy (Berry’s son) as a in-house producer(early 90′s). There with J-Starr I honed my skills even more as a premiere producer from NJ. out in L.A”. Sa’D later returned to Jersey after 2yrs. in L.A. to witness the Birth of The Boom Skwad, and his alliance to Tame-One at the beginning of his Artifacts tenure.

He went on to join Parliament/Funkadelic finally in 92′. Sa’D Ali was recognized as one of the many Legends to come out of the Jersey Music scene in the field of Hip-Hop along with Queen Latifah, Naughty By Nature, Redman, The Fugees, Mark-the 45 King, Tame-One and many others (see “A Great Day in Newark” by the Star Ledger) Sa’D ALi will Celebrate a 29 yr. Anniversary in the Zulu Nation in 2013.

So to put it bluntly He’s made his bones. All over the world ! Now you can listen to one of the most official, legendary, producers in the Game, now and ever. ” Now that You know who am…..listen to what I do.” – Sa’D “The Hourchild” Ali ( All exclusives. ) – One Nation Parliament/Funkadelic, The Boom Skwad, NRG, Unyque Disco 79′, Step 1 : The Positive Image (Decatur,GA. 83′), GCIII, AtomicHeadz 2013 ……

No upcoming events with Sa'd Ali