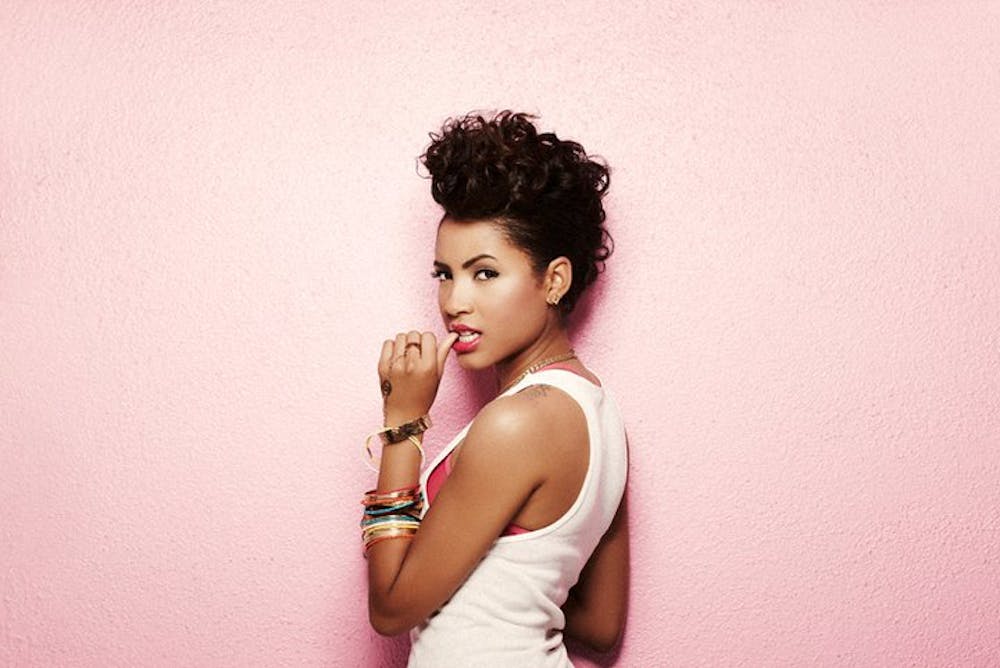 Follow Sabi to get alerts about upcoming events and special deals!

As a kid growing up in Inglewood, Calif., Jenice Sab-bion Portlock (known as Sabi) spent every other weekend watching MTV at her father’s house after her parents divorced.

Sabi has performed in venues such as: Moog

Without further ado, here are Sabi top 10 tracks of all time:

6. Sleepy Emerald Vs. He Ostrich

As a kid growing up in Inglewood, Calif., Jenice Sab-bion Portlock (known as Sabi) spent every other weekend watching MTV at her father’s house after her parents divorced. “My dad had cable and my mom didn’t, so my sisters and I were glued to the screen watching music videos all day,” Sabi recalls. “We especially loved Michael Jackson, Prince, and Sade. That’s when I made the decision that I wanted to be a performer. But I knew, even then, that I didn’t want to be the girl who’s shaking her butt in the corner. I wanted to be the girl running the show.”

A singer, songwriter, and actress, Sabi is now getting her chance thanks to signing with Prescription Songs and Warner Bros. Records. Sabi is currently in the studio with Benny Blanco, Klas (from the Teady Bears), Diplo, Ammo, DJ Cirkut, The Cataracs and The Co-Stars cooking up the tracks that will appear on her debut album for Warner Bros. Records. Meanwhile, she is already attracting ‘Who’s that girl?’ buzz for her rap on “(Drop Dead) Beautiful” — a sizzling song on Britney Spears’ new album Femme Fatale. “I grew up watching Britney’s videos,” Sabi says. “It’s crazy to want to be a part of the music industry my entire life and then get the opportunity to be featured on a record by one of my idols.”

Spears made a big impression on Sabi because her first love is actually dance. “I remember watching the Michael Jackson: Moonwalker video over and over and trying to pick up Michael’s moves,” she says. Sabi would also choreograph dance routines and marshal her younger sisters into performing them for the family. Her dream was to attend the Debbie Allen Dance Academy in Los Angeles, but her mother couldn’t afford the tuition, so Sabi channeled her desire to entertain into acting. She got involved in theater in middle school and was cast in commercials for ABC Family, Universal Studios, and Pepsi while majoring in communications at Cal State University, Long Beach. She also appeared in an independent film called The Smallest River in Almirante, which was executive produced by actor Shia LaBeouf.

All the while, Sabi continued to work on her vocal technique. “I used to lock myself in my closet and listen to my favorite songs and try to imitate the singer,” she says. “No matter who it was, Justin Timberlake, Brandy, or Alicia Keys, I could mimic exactly how they sounded. That’s how I got comfortable with my voice.” She began to write her own songs and record them on a voice recorder, but says that she really learned about the craft of songwriting after working with several producers she had been introduced to her through her then-manager.

In 2009, Sabi was approached by The Co-Stars, a production team who were looking to launch a female duo. The Bangz, featuring Sabi and another performer named Ella Ann, signed to VNR/Asylum Records/Warner Bros. Records and had released two singles when Ella Ann was seriously injured and unable to continue, leaving Sabi to soldier on alone. “The whole experience was an emotional rollercoaster,” Sabi says. “We were so excited because all this stuff was happening. We had shot our first video and it had close to a million views on YouTube. But no one felt the Bangz could continue without Ella. We tried. I shot a video and did some performances on my own with back-up dancers.”

Executives at Warner Bros. Records loved Sabi’s talent and energy and wanted to continue the label’s relationship with her as a solo artist. Now she is pouring everything she has into working on her debut album, which she says will incorporate her love for pop, alternative rock, and urban music. “I’m a pop artist, but I want to bring some rawness and urban swagger to the table,” Sabi says. “I’m really inspired by artists like Lauryn Hill, Bat For Lashes, Florence and the Machine, and Lykke Li. They are strong women with a unique point of view who have something substantial to say. I want to be able to address real issues in my songs, but still keep it sounding fun. It’s okay to have party songs, but I don’t want to make cookie-cutter music. I’m looking forward to everyone hearing what I can do.”

No upcoming events with Sabi