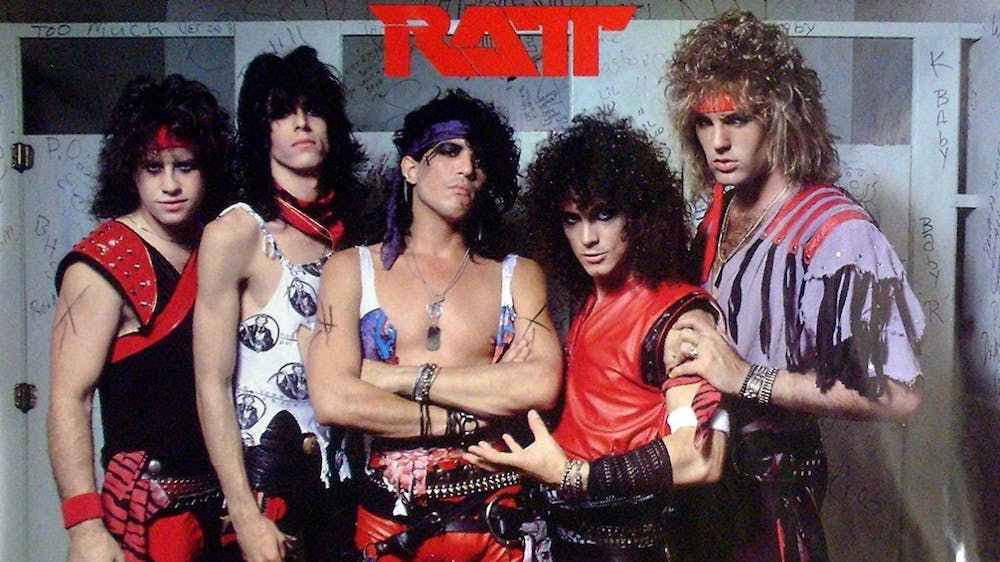 Follow Ratt to get alerts about upcoming events and special deals!

Ratt's brash, melodic heavy metal made the Los Angeles quintet one of the most popular rock acts of the mid-'80s.

Ratt has performed in venues such as: Merriweather Post Pavilion

Without further ado, here are Ratt top 10 tracks of all time:

Ratt's brash, melodic heavy metal made the Los Angeles quintet one of the most popular rock acts of the mid-'80s. The group had its origins in the '70s group Mickey Ratt, which had evolved into Ratt by 1983; at that time the band featured vocalist Stephen Pearcy, guitarist Robbin Crosby, guitarist Warren DeMartini, bassist Juan Croucier, and drummer Bobby Blotzer. The band released their self-titled first album independently in 1983, which led to a major label contract with Atlantic Records. Their first album under this deal, 1984's Out of the Cellar, was a major success, reaching the American Top Ten and selling over three million copies. "Round and Round," the first single drawn from the album, hit number 12, proving the band had pop crossover potential. While their second album, 1985's Invasion of Your Privacy, didn't match the multi-platinum figures of Out of the Cellar, it also reached the Top Ten and sold over a million copies. By that time, the band could sell-out concerts across the country and were a staple on MTV and AOR radio. Both Dancin' Undercover (1986) and Reach for the Sky (1988) continued the band's platinum streak and their audience, had only slipped slightly by the time of their final album, 1990's Detonator.

In 1992, Pearcy left Ratt to form his own band, Arcade, issuing a pair of releases -- 1993's self-titled debut and 1994's A/2, before forming another new band, Vertex (issuing a lone self-titled release in 1996). With their brand of glam metal out of step with the then-burgeoning alt-rock movement, Ratt decided to sit out much of the '90s -- during which time DeMartini issued a solo album, Crazy Enough to Sing to You. But by the late '90s, the public's interest in '80s rock began to perk up, leading to Ratt reuniting in time for 1997's Collage. Two years later, Ratt's second self-titled release of their recording career was issued, following the same formula as its predecessor.

Shortly thereafter, Pearcy left the group once again, as he soon began fronting two bands, the more modern-sounding outfit Vicious Delite (a self-titled debut appeared in 2000) and Nitronic. Pearcy also formed his own record label (Top Fuel Records), and released several collections of archival material -- Arcade's A/3: Live & Unreleased, Mickey Ratt's The Garage Tape Dayz 78-81, and under his own name, the demo collection Before and Laughter. 2001 saw the release of Pearcy's first true solo album, Social Intercourse. Despite Pearcy's exit of the band, Ratt continued to carry on with new members Jizzy Pearl (former Love/Hate) on vocals, John Corabi (former Mötley Crüe) on guitar, and bassist Robbie Crane joining original members DeMartini and Blotzer. In the summer of 2001, long M.I.A. Ratt guitarist Robbin Crosby disclosed to the public that he was battling AIDS, and Croucier soon began organizing a benefit album for his former bandmate. After struggling for years with the resulting health problems, Crosby died in Los Angeles in June 2002

No upcoming events with Ratt