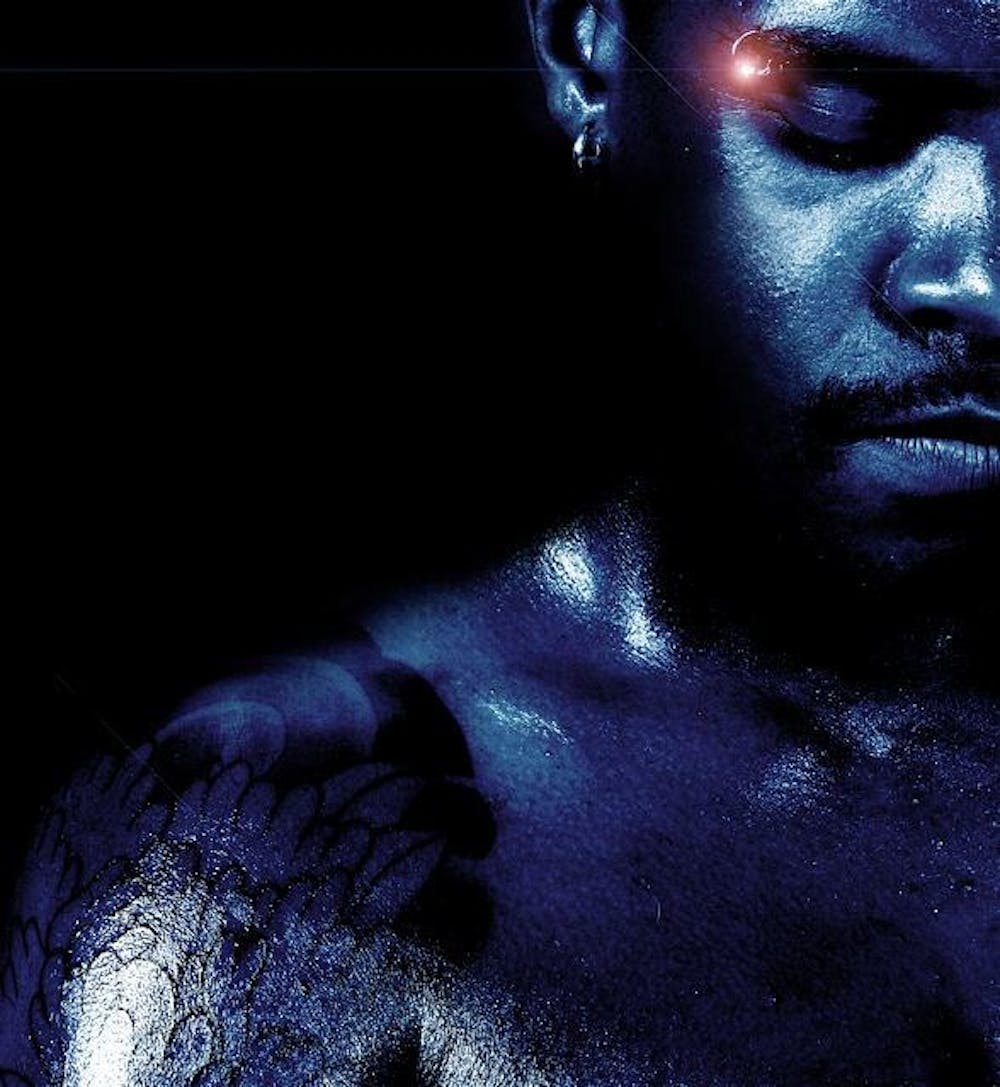 Follow Quentin Harris to get alerts about upcoming events and special deals!

Born and raised in Detroit, Quentin Harris came of age inspired by many of the legends of his hometown.

Quentin Harris has performed in venues such as: Le Bain

Without further ado, here are Quentin Harris top 10 tracks of all time:

Born and raised in Detroit, Quentin Harris came of age inspired by many of the legends of his hometown. Motown, Prince, P-Funk and of course, early techno instilled in Harris, a love of all forms of music. Today, he is recognized as one of the leaders in the field of deep house. It has been said that his work re-vitalized what had become a saturated and tired genre. Indeed Harris resists the very notion of working within genre parameters. So, where did this young Motor-City to New-York-City transplant get the skills to re-invent shit? Simply put, Harriss musicality runs through his blood with a Mother who is a vocalist and a father who plays the trumpet. His Grandmother introduced him to the piano at age 5. At age 12 he took his first formal piano and trumpet lessons. At age 13, he visited a local recording studio, where he shortly thereafter commenced session work with an uncle. By age 14 he was performing live with his Aunts blues band. Fast forward to the early 90s and Quentin is, at the age of 20 in the studio working as a sessions musician with Aretha Franklin. Around the same time he entered into the world of hip hop culture and from 1993-1994 contributed regularly as a trumpeter at Maurice Malones seminal open mice sessions at The Hip Hop Shop on 7 Mile. These sessions provided a forum for a new generation of Detroit talent as Harris went tote a tote with then unknowns Emenim, Slum Village, Royce 59 and Proof. House music ran in parallel with these Hip Hop leanings as Quentin fed an open-minded vinyl addiction at Record Time store under the auspices of DJ / store manager Mike Huckaby. Ken Colliers legendary sets at Heavens further fuelled a passion for dance while his Hip Hop connections as producer of the New York Hip Hop outfit The Masterminds, brought him back and forth to New York. During these trips he discovered the Sound Factory, Sound Factory Bar, Be Yourself, Body& Soul and original Shelter. House music at this point, according to Harris, was much less niche orientated with tracks crossing over from scene to scene. Circa 1998 he moved to New York City full time and in 2001 positioned himself in New Yorks largest dance music store, Satellite Records. There he befriended future Unrestricted Access partner, Ben Johnson, who firmly encouraged Harris talent in house music. Harris career in Hip Hop lingered as a touring member of The Masterminds until the weekly sessions at, and lifestyle of, Club Shelter became all consuming. A CD of accapellas passed along to Harris for spec remixes provided the final melodic elements needed to fully expand upon developing ideas. Hence his career as a major label remixer commenced with Shakeeras Whenever Wherever. Since then hes gone on to make a name for himself beside Darryl James, as the go-to remixer for major label R&B hits. His genre shattering remix of Mariah Careys Dont Forget About Us went to number one on the Billboard Dance Charts while Floetry Superstar hit number ten. Unlike any of his peers, he has captivated the attention of an increasingly attentive audience with the creation of house classics out of such accapellas as India Aries Ready For Love (also culled from the Motown CD) and Donnies Cloud 9. He has continued to evolve as a producer and DJ willing to take risks with genre. Mariah Careys Dont Forget About Us remix crystallizes his penchant for cutting edge writing and arrangement, as a seemingly effortless fusion of generic elements is, in fact, borne out of a sophisticated understanding of music composition. His body of work ranges, with near equal appeal, from vocal house (Solu Musics It Aint Love) to vocals laid over techy tracks (Bryon Stingilys Hate Wont Change Me / Jill Scott Not Like Crazy) to straight up techy (Quentin Harris Lets By Young) to afro-house tinged electronic / tribal cuts (Femi Kuti Traitors Of Africa). His tracks are A-listed by DJs as diverse musically as Danny Tenaglia, David Morales, Hex Hector, Carl Craig, Frankie Knuckles, Pete Tong, Roger Sanchez, Deep Dish, Derrick Carter, Francois K, Joe Claussell and Danny Krivit. Each Harris record begins its life however, under the roof of New Yorks Club Shelter.

In 2004 he inked a deal with Timmy Regisfords management company and has released a string of club hits on Unrestricted and Restricted Access, the labels Regisford set up with Ben Johnson. His mentor and A&R guide, Timmy Regisford, continues to break Harris tracks one after the other. Forthcoming cuts include built an unsurpassed reputation for himself around lt a re-workings of Jamiroquais Talullah, Stevie Wonders Make Sure Your Sure and The Isley Brothers Harvest For The World as well as a new original production entitled Haunted. Harris is also working on a full-length album for vocalist Colton Ford and Jason Walker. As a DJ, Harris found inspiration equally in the sets he heard from Detroits Ken Collier and those of Timmy Regisford here in New York. He believes in energetic mixing with a focus on programming rather than making a mix sound perfect. His New York residency, Fresh Fruit, which was inspired by trips to Stereo in Montreal with DJ Steve Travolta, was fuelled primarily by a desire to offer the gay clubbing community a musical alternative to the banging, circuit sound. He has also sought to close the gap between gay and straight dance circles and indeed his following is unusually diverse. In the coming months he will play the main floor of Pacha / Ibiza, Dragon I in Hong Kong and David Morales new venue in Toronto, Canada. Harris releases his debut album No Politics in the fall of 2007 on Unrestricted Access/Strictly Rythm.

No upcoming events with Quentin Harris