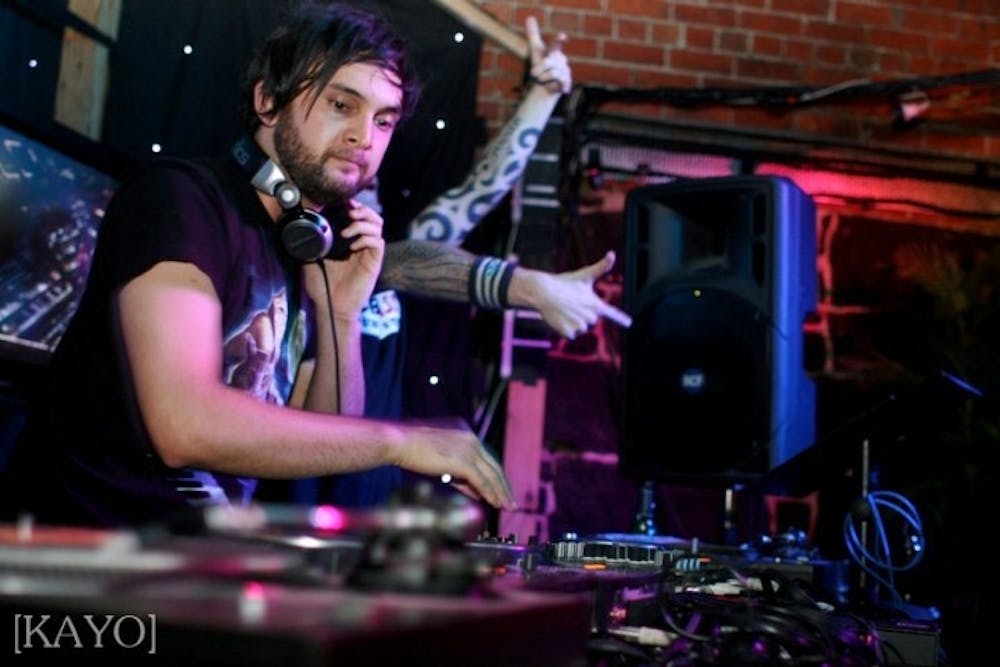 Follow Phetsta to get alerts about upcoming events and special deals!

Whetu Kay aka Phetsta was introduced to the D & B sound during his final year of High School in 2000 after relocating from New Zealand to Perth, Australia.

Without further ado, here are Phetsta top 10 tracks of all time:

Whetu Kay aka Phetsta was introduced to the D & B sound during his final year of High School in 2000 after relocating from New Zealand to Perth, Australia. Tracks such as Ed Rush & Optical’s “Locuste”, BC’s “Inside the Machine” and Konflict’s releases on RenegadeHardware instantly appealed to him. The following year he started producing his own tracks and never looked back. After writing solo and DJ’ing around Perth, he joined forces with Ross Deschamp aka Rregula (former guitarist of WAMI Award winning band “The Dirty Whittler”) to form Bad Robot in 2004.

Time was juggled between solo production and Bad Robot for the remainder of 2004. Phetsta linked up with Adelaide’s Djon that same year, remixing his and Skyver’s “Start theRiot”. After a trip to Adelaide and a very messy week of partying the remix ended up catching the ear of Technique’s Bassline Smith who released it on his WAR label in early 2005. Simon was so impressed by the then 21 year olds production skills that he offered him an exclusive contract with Technique Recordings. With his first solo single “The Bloodening” under his belt (not to mention DJ support from the likes of Grooverider, Pendulum, Andy C and Hype), Technique’s HUGE “Street Technique LP” was the next outlet for Phetsta’s tracks. Four tunes, “Blur” (DJ Mags’ tune of the Month - May 2006), “Mako”,”Intergalactic” and “Gimme Somethin’ Remix”, stormed the worlds dancefloors.

On the Bad Robot front, Phetsta & Rregula have dropped tracks recently for Black Sun Empire’s “Endangered Species LP”, Habit and Renegade Recordings. The strength of these releases coupled with a series of now notorious DJ performances in 2006 gained the duo alot of attention internationally and in local press, as well as winning a Perth Dance Music Award for Best Producer (having previously been nominated for Best Live Act, Best Drum & Bass DJ and Best Newcomer).

2007 started with a bang with the release of “The Congo EP” on Technique featuring brand new tracks “Evolution”, “The Congo” and “Dutty Funk” plus a VIP o f”The Bloodening”. Both the EP & Bassline Smith & Drumsound’s “Skumbag VIP” backed with Phetsta’s remix of “Booty Call” held onto placings in the UK top 10 DnB sales charts for several weeks, with heavy rotation on Radio 1 & 1 Extra. He was also featured in K-Mag, the renowned magazine stating that he “will be making alot of noise in 2007”. Phetsta showed his versatility by slowing things down to 130bpm with his track “Four Eight Three” appearing on Passenger Recordings “This Way Up LP”.

Phetsta has previously DJ’d across Australia, New Zealand and USA. More recently he toured Europe during late 2007 and early 2008, earning himself a reputation as a tight and energetic crowd pleasing DJ, playing DnB from across the board. Over the years he has supported acts such as Matrix &Futurebound, Teebee and Pendulum on the local legs of their Australian tours. 2008 is set to be another huge year for Phetsta with forthcoming collaborations withYoungman MC and Shockone ready to drop on Technique in the following months, as well as another tour of Europe & UK.

No upcoming events with Phetsta