Best No Doubt Songs of All Time – Top 10 Tracks 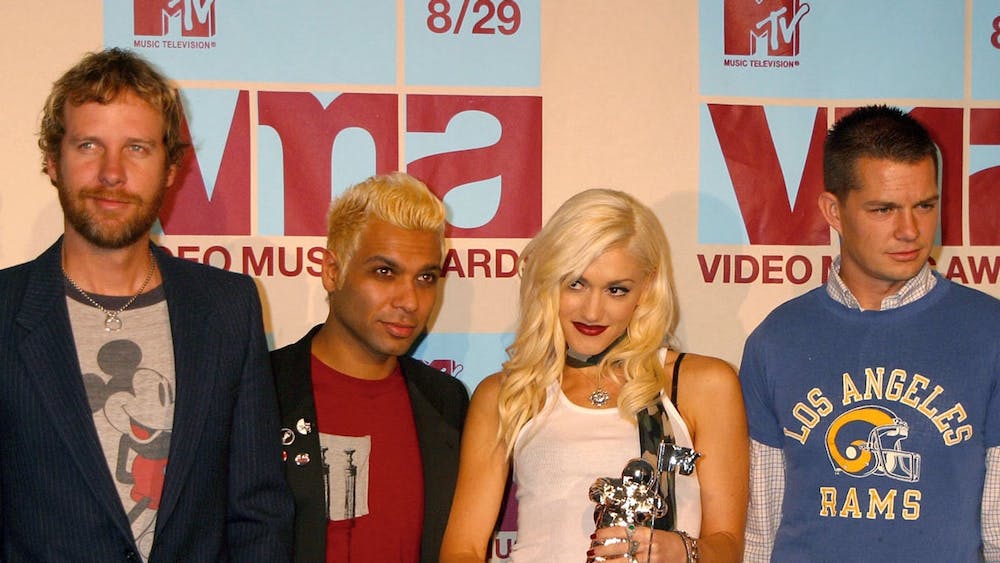 Follow No Doubt to get alerts about upcoming events and special deals!

With the return of the punks in the mid-'90s came a resurgence of their slightly more commercial rivals, new wave bands.

Without further ado, here are No Doubt top 10 tracks of all time:

10. Underneath It All - Radio 1 Live Acoustic Version [Bonus Track]

With the return of the punks in the mid-'90s came a resurgence of their slightly more commercial rivals, new wave bands. No Doubt found a niche as a new wave/ska band, on the strength of vocalist Gwen Stefani's persona -- alternately an embrace of little-girl-lost innocence and riot grrrl feminism -- exemplified on the band's breakout single, "Just a Girl."

Formed in early 1987 as a ska band inspired by Madness, the lineup of No Doubt initially comprised John Spence, Gwen Stefani, and her brother Eric. While playing the party-band circuit around Anaheim, the trio picked up bassist Tony Kanal, born in India but raised in Great Britain and the U.S. Hardened by the suicide of Spence in December 1987, No Doubt nevertheless continued; Gwen became the lone vocalist and the group added guitarist Tom Dumont and drummer Adrian Young.

No Doubt's live act began to attract regional interest, and Interscope Records signed them in 1991. The band's debut a year later, an odd fusion of '80s pop and ska, sank without a trace in the wake of the grunge movement. As a result, Interscope refused to support No Doubt's tour or further recordings. The band responded by recording on their own during 1993-1994; the result was the self-released Beacon Street Collection, much rawer and more punk-inspired than the debut. Eric Stefani left just after its release, later working as an animator for The Simpsons.

By late 1994, Interscope allowed recordings to resume, and Tragic Kingdom was released in October 1995. The album served as a document of the breakup of Gwen Stefani and Kanal, whose relationship had lasted seven years. Thanks to constant touring and the appearance of "Just a Girl" and "Spiderwebs" on MTV's Buzz Bin, the album hit the Top Ten in 1996. Stefani, who has made no secret of her pop ambitions, became a centerpiece of attention as an alternative to the crop of tough girls prevalent on the charts. By the end of the year, Tragic Kingdom hit number one on the album charts, almost a year after its first release; the record's third single, the ballad "Don't Speak," was the band's biggest hit to date.

No Doubt's much-anticipated follow-up, The Return of Saturn, was released in the spring of 2000, and "Simple Kind of Life" and "Ex-Girlfriend" were both critically successful at the mainstream and college levels. A year later, Stefani also hooked up with rap chanteuse Eve for the single "Let Me Blow Your Mind" (it went on to earn a Grammy for Best Rap/Sung Collaboration in 2002); however, Stefani also joined her band for the release of their fifth album. The ska revival and new wave sounds of Rock Steady were issued hot on the heels of debut single "Hey Baby" in December 2001.

No upcoming events with No Doubt