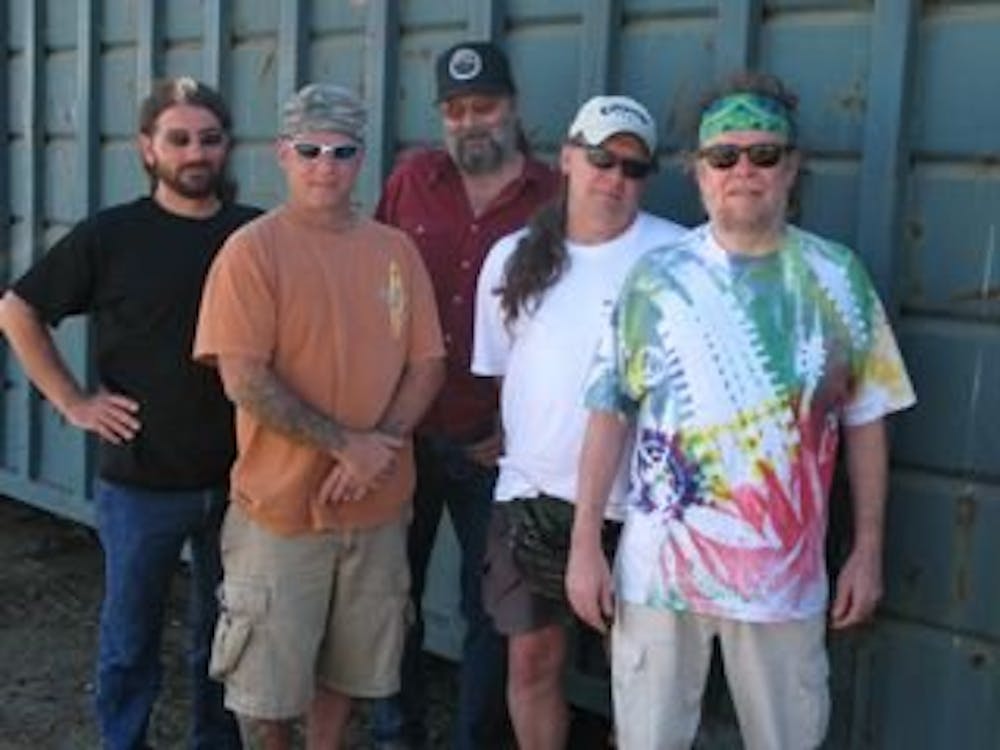 Follow New Riders of the Purple Sage to get alerts about upcoming events and special deals!

The long-awaited return of The New Riders of the Purple Sage has fans in a psychedelic/country head spin.

Without further ado, here are New Riders of the Purple Sage top 10 tracks of all time:

The long-awaited return of The New Riders of the Purple Sage has fans in a psychedelic/country head spin. Guitarist David Nelson and pedal steel wizard Buddy Cage will represent the NRPS catalog along with Michael Falzarano (guitar, mandolin and vocals), Johnny Markowski (drums and vocals) and Ron Penque (bass and vocals). You may recognize Falzarano from Hot Tuna, Markowski from Stir Fried and ...Penque from Melvin Seals and JGB. Original NRPS bass player Dave Torbert, drummer Spencer Dryden and co-founder John Dawson have passed away, Nonetheless, the new lineup vows to keep the NRPS spirit and tunes alive by taking them to fans everywhere. (www.nrps.net)

The New Riders, signed to Columbia Records by Clive Davis, released its eponymous first album in September 1971 to widespread acclaim. In the next 11 years the band toured and released over 12 albums, selling over 4 million records. NRPS began as a part-time spin-off from the Grateful Dead when Jerry Garcia (pedal steel guitar), Phil Lesh (bass) and Mickey Hart (drums) teamed up with John Dawson (guitar, vocals) and David Nelson (guitar). Although early live appearances were viewed as an informal warm-up to the main attraction, the group quickly established an independent identity through the strength of Dawson's original songs. By 1971 Dave Torbert had replaced Lesh, and Spencer Dryden, formerly of Jefferson Airplane, had joined as the group's permanent drummer. Garcia remained in both The Dead and The New Riders until he found himself overcommitted, at which time Buddy Cage replaced him.

David Nelson has managed the seemingly impossible by remaining true to his musical vision and integrity without becoming outdated in the process. Nelson was an important figure in the musical vanguard of the influential Haight-Ashbury music scene that spawned the Grateful Dead. He played guitar on three of their pivotal albums, Aoxomoxoa, Workingman's Dead and American Beauty. Both Nelson and Garcia are credited with being the forefathers of the San Francisco scene. Nelson, who sang one of New Riders’ biggest hits, a cover of bluegrass great Peter Rowan's "Panama Red," went on to write songs with longtime pal Robert Hunter after the band’s demise. He also played in the Jerry Garcia Acoustic Band and is featured on its 1988 album Almost Acoustic. In 1994 he formed the David Nelson Band and released four CDs in six years. Last year saw the release of the band's studio debut, Visions Under the Moon, which was recorded in Portland, Oregon's Aladdin Theater.

Johnny Markowski, an accomplished drummer can be found playing his kit these days with The New Riders of The Purple Sage. When not on the road with The NRPS Johnny stays busy with his band Stir Fried and playing with various artist's in many styles. Songwriting is also in his blood. His father, Thomas Jefferson Kaye, was a legendary producer and songwriter in the 1960s and 1970s. Markowski’s band, Stir Fried, known for its blend of swamp grove, psychedelic improvisational music performs signature versions of Kaye masterpieces in addition to Markowski originals. The group has recorded and performed with the likes of Dr. John, Vassar Clements (Old & In The Way), Commander Cody, Buddy Cage (NRPS), Jo Jo Herman (Widespread Panic), Bernie Worrell (P Funk, Talking Heads), Derek Trucks (Allman Bros. Band) and Tony Trischka.

Ron Penque, a singer/songwriter known for his vocals and bass playing in Ripple, has also worked with the likes of Vassar Clements, Peter Rowan and Jeff Pevar. After Ripple retired in 2003, Penque joined Melvin Seals and JGB. He (and Markowski) worked and toured with Seals for several years. Penque, who was taught to play bass by his accomplished musician father, Also fronts his own band The Penque Brothers

No upcoming events with New Riders of the Purple Sage