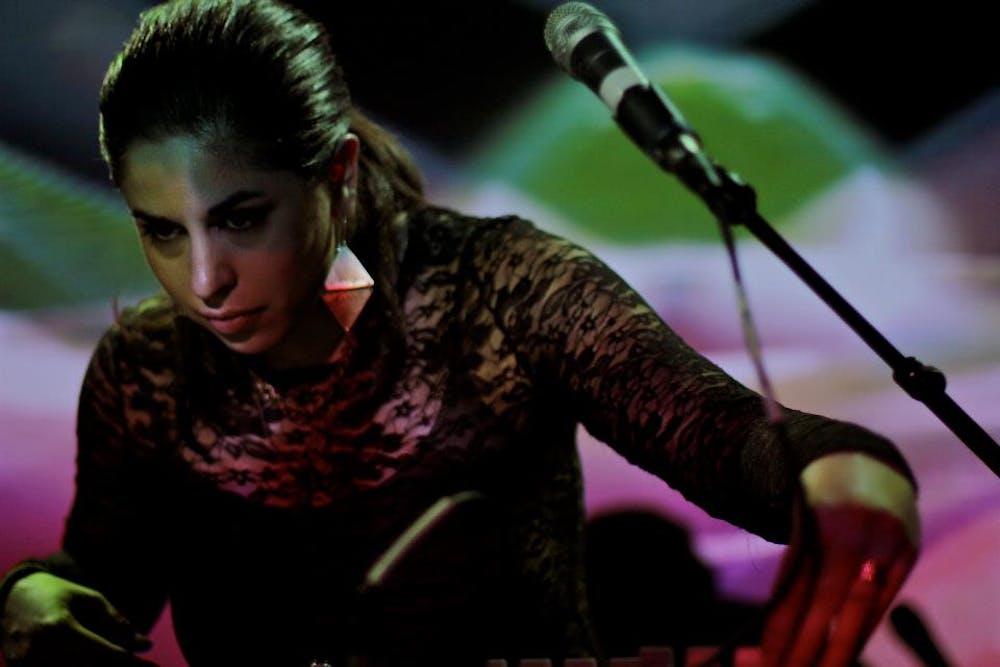 Follow Natasha Kmeto to get alerts about upcoming events and special deals!

Natasha Kmeto is a Portland-based singer and electronic producer who turns heads everywhere she goes.

Natasha Kmeto has performed in venues such as: Nectar Lounge, The New Parish

Without further ado, here are Natasha Kmeto top 10 tracks of all time:

10. I Thought You Had a Boyfriend

Natasha Kmeto is a Portland-based singer and electronic producer who turns heads everywhere she goes. Armed with a taut dance floor sensibility and flutteringly sensuous voice, she exudes the kind of beauty that can only come from confidence. Her tracks are sleek and energetic affairs, straddling the line between dance, pop, and RnB, percussively intriguing compositions that slide easily into the ear but aren’t so easily forgotten. Her beauty, energy, and talent coalesce into a truly visceral live show, moving both to the partygoer and the thinking person alike. Wherever her music goes, heavy breathing will follow.

Born into a musical family in California, Natasha began to develop her talents as an artist from a young age. It wasn’t until almost two decades later, on the verge of becoming a career session musician, that she grabbed the wheel and broke out in a direction that truly inspired her. Her arrival in Portland marked a big step towards new things. The past several years as seen her growth quicken, especially after signing with hometown label Dropping Gems. The string of releases that have followed showcase Natasha in her most self-realized form, in matters of love, independence, and outlook on life.

Natasha has a long list of notable live performances under her belt, including gigs at Coachella, Bumbershoot, MusicFestNW, Symbiosis, SXSW, Low End Theory (LA and SF) and Decibel Festival. She has shared the stage with a number of talented artists as well, including Squarepusher, Emancipator, Kid Cudi, Plaid, Gold Panda, Dam Funk, Shlohmo, Shigeto, and Morcheeba, just to name a few. Her radio experience includes live performances on Boiler Room and KEXP, and her tracks have been played by numerous noteworthy DJs including Mary Anne Hobbes. She is due to release her LP 'Crisis' June 18th on Dropping Gems.

No upcoming events with Natasha Kmeto