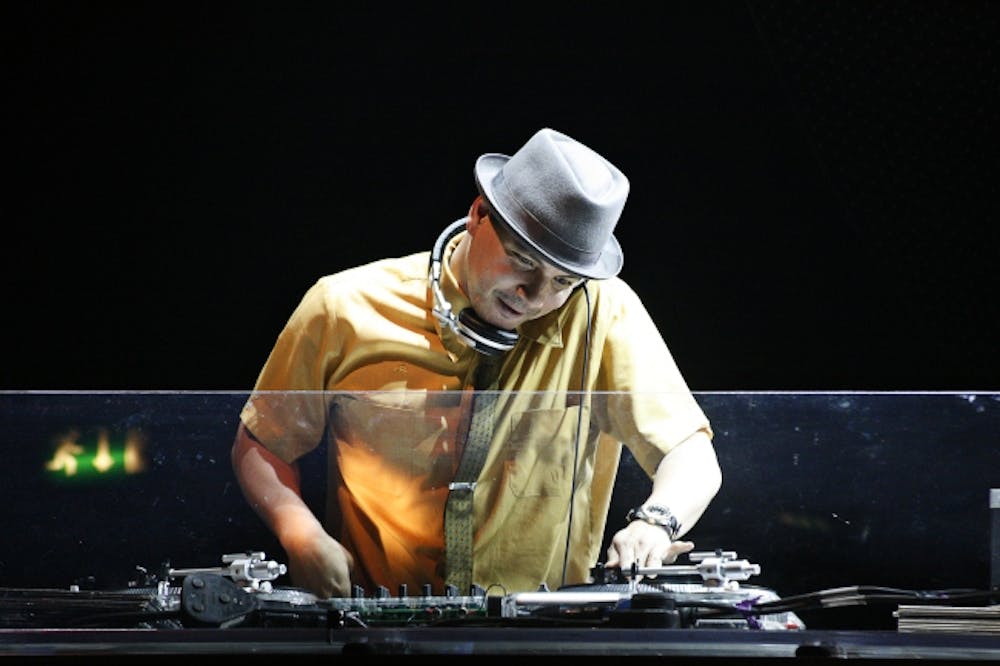 Follow Mix Master Mike to get alerts about upcoming events and special deals!

One of the premier scratch artists of the day, Mixmaster Mike got his initial itch for vinyl while growing up in San Francisco listening to his uncle's extensive record collection.

Mix Master Mike has performed in venues such as: Chateau, The Exchange, The Midway, Skybar at Mondrian

Without further ado, here are Mix Master Mike top 10 tracks of all time:

One of the premier scratch artists of the day, Mixmaster Mike got his initial itch for vinyl while growing up in San Francisco listening to his uncle's extensive record collection. As a kid, Mike was constantly welcomed when coming home from school with the sounds of his uncle's extensive collection. Years later, the moment that had the most impact on him was catching Grandmixer DST on stage with Herbie Hancock.

With his newfound love of hip-hop and his foray into scratching, Mike got involved in the mobile DJ business playing house parties, weddings and all those other "cutting the chops" types of gigs some for experience and the exposure.

It was at one of those parties that he met Richard Quitevis, better known as Q-Bert. Q-Bert wasn't a DJ at the time, but was so impressed with Mike's scratching technique that it had the same effect on him as watching Grandmixer DST had for Mike. The following day, Richard went over to Mike's to watch him practice and it was there that the two quickly became friends.

In 1993, Mike and Q-Bert decided to take the competition to the next level by teaming up as a scratch duo known as "The Dream Team" and won the title once again.

In 1994, after winning three consecutive world titles and consistently coming out on top, Mike and Q-Bert were asked to step down from further competition as their domination was too much for the rest of the pack. The two performed an amazing "farewell" set and were honored to become DMC judges.

It was a chance meeting at the Rock Steady Anniversary Jam in NYC in 1994 with Adam Yauch of the Beastie Boys that would propel Mike to the next level. The two exchanged numbers and Mike often left crazy scratch messages on Adam's answering service. Fellow Beasties Mario C and Mike D caught on to his scratch message craze and in 1997 requested Mike's studio work for their multi-platinum album Hello Nasty. Soon after completion of Hello Nasty's recording, the Beastie Boys offered Mike to become their resident DJ.

In the summer of 1999, the International Turntablist Federation honored Mike with a lifetime achievement award for the advancement of the turntable as a musical instrument. The new millennium brought more amazing things from Mike. In March 2000 the Eye of the Cyclops EP (Asphodel) dropped to brilliant reviews winning the California Music Awards as "Best New Electronic Album," with his first-ever mix CD Spin Cycle (Moonshine) following in 2001. Also check: Return Of The Cyclops(Asphodel), a special anthology of Mike's works recorded before and after his seminal album, Anti-Theft Device (Asphodel, 1999).

Never one to take a break, Mike's credits also include his weekly "Spin Psycle" radio show on KROQ-FM Los Angeles, as well as working with EA Sports on the "SSX 1" and "SSX 2" video games and on "Jet Grind Radio" for Sony Dreamcast. He also produced music for the motion picture soundtrack for Jail, Hospitals & Hip Hop, hosted the ESPN Action Awards and is also prominently featured in the indie film Scratch.

Mike's latest effort, Bangzilla, is nothing short of the titles reference. It's Godzilla vs. Mechagodzilla. Mike vs.. Mecha Mike. Action packed, kick drums to the chest, hard bass for the booty, and all that scratchin' is bound to put a hurtin' on them. The battle is on.