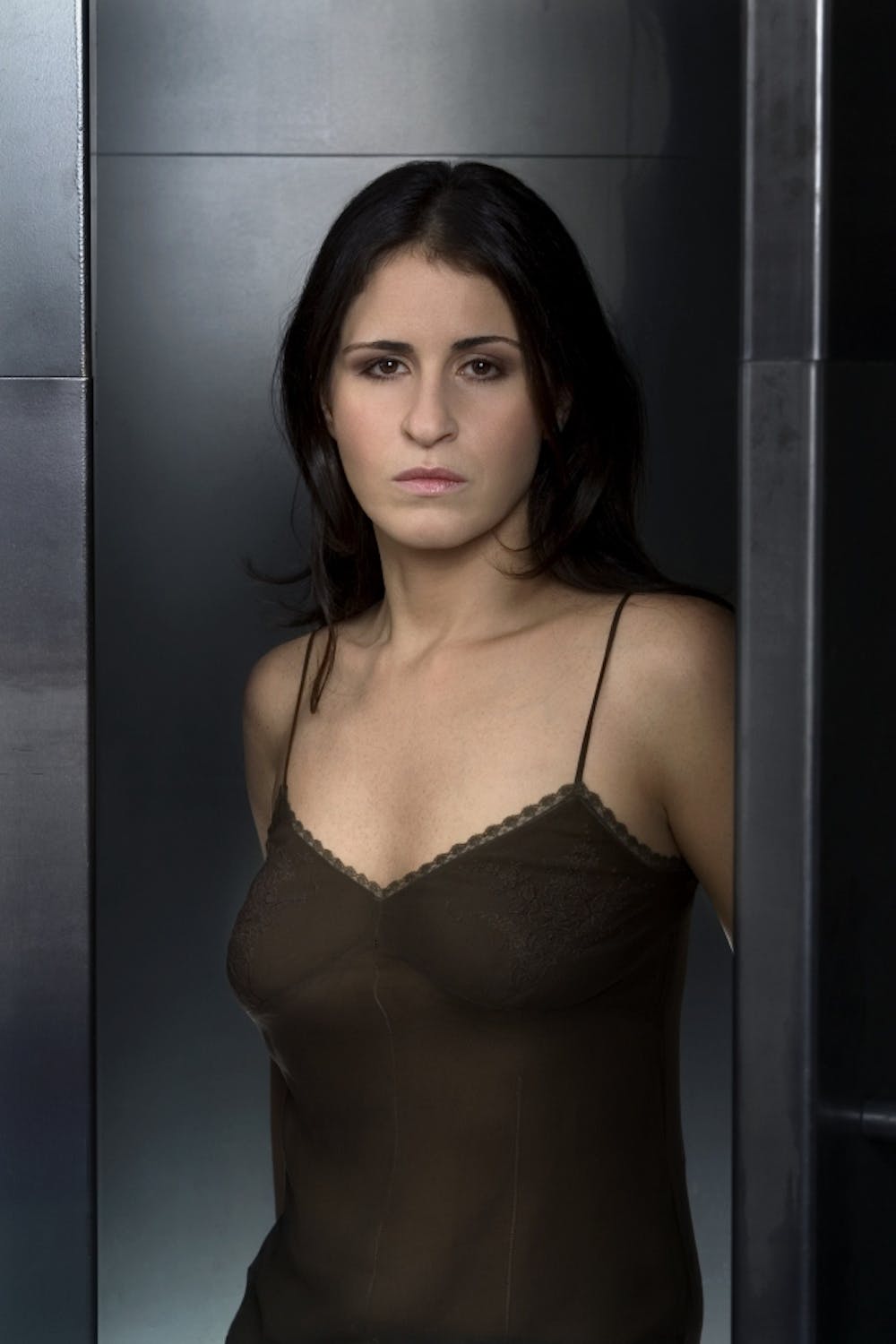 Follow Misstress Barbara to get alerts about upcoming events and special deals!

Born under the Sagittarius sign, in Sicily, Italy, 1975, Misstress Barbara (spelled with 4"s" to understand 'miss' and 'stress') moved to Montreal at age 8, where she has lived ever since.

Misstress Barbara has performed in venues such as: Stereo, StereoBar

Without further ado, here are Misstress Barbara top 10 tracks of all time:

1. Dance Me To The End Of Love

3. Never Could Have Your Heart (Misstress Barbara)

Born under the Sagittarius sign, in Sicily, Italy, 1975, Misstress Barbara (spelled with 4"s" to understand 'miss' and 'stress') moved to Montreal at age 8, where she has lived ever since. She holds a degree in Communication Studies, specialized in Film, and obtained a license to fly gliders and Cessna airplanes at age 16. Her creative involvement with music began when she picked up the drums at age 12 and started playing in bands. For the next seven years she was absorbed by classic rock, by punk music, and all the hard music of the time.

In 1994 her musical interests shifted to electronic music. While attending numerous events, she literally fell in love with watching DJs work. Amazed by the beauty of the movement of their hands, she wanted to achieve the same talent and make everyone dance, so a year later she traded in her drum kit for two turntables and a mixer. In the spring of 1996, she got her first booking and hasn't looked back since; playing all the major cities from North to South America, Europe and Asia along with Australia. Misstress Barbara has played alongside the most respected artists such as Bjork, Carl Cox, Richie Hawtin, Masters at Work, Tiesto, Sven Vaeth and many others. Her various musical tastes have led her to play many important clubs worldwide like Twilo (NYC, USA), Velvet Underground (London, UK), The Womb (Tokyo, Japan), Stereo (Montreal, Canada), Florida 135 (Fraga, Spain), Zouk (Singapore), Rex (Paris, France), Aloca (Sao Paulo, Brazil), just to name a few. She is also a regular at the Godskitchen Events around the UK and in their Birmingham club Air. She has also played many big events like SONAR (Spain), AWAKENINGS (Holland), I LOVE TECHNO (Belgium), MONEGROS (Spain), and one of her highlights from the beginnings of her DJ career was playing at "Fashion Cares" in Toronto; a 5000 people AIDS-Benefit fashion show party, hosted by K.D. Lang and Rupaul.

When she first began performing she described her main style as "Drummy Funky Pumpin' Techno" and her most important musical influences came from the shuffling of Jazz and from the repetitive grooves of Latin Music. Regardless of the influences, her typical hard beats had always been the driving force in her sets and these elements were immediately recognizable in her productions. Progression is natural in an artist’s career and Barbara is no different. These days she is playing a groovy techy, minimal and electro funk filled sound, constantly pushing her own limits to evolve with the music she hears and appreciates. As she puts it, she still has love for the techno sound she became notorious for, but at the same time, wants to play all new wonderful sounds and rhythms from a multitude of different genres. She can be very different from one production and record to another, yet never lose the common threads between shifts in sound or style.

Barbara began buying studio equipment shortly after the beginning of her DJ career and spent the next twelve months familiarizing herself with the equipment and working on original tracks without really finishing them. The real work started once she finished university and dedicated herself full time to a solid studio work. She created her very popular Techno label RELENTLESS MUSIC in 1999, which name had to be changed in the beginning of 2003 to avoid legal issues with another company holding the same name in the UK. This is when she created ITURNEM.

Barbara has a weakness for House Music and for that, she created the alias name of Barbara Brown, to produce and play House Music without confusing her fans and the people who buy her Techno tunes. Now when she reflects on this difference in identity, she wishes that instead of creating an alias to play different styles of music to lessen the confusion of her fans, it might have been a better choice to remain always as Misstress Barbara, and just be known for playing good music of all genres. It is a given that she built her career on Techno, but as all people do, she evolved and wanted to open her record box to all genres of fantastic music, stepping outside the techno sound she is branded for.

As a producer, Barbara has accomplished quite a lot. She has released records on some of the most respected Techno labels on the planet and she also had a few of her tracks licensed for films and videogames. In 2002, her very popular track 'Never Could Have Your Heart' has been licensed for the Play Station 2 videogame 'Midnight Club II’, she also has had her track ‘Crash and Burn’ licensed to the film ‘Saved By The Belles’ and ‘Effett Karma’ licensed to Montreal film ‘Pure’ that is being presented at Cannes. She plans on doing more music for all forms of media and focusing on more cross-over oriented projects in the future, to advance her career as a producer.

We will see a lot more of Barbara in the decade of 2000 and beyond.

No upcoming events with Misstress Barbara