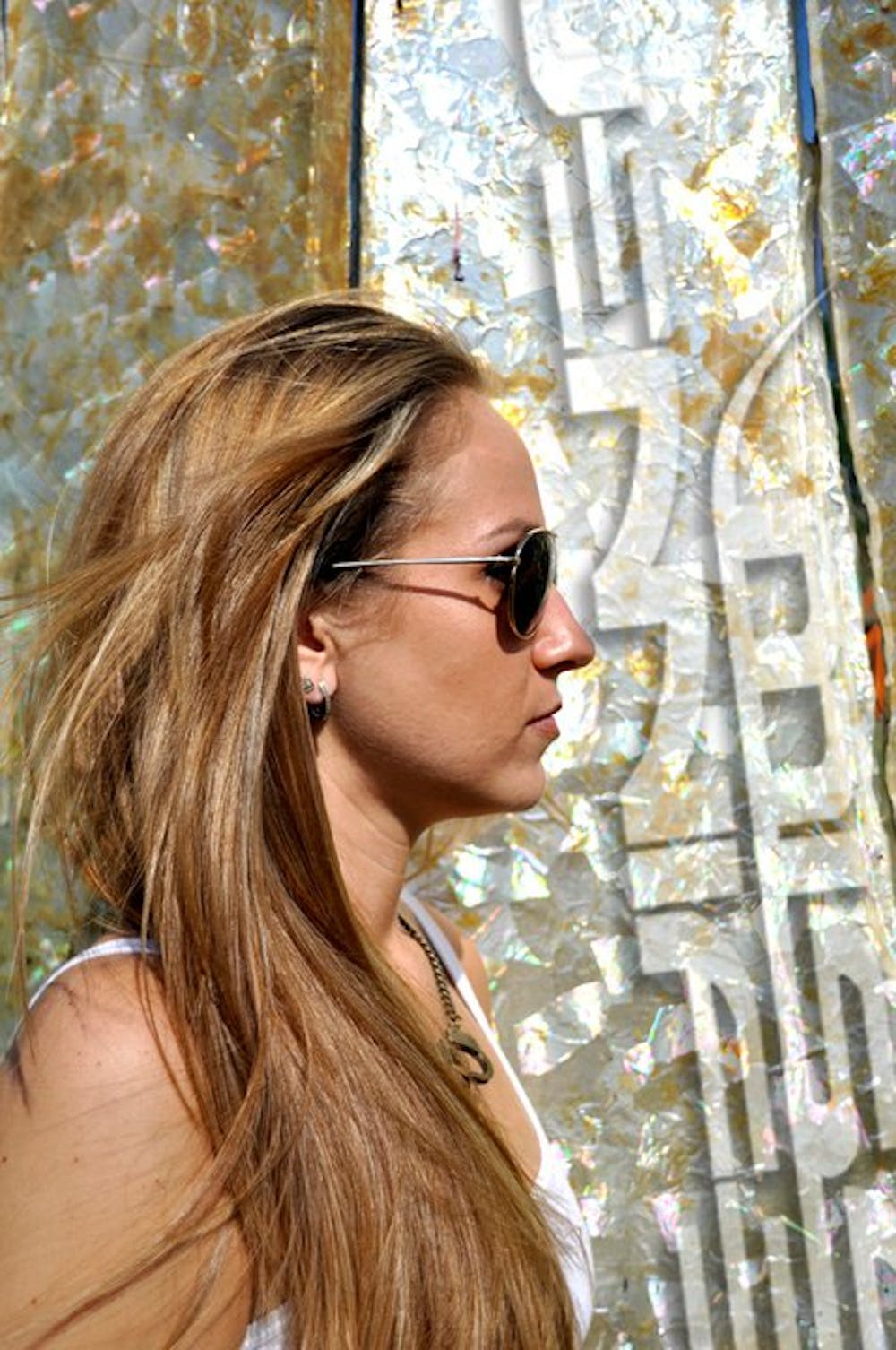 Follow Miss Jennifer to get alerts about upcoming events and special deals!

Miss Jennifer has played in major festivals like Electric Zoo

Without further ado, here are Miss Jennifer top 10 tracks of all time:

Trends are set in New York City, and Miss Jennifer’s sets are starting a new trend in New York’s House Music Scene. This young 24 year old former model is not just a pretty face and a slender body, but a technology savvy college graduate with a bachelor’s degree in Computer Science. Miss Jennifer’s experience has her well traveled from the shores of Greece to the black sands of Hawaii. You can hea...r her love of the beach correlate with her love of music, as you can feel the rhythmic sounds throughout her music.
Born and raised in Queens, New York (July 16, 1986), Jennifer grew up listening to all different styles of music, from reggae to rock. At the age of 14, during NYC’s underground Sound Factory Era, Miss Jennifer’s great passion for House Music was born. She was always a vast music collector. But in late 2008 only a couple years ago, what began as a hobby being resident DJ at a few local Queens clubs, turned into Miss Jennifer. She was more captivated by the music, and reactions of the crowds then she could ever imagine, as were they of her. Miss Jennifer’s sets create an undeniable vibe like no other. Her uplifting sounds fill an entire room with waves of energy that indulge from wall to wall with her tech house beats, soul and pulsating drums.
With the help of management team DP Productions Inc, and along with She Productions, Miss Jennifer has become one of New York’s fastest up and coming stars. To her credit Miss Jennifer has spun at renowned New York big rooms such as Pacha NYC, Cielo NYC, Glo (LI), Arena (Asseteria), Love, Tavern (LI), Dream (LI), Coliseum (LI). Miss Jennifer has been featured in the Miami Winter Music Conference (FL) for the past 3 years, as well as venues in Atlantic City (NJ), Park West (Miami), Nocturnal (Miami), Karu &Y (Miami), Mekka (Miami), Therapy (RI), Underbar (Boston), Grand (CT). She has also satisfied crowds outside the states in Santo Domingo and Santigo of the Dominican Republic. And Cartagena, Medellin and Cucuta in Colombia (South America).
This confident Polish beauty has showcased her skills at legendary Jonathan Peter’s 2009 Birthday Party as well as Pacha’s 2010 New Years Eve Party. Miss Jennifer won by most vote a main stage spot at the Black & White 2-day Festival in New York on Governors Island. At this historic event she spun amongst Chus & Ceballos, Chriss Vargas, Jonathan Peters, DJ Vibe, and 50 other DJs at the massive outdoor festival.
In the Spring of 2011 Miss Jennifer released her first album, Nervous Nitelife: Miss Jennifer on Nervous Records. The album made top 200 Dance albums chart on iTunes in its first day of sales. The release also included her first original track called “Letting Go”, which hit top 100 house chart on Beatport also in its first week of sales.
Miss Jennifer’s determination and dedication to music and her fans create an unforgettable musical production with each performance. Her sets are directly inspired by her audience, her ability to read an audience and adapt her sound is uncanny. Miss Jennifer will guide the social atmosphere to the next level with her versatility and unique sound.

No upcoming events with Miss Jennifer