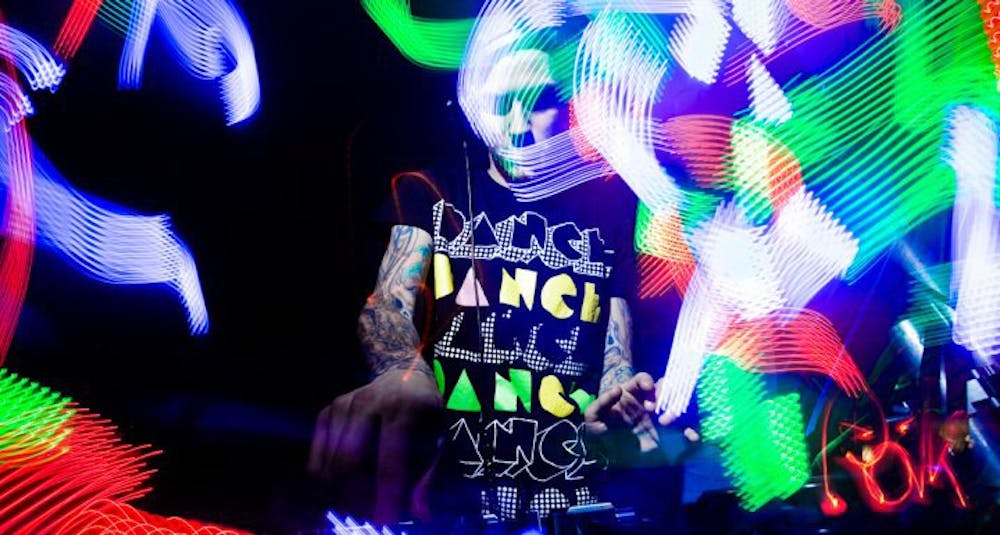 Follow Mikael Weermets to get alerts about upcoming events and special deals!

In the modern era if dance music, Sweden has done for house musc was the Netherlands did for trance and Germany for techno.

Without further ado, here are Mikael Weermets top 10 tracks of all time:

5. My Feelings For You - Tom Geiss vs Mikael Weermets & Johan Wedel Remix

In the modern era if dance music, Sweden has done for house musc was the Netherlands did for trance and Germany for techno. From electronic titans Eric Prydz, Sebastian Ingrosso and Steve Angello to rising talents such as Avicii, Dada Life and Adrian Lux, Sweden has arguably produced some of the scenes most exported performers in recent times. The awareness of these artists' has given rise to...a new generation of grassroots talent nad one such naem that is hotly tipped to follow in the same footsteps as his predecessors is Mikael Weermets.

His first foray into the world of dance floors and hosue music came at the tender age of 19. Since then he has gone on to become one of his natuve homes' most revered young DJs, attracting house-praise with both his technique abilities behind the CDJs and his experimental jack beats style that fuses chugging funky beats with groovy baselines and hadns in the air drops.

In 2007, he became the youngest DJ ever reached the finals of SMC (Scandinavian Music Convention) competing against household names like Eric Prydz, Axwell and Stonebridge. That same yera he was voted 'Best Swedish DJ' in Megamind.se annual Most Popular Nordic DJ Poll and then jumping on residencys for Ministry of Sound, Hed Kandi & the massive radio NRJ.

By the end of 2008, Mikael was also working as a resident tour DJ for Ministry of Sound performing at many of their international events throughout that year.  2009 stood be the first year Mikael stepped into releasing music, what came during those 12 months was a string of early releases for standout imprints such as Vicious Grooves, Superstar, Kontor Records, Spinnin' Recors and Le Mans Recordings. The early success Mikael had achieved with his production did't go unnoticed as support for his music came from a string of heavyweight DJs such as Roger Sanchez, Tiesto, Sander Van Doorn, and Bob Sinclar among others. Mikael talents as a producer were also picked up by Cuepoint TV, who voted him part of their end of the year feature special '5 most up and coming producers in the world.'

The year is now 2013 and Mikael has grown into a very powerful brand in the electronic music business. Late 2011, he signed with record giant EMI and the path of success is going strong for the 25-year-old Swede.

Confirming three of the largest festivals in the world in the early stages of the year is just a teaser of whats coming up next. With numerous remixes on the biggest dance labels in the world, a dozen of massive collaborates and a pending debut album on Kontor Records, the new Swedish super-DJ is holding on eo fhte most busy calendars in the business, traveling all over the globe to perform and show the world that he's one to watch in the coming years. 2011 saw also the launch of Mikael's radio concept which now is picked up by over 15 different FM-stations over the globe. The weekly radio show with its hypnotizing style is one of the most hyped DJ-podcasts out there todya, and is reaching over 55,000 listeners every week.

2013 is the year of Mikael Weermeets, as he has toured on the Generation Wild Tour alongside arists such as  Deniz Koyu, Danny Avila, and DBerrie.

No upcoming events with Mikael Weermets