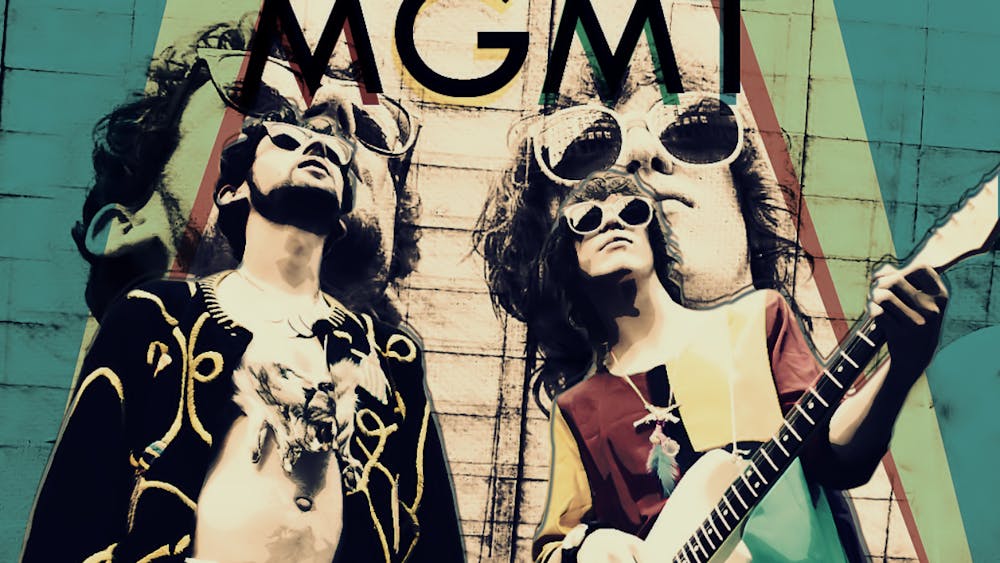 Follow Mgmt to get alerts about upcoming events and special deals!

WHO Andrew VanWyngarden and Ben Goldwasser get a kick out of being irreverent pranksters.

Mgmt has performed in venues such as: Fox Theatre, The Observatory, Webster Hall, The Warfield, The Anthem, Myth, Schimanski

Without further ado, here are Mgmt top 10 tracks of all time:

9. She Works Out Too Much

WHO Andrew VanWyngarden and Ben Goldwasser get a kick out of being irreverent pranksters. While studying music at Wesleyan University in Middleton, Connecticut, the pair formed the electronic-rock group MGMT (pronounced "management") and played at the college's notorious "clothing optional" dorm. The set list? The Ghost Busters theme song, performed ad nauseam. But whenever VanWyngarden or Goldwasser weren't on a stage, the two wrote more-traditional songs together, with the aim of signing to a major label. "We were this unknown band, but we talked a lot about selling out as soon as possible," says VanWyngarden. Still, when Columbia Records came courting them last year, MGMT couldn't bring themselves to take the process seriously. "We were really sarcastic when we met them," VanWyngarden recalls. "They asked us for a list of dream producers, so we made one: Prince, Barack Obama, Nigel Godrich and 'Not Sheryl Crow.' "

Eventually MGMT settled on Flaming Lips producer Dave Fridmann for their debut, Oracular Spectacular. (The disc officially comes out in January but is available on iTunes now.)

SOUND VanWyngarden and Goldwasser spike their pop songs with plenty of grit: "Kids" is a noisy New Order-style synth jam, the acoustic psych-rocker "Weekend Wars" cribs from the Rolling Stones, and "The Handshake" is a funked-up avant-rock composition that doesn't have traditional choruses or verses. "We redid a lot of our songs that sounded too polished," says Goldwasser. "Dave ended up running the tracks through this thing that crushed them and made them sound really gross again. They're a lot better now."

Despite major-label backing, MGMT have kept some indie cred: They've toured a few times with Of Montreal, and the art-rock group's frontman, Kevin Barnes, is working with VanWyngarden on a side project called Blik Fang. "They don't get hung up on having this anti-corporate punk-rock attitude," says Barnes. "And I think it's a good thing."

BACK TO NATURE Even though VanWyngarden and Goldwasser have gone straight careerwise, they've kept their sense of humor. The keyboard melody on MGMT's best song, "Time to Pretend," a spoof of the stereotypical rock-star lifestyle, was inspired by the jerky movements of the duo's pet praying mantis. After the insect died, VanWyngarden and Goldwasser kept its egg sac, which soon hatched, unleashing hundreds of baby praying mantises in their house. "We tried to name them all, but they died after a day," says Goldwasser. "It was the dead of winter, so there wasn't much we could do," adds VanWyngarden. "But the praying-mantis dance inspired us."

No upcoming events with Mgmt