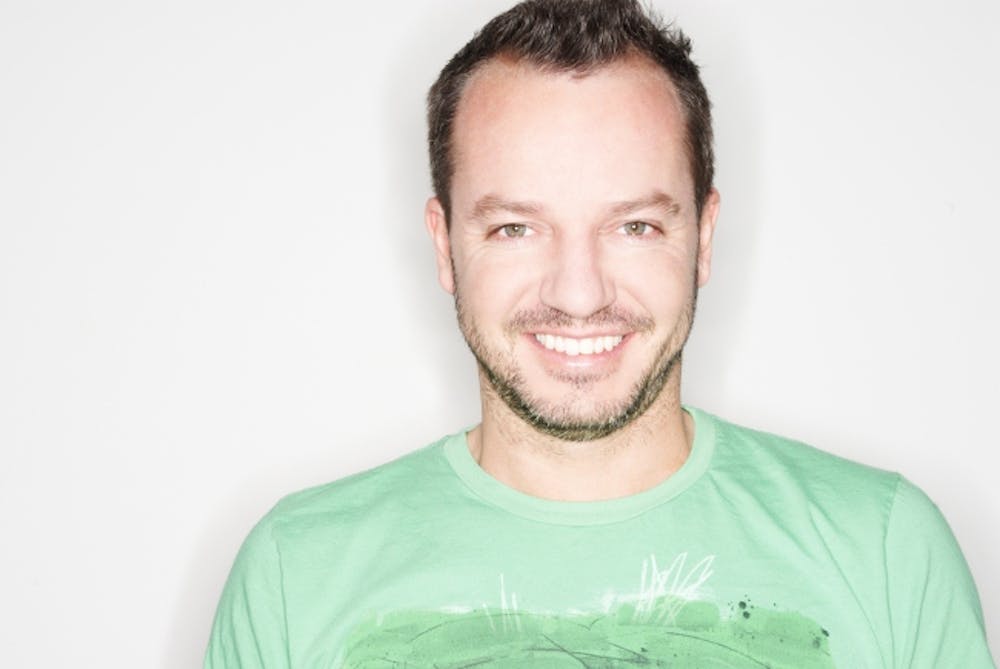 Follow Max Graham to get alerts about upcoming events and special deals!

Montreal-based DJ and producer Max Graham has earned international recognition commanding the charts with his productions and remixes while shaking dance floors world wide. As both producer and DJ, Max has stretched his sound the world over, headlining at renowned clubs and festivals in over 60 countries around the globe.

Max Graham has performed in venues such as: Monarch, The Underground, M.I.A, One Loft, Sound Bar, Spybar

Without further ado, here are Max Graham top 10 tracks of all time:

2. Do What U Want - Max Graham Afterhours In Montreal Mix

4. Sun In The Winter - Estiva Remix

5. Not Over Yet - Max Graham vs Protoculture Radio Edit

8. Sun In The Winter - Estiva Remix

10. Do What U Want - Max Graham Afterhours In Montreal Mix

As both producer and DJ, Max has stretched his sound the world over, headlining at renowned clubs and festivals in over 60 countries around the globe. His sound is constantly evolving; Max has the rare ability to masterfully combine pure house music with his own favourite tracks from a variety of dance music genres including progressive and techno. His sets are notorious for their seamless integration of deep, dynamic baselines, energetic rhythms, and elevating melodies, luring the crowd into a hypnotic frenzy. During this ride you are sure to hear a selection of Max's own productions, which include over 20 original tracks and more than 30 remixes.

Born in the UK, Max spent his formative years living in music-driven cities, New York City and Los Angeles, before settling in the unlikely house music city - Ottawa, Canada in 1989. Starting off in the early 90’s as a hip-hop/scratch and Top 40 DJ, Max adopted electronic music after experiencing the rave scene in Montreal at the beginning of what is known now as the dance club renaissance—a movement that gave rise to a new style of house, labeled ‘progressive’. At a time when New York house controlled the club circuit in North America, Max embraced the melodic style of UK house and began to branch out into his own unique sound.

As a purveyor of the progressive sound, Max was at the forefront of Canada’s growing dance scene, gracing the decks weekly at Atomic night club in Ottawa, a hot spot that left a huge cultural imprint on the Canadian electronic music scene. His legendary 6-hour sets at Atomic were pivotal in Canada’s dance music evolution.

In 2000, Max moved to Vancouver to begin his professional production career. There he created his first hits Airtight and Tell You, which propelled Max onto the international music scene. Airtight proved to be a landmark in Max’s career, earning airtime on Pete Tong’s Essential Mix on Radio 1 and receiving a nomination for a Juno Award — the Canadian equivalent of a Grammy. The track also gained the interest of Paul Oakenfold who signed the single to both his US and UK Perfecto Presents Another World compilations, before inviting Max to join him on his world tour for dates throughout North America and at the famed Pacha in Ibiza.

In 2001, Max mixed the fourth installment of the Transport mix CD series, hailed as one of the best electronic albums of the year. The album’s success positioned Max firmly on the tour circuit where he garnered a legion of fans and earned the #23 spot on the prestigious, publicly-voted DJ Mag Top 100 list, the highest new entry that year.

Max embarked on a personal excursion to Bali in 2003, following a steadfast two year run managing demanding production and tour schedules. “Things were mad during those two years, I was being booked to play trance clubs when I don’t play trance… I was feeling disjointed and slightly out of control, flying from gig to gig without taking the time to make sure I was making the right decisions.” Max returned from the self imposed break and relocated to Montreal; it was all that he needed to regain his creativity and inspiration. He returned to producing in 2004 having secured an artistic connection with a city that provides him with inner peace.

Max’s newfound inspiration led to the 2005 release of Owner of a Lonely Heart. The success of the crossover mix confirmed Max’s chart potential and he was soon called upon to employ his innovative bassline heavy production style to tracks by Guy Gerber, BodyRockers and Yoshitoshi Records label-heads, Deep Dish. The same year, Max fashioned two hit tracks exhibiting his versatility as a composer. The electro-stormer Crank reached #1 on Beatport, while I Know You’re Gone, an emotional production featuring Jessica Jacobs, proved a mainstay in the boxes of Markus Schulz and Armin Van Buuren.

2006 saw the broadcast of Max’s long overdue first Essential Mix for BBC Radio 1 and welcomed the launch of Max’s second label, Re*brand Records, so called as a tongue in cheek reference to the constant evolution of dance music and Max’s own undefineable style. The new label saw early success in 2007 with releases from relative newcomers Tim Davison and Patch Park.

Despite his heavy touring schedule, Max continues to work tirelessly in the studio. In April 2008, Max partnered with Armin Van Buuren’s comprehensive record label, Armada Music to distribute his Re*brand record label worldwide. The first product of the joint venture was Max’s EP Max Graham – Carbine/Turkish Delight released May 2008. Soon after, Armada released Re*brand - The Story So Far on iTunes, a digital mix of Max's favourites, featuring tracks signed to Re*brand as well as original Max Graham productions and remixes. 2008 will continue to turn out Max Graham originals and his first artist album, set to be released this fall, promises to move the masses, providing both a personal indication of where Max is now and a reflection of his past accomplishments, defining yet another chapter in his extraordinary career.

No upcoming events with Max Graham