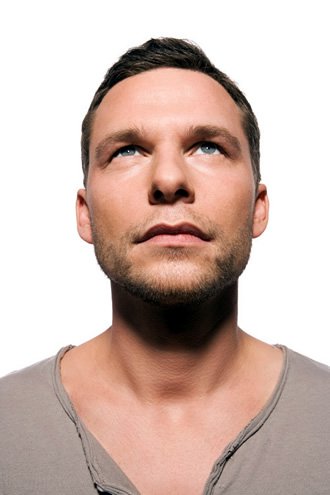 Martin Buttrich is famously as fluent behind a mixing console as in front of a virtual drum kit.

Martin Buttrich has performed in venues such as: Avant Gardner (Mirage), Do Not Sit On The Furniture, Flash, Floyd, Kater Blau, Knockdown Center, Ministry of Sound, National Hotel, One Loft, R33

Without further ado, here are Martin Buttrich top 10 tracks of all time:

2. Enough Love To Hate It

Martin Buttrich is famously as fluent behind a mixing console as in front of a virtual drum kit. That technical prowess, combined with a fascination for music of every shape, has resulted in outstanding releases on influential labels such as Planet E, Four:Twenty, Cocoon, Poker Flat, Nervous and Desolat. He’s also put his sonic thumbprint on many big ticket artists, notably receiving a Grammy nomination for a Tori Amos remix in 2003. Such diverse musical horizons are rare. While other prolific artists may have slowly watered down their music, Buttrich’s star has risen in diametric opposition. His vision has become more and more condensed, more and more crystallised. Flipping and puncturing grooves in a live setting is a snap for him, and he’s entranced audiences at festivals like Time Warp and Creamfields, at temples of boom such as Fabric (London), Womb (Tokyo), Cocoon (Frankfurt), Panorama Bar (Berlin) and Amnesia (Ibiza) and at worldwide Desolat Experience parties with Loco Dice.

When people say “Buttrich’s music sounds amazing”, they’re not just talking about the catchiness of his compositions or the way he manipulates beats into unique tapestries. His skills with a sonic scalpel – that esoteric ability to navigate the spectrum of audible (and inaudible) frequencies – have given him cachet among sound engineers. An incredible work ethic combined with a flexible, curious, and humorous approach have made him truly great at what he does.

Buttrich’s journey into electronic music began in clubs in Berlin and Hannover at the dawn of the ‘90s, when post-Summer of Love-Europe began to swing to its own hypnotic, machine-like groove. At 18 years old he began experimenting with production as X-Rotation (with Daniel Bross), which led to the projects Rhythm Assault, Sounds of Life and Phunk Diggaz (with engineer Andy Bolleshon).

Buttrich began a notorious collaboration with his then co-worker at Peppermint Jam distribution, Timo Maas, in the mid-‘90s (they worked the telephones together). After setting up his first studio in the basement of the Peppermint Park studio building, the partnership led to over 100 co-productions and remixes that included Madonna, Muse, Fatboy Slim. Josh Wink and Green Velvet. Buttrich has produced funk legend Bootsy Collins, while switching the patterns for artists including Tom Jones, Kelis, Moloko, Depeche Mode, Placebo, Yello, War and Roger Sanchez. His Azzido Da Bass “Dooms Night” remix with Timo Maas hit the UK top ten charts.

All the while he created an impressive library of beats and collected an arsenal of music production equipment for his studio in Timetools, a studio complex founded in 1997 in Hannover with a group of musicians. Buttrich is happy with the subtle crunch of an SP-12 sampler and the ‘smoky’ vibe of his analog mixing desk – adding a bass guitar or other instrument when necessary. But he’s not above having fun with a laptop either: approaching music programs as if they were video games. He doesn’t rely on any one machine or music composition technique, and his array of outboard gear is mouth-wateringly state of the art.
But he never loses touch with the gritty, human side of music, and the environments that it is played in.

Another key musical partnership, with Loco Dice, begun in 2002, undoubtedly inspired Buttrich to delve deeper into the musical histories that first lured him towards after-dark melodies. In a short space of time they’d built up a deep discography creating an era-defining sound in the process. They spent more than half a year living in New York in 2006/2007, with half of Buttrich’s studio set up in a rickety hideaway in Brooklyn that looked out over Manhattan’s vistas. Between late night production sessions and snowstorms, their Desolat label came to life.
Having his debut solo album Crash Test released on Desolat in early 2010, Martin Buttrich is taking his vision to the road, fusing wild imagination with solid musical architecture, cherry-picked inspiration with true perfection of his musical craft.

Since then constantly on tour, in 2011 Martin Buttrich still has dropped a remarkable collection of music - productions like “Fire Files” EP on Desolat or remixes for Marco Carola and Lee Curtiss amongst others.
Currently based in LA, Martin Buttrich is working on his second artist album and a jazz project called The Stoned Autopilot.
Stay tuned.

No upcoming events with Martin Buttrich