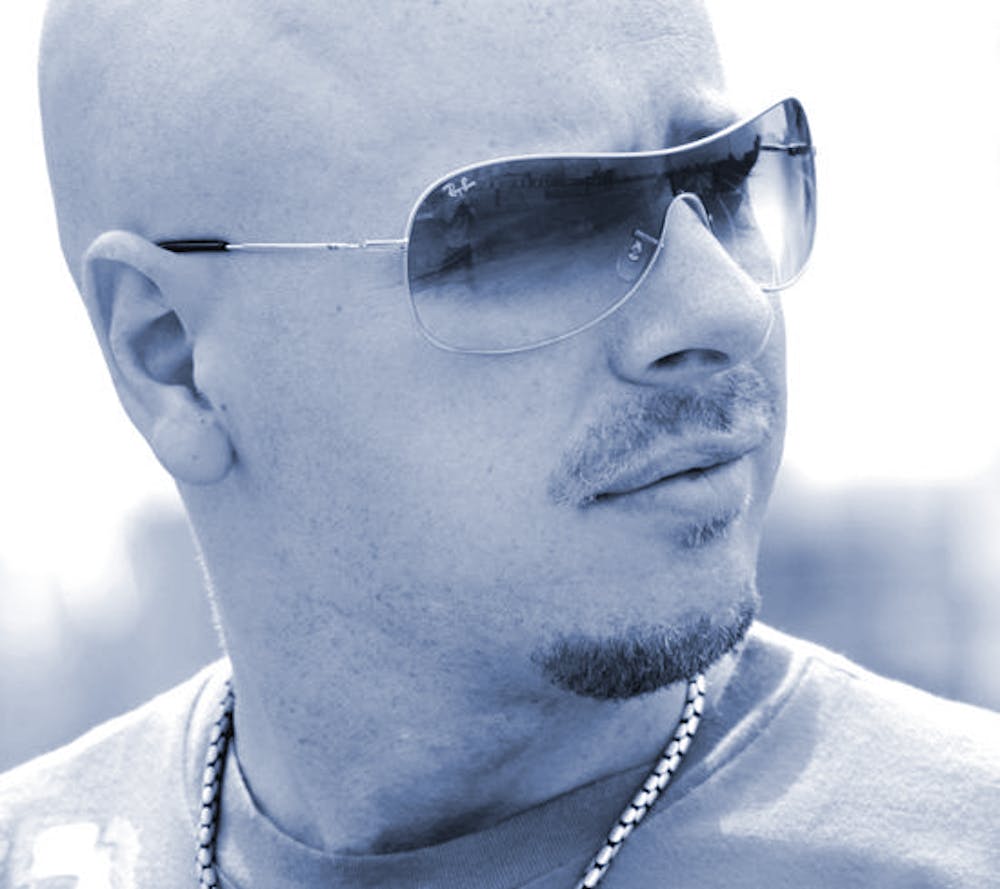 Follow Martijn Ten Velden to get alerts about upcoming events and special deals!

Born and bred in Haarlem, Holland, Hip Hop was where Martijn made a name for himself early on in his career, tasting success as the DJ of Dutch hip hop collective "Da Mad Scientists".

Without further ado, here are Martijn Ten Velden top 10 tracks of all time:

1. I Wish U Would - Martijn Ten Velden's Club Mix Revisited

5. I Wish U Would - Martijn Ten Velden's Revisited Mix

6. I Wish You Were Here - Martijn ten Velden Remix

10. I Wish U Would - Tom Novy Summer Anthem Mix

Born and bred in Haarlem, Holland, Hip Hop was where Martijn made a name for himself early on in his career, tasting success as the DJ of Dutch hip hop collective "Da Mad Scientists". They played all over Holland between 1987 – 1989 at venues such as the Paradiso, Mazzo, Rothanhuis, Akhnaton, and DMC Amsterdam 1998 and supported some of the great world renowned hip hop acts of the time like Kool Moe Dee, Stetsasonic, Cash Money and Marvelous. Martijn even found himself guest Djing with the Stereo Mc's!!

In 1990 the now well respected producer, writer, remixer, and all round studio talent, decided to move to London and bring his musical talent to the shores of the UK. He found himself well and truly immersed in the UK hip hop scene and in 1993 co-produced and co-wrote an album for Ignorants. The album was recorded in Sarm West Studios over a period of 3 months and the single Phat Girls reached no 56 in the UK national charts – no mean feat for an underground hip hop record at the time!

In the same year, he started the band Saxual Harassment with saxophonist Howard Sie and in the following two years they released three singles and an album, toured Holland with a live band and were nominated for the Heineken Crossover Awards in 1995.

It wasn't long though before the sound of house music won him over and here begins Martijn's journey to become one of today's most respected and innovative producers on the scene.

Having found himself Djing to house crowds throughout the UK, Europe and Middle East, he decided to hook up with production partner and fellow DJ, David James to form the inimitable Audio Drive.

Together they remixed the likes of Ms Dynamite 'Booo!', Michael Moog 'You Belong to Me', DB Boulevard 'Point of View', Agent Sumo 'Why', Eddie Grant, the Sugababes ‘Angels with dirty faces' and Tom Novy ‘It's Over' and found themselves at number 1 in the Hype Chart with the Audio Drive remix of "Tide of Dreams" by Prophets of Sound. They also co-produced (with Grammy Award winner Rick Nowels) a track for Kylie called "Whenever you feel like it"' which was an exclusive on the Scooby Doo Original Soundtrack CD and found its way onto her Fever remixed album.

Many of their own productions were released on their label Dirty Skankin Sounds and they found themselves licensed to a wide variety of international quality house comps (e.g DC10's Circo Loco and Pete Tong's Clubbers Bible). Then they did the "Voodoo Magic EP" on Fluential / Defected Records followed by ‘I Feel Good', which was the first release of the now renowned Toolroom Records. Their last production together was a remake of the classic 'Come Get My Lovin' by Dione, under the guise DJMTV on Fantastic House / HiBias. Roger Sanchez loved the track so much, he made it 'New York's finest' on his Release Yourself Radio show.

Never one to stand still, Martijn then began working with Mark Knight and another successful partnership was in the making. Their first production, 'Our House EP' was released on DTPM and it reached number 6 in the BuzzChart, number 8 in the HypeChart and had massive radio support from Pete Tong. DTPM held a special launch party for the release @ Fabric where the boys played a blistering four deck set which rocked the club till the early hours of the morning.

Their next production was 'Acid Test', released on Fantastic House in March 2004, with radio support again from Tong plus Seb Fontaine, Annie Nightingale, X-press 2 and hailed by Steve Lawler as his biggest track of 2003. It was soon clear that Martijn and Mark had a winning formula and other projects including 'The Hedgetrimerz', released on Toolroom Trax in the summer of 2004, were not only popular club tracks but working on radio too – this track had seven plays in a row by Seb Fontaine on Radio 1! Martijn and Mark's latest production 'A New Reality' featuring E Man on MN2S, was released January 2005 and reached no. 2 in the UK Hype Chart.

It was only natural that with this success and demand, the boys would soon be remixing and they soon built up a string of high profile remixes : Soul Central 'Strings of Life', Brad Carter 'Morning Always Comes too Soon', Portobella 'Vive Le Difference', ATFC 'Fall Down', Narcotic Thrust 'When the Dawn Breaks', Holmes St. Ives '8 Letters' and Ferrer & Sydenham 'Sandcastles', All of which have kept Martijn well & truly in the dance charts and on dancefloors around the world.

And of course it comes as no surprise that Martijn and Mark were nominated for "Best Artist" and "Outstanding Remix" @ the House Music Awards 2005. (www.housemusicawards.com).

However, keen to keep his name in the headlines, Martijn also enjoys working on solo productions and other interesting collaborations. He's crafted a sound which is undeniably funky yet tribal with progressive and electro overtones and as one major fan put it "bye bye soulful house, welcome to the dark side. Shamone Mother FS" !!!!!!!!!

'The Sureshot EP' came out on Nocturnal Groove (Home of Shapeshifters 'Lola's theme' ) and reached number 8 in the Buzz Chart. His current release solo release is on Phonetic Records entitled "Wish U Would" and has been signed to nearly every territory around the world, to the likes of Be Yourself in Benelux, Sony / BMG in Canada and EMI in Australia. He has also released Bleeep on Toolroom Records with fellow Dutchman, Lucien Foort plus there is a very exciting new project to be unveiled in late 2006 with breakbeat don, Mark Yardley from Stanton Warriors.

Djing is of course another major part of his life and represented by Main Stage Artists Booking agency (Eric Prydz, Shapeshifters, Ali B, Ferry Corsten) Martijn is booked throughout the world to play his twisted house sets. He has played the DJ Magazine Arena at the infamous Opening of Space-Ibiza, becoming the first Dutch DJ to do so, headlined at The Fresh Master Class Festival, played at "Another Twisted Halloween" alongside Mr C and Sister Bliss, dj'd at the Get Loaded Festival in Glasgow alongside James Zabiela and Danny Rampling plus he DJ's bi- monthly @ the Cross for Renaissance. He has to be one of the most enthusiastic DJ's out there and was noted by Cooljunkie for his energy "--he smiles, he dances and he sends out this vibe that feels like he actually knows what you're feeling while he spins; he's in total harmony with the crowd!"

So it seems clear to all around that Martijn's diverse musical influences coupled with his love for all that is quality in house music, will ensure he continues his rise to the top. Make no mistake - this is the true story of one major flying Dutchman!