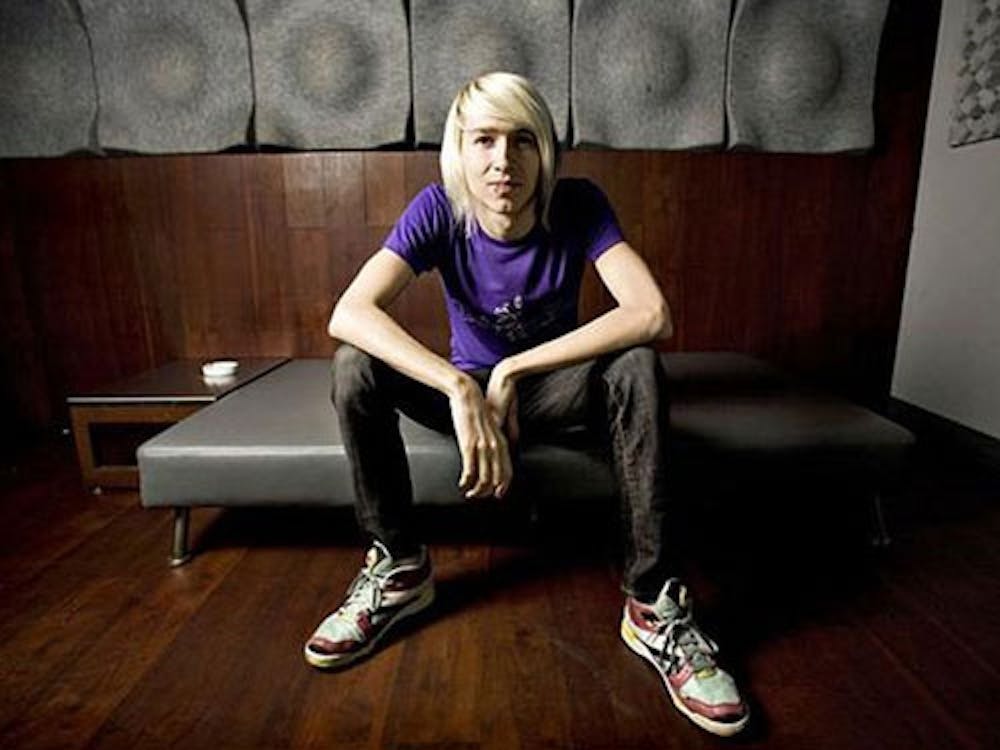 Follow Le Castle Vania to get alerts about upcoming events and special deals!

Atlanta based and internationally known, Le Castle Vania, commonly known as Dylan Eiland, quickly escaped the local trappings of his hometown in Georgia to play music around the world.

Without further ado, here are Le Castle Vania top 10 tracks of all time:

Atlanta based and internationally known, Le Castle Vania, commonly known as Dylan Eiland, quickly escaped the local trappings of his hometown in Georgia to play music around the world. Atlanta’s burgeoning music scene allowed him to develop his passion for music and nightlife, and he soon gained notoriety with his riotous DJ sets and penchant for production, which made him a household name in the dirty and distorted, indie-electro scene.

Since the summer of 2006, Le Castle Vania has toured nonstop, taking his catchy electro dance beats on the road.  He blurs the lines between cultures and cliques, from Mexico City to London Town, with his own signatory sound. He has DJed along side some of today’s hottest acts, such as Justice, MSTRKRFT, Simian Mobile Disco, Busy P, Uffie & Feadz, Kavinsky, Soulwax, Surkin, Para One, The Presets, Steve Aoki and Crystal Castles. However, Dylan prides himself on more than simply pushing vinyl for the masses.  He’s also an avid producer and engineer; when not on the road he’s locked in the studio writing tracks from scratch and remixing his favorite bands. The attention he received from his remix of “Black Eyes” by Indie darlings Snowden (Jade Tree Records), quickly put Dylan on the map, the track continues to rock dance floors worldwide.

His signature sound blends grinding disco punk with strong electronic beats and catchy synth leads, resulting in banging electro music that is dark and dirty but somehow equally uplifting and dancey. New mixes to check out include Tigertron, an original work off of his first non-remix release, “Troubletron EP,” and remixes of “Come Out” for 120 days (Vice Records) and “Bombs” for Scanners (Dim Mak Records), which have all received critical appraisal from the indie electro world.

URB Magazine included Le Castle Vania in their Next 100 for 2008, NYLON and Jane Magazine absolutely demand he play at their events.  Fader, Flavorpill and BigStereo have all “raved” about his remixes.  It’s clear this is a talent not to be dismissed, for Le Castle Vania is sure to be on the tip of everyone’s tongue and his sounds to be banging in everyone’s heads throughout 2008.

His most recent creative endeavor is one part musical production, one part DJ performance, one part Blake Miller of Moving Units/Weird Science notoriety, and numerous parts of innovation…namely Lies In Disguise. After finding a home at So Sweet Records and cranking out some original tracks and remixes for Partyshank and Toxic Avenger, these two have gained notoriety as the up-and-comers to keep your eye on.  They are currently working on remixes for Shinichi Osawa and Late of the Pier and are gearing up for a DJ tour to Mexico and Europe.