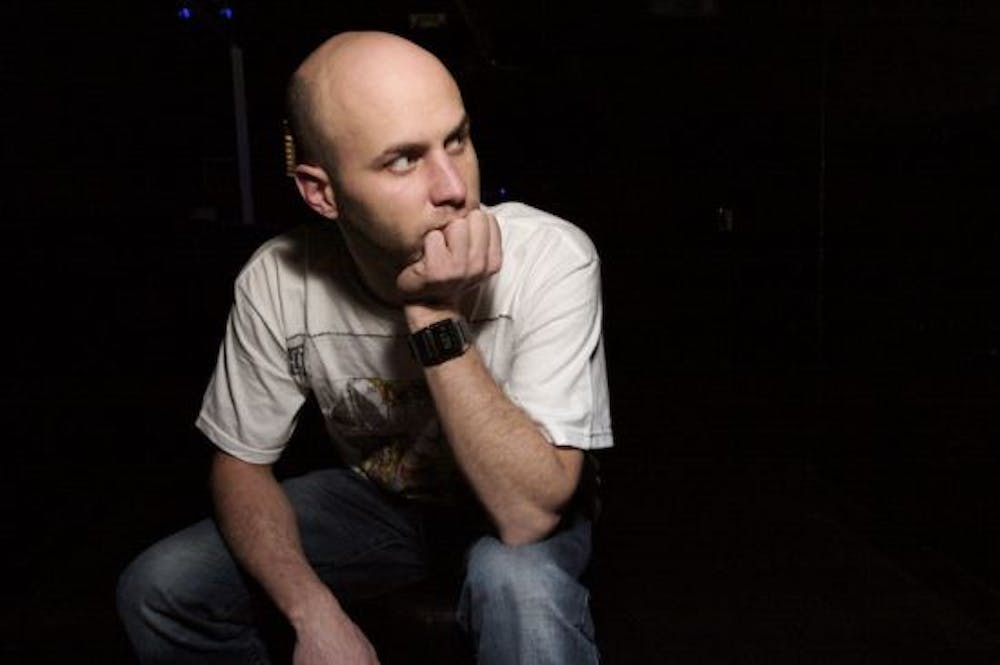 Follow Krazy Baldhead to get alerts about upcoming events and special deals!

KRAZY BALDHEAD, 34 years old, child of the south of France who became a Parisian, jazzman (10 years at the music academy) and sometimes sound engineer for a radio in prison. He bought his first machines in 1998, groped around, and then decided to become a full-time musician in 2002.

Without further ado, here are Krazy Baldhead top 10 tracks of all time:

KRAZY BALDHEAD, 34 years old, child of the south of France who became a Parisian, jazzman (10 years at the music academy) and sometimes sound engineer for a radio in prison.

He bought his first machines in 1998, groped around, and then decided to become a full-time musician in 2002. He still had a barbaric pseudonym when he sent his demo to Pedro Winter, who saw in him a good mid-tempo alternative for his quite young label Ed Banger records. «Bill’s Break», his first EP on Ed Banger records, came out in 2004. The young Para One and Feadz took care of remixing the tracks of the record which surprised the first fans of the label.

A dirty groove and some abstract beats permited KRAZY BALDHEAD to make his mark within Ed Banger. In order to wait and to find himself, he offered «Time Period» to us, a 7’’ that caused him a coparison to DJ Shadow!

Things started going faster, he remixed the noisy duo dDamage, the funky duo Outlines and met the Brooklyn rapper TES, signed on Lex/Warp. TES’ featuring on «Crazy Moth3f2ck8z», extract of KRAZY BLADHEAD’s second EP «Dry Guillotine», comfirmed Ed Banger’s hip hop turning point. Just like Sebastian, Justice or DJ Mehdi, KRAZY BALDHEAD became one of the mainstays of the label. He obviously was part of the «ED REC Vol. II» adventure, with his freezing «Strings of Death», and we saw him again on the last compilation of the label, «ED REC Vol. III» with the spaced out «No Cow, No Pow».

His influences go from the Chemical Brothers to Bill Evans, from A Tribe Called Quest to Joy Division, from Gong to Miles Davis, or even Prefuse 73! There is some blues in his music, but there is above all that liberty his ten years of jazz gave him. KRAZY BALDHEAD is not a DJ! He plays LIVE, often hidden behind his laptop highlighted by a VJ who follows him all around the world. Here again we feel his jazz influences, his sets aren’t prepared and he reacts accrding to the club and to his mood too. His set at Sonar 2008 will remain one of his best memories and his first set at Transmusicales Off in 2004, one of the worsts !

In 2009, KRAZY BALDHEAD gives us his first album, «THE B-SUITE», four movements and 49 minutes of music. We find TES again on a track, and Outlines on the single «Sweet Night». More than ever, KRAZY BALDHEAD proves that Ed Banger records isn’t only the label of a sound, but well and truly the label of an era ; is it an electro album ? a hip hop album ? up to you to estimate.

No upcoming events with Krazy Baldhead