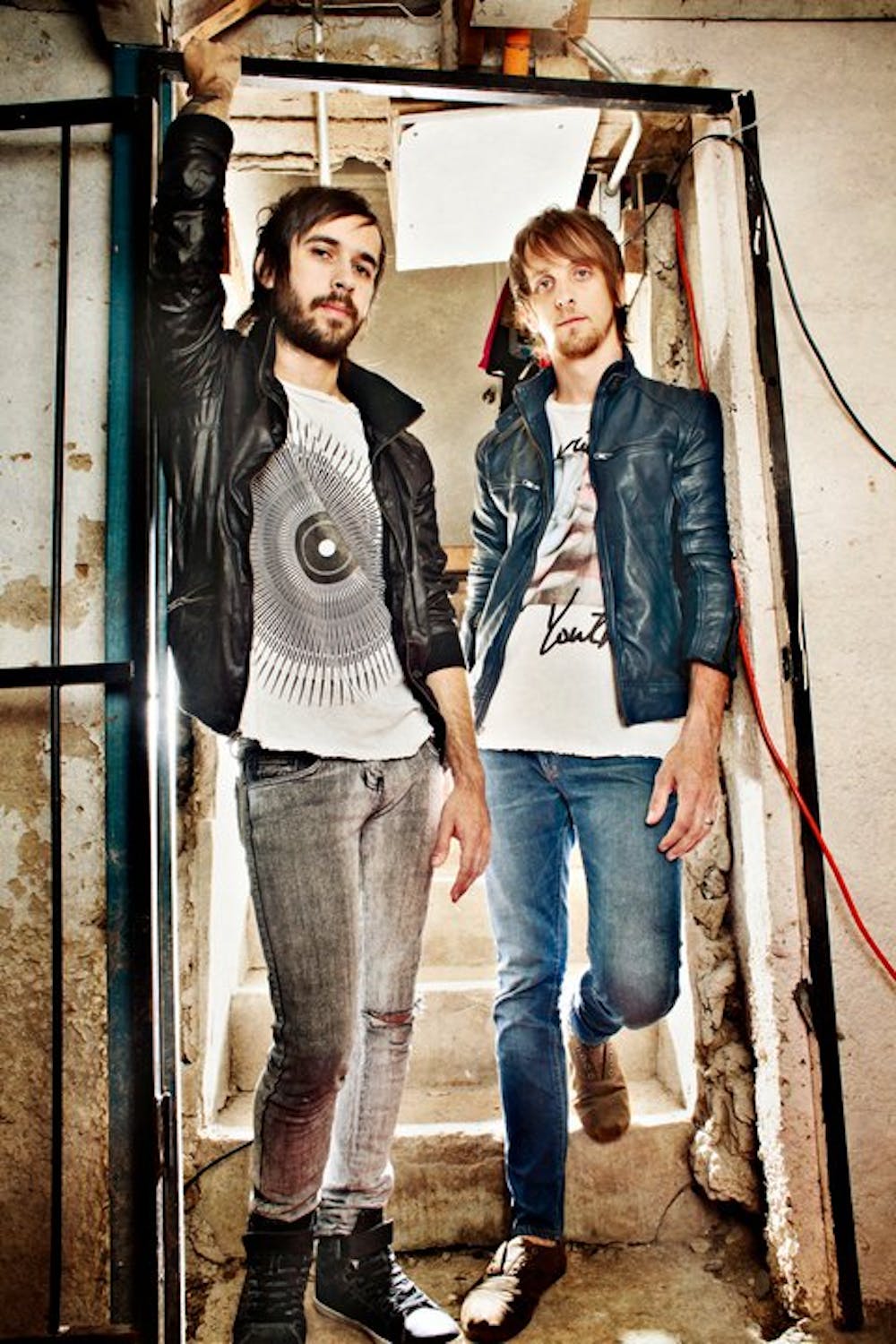 Follow Kids at the Bar to get alerts about upcoming events and special deals!

Hailing from Oklahoma City, Kids At The Bar is the musical project of Producer/DJ duo Chad "Rad" Raunborg and Matt Buckley.

Without further ado, here are Kids at the Bar top 10 tracks of all time:

Kids at the Bar, Lucy Taylor

Whiiite, Kids at the Bar

Lucky Date, Kids at the Bar

8. Space Based - Kids At The Bar Remix

Designer Drugs, Kids at the Bar

9. Your Body On Me - Crystal Vision Remix

10. Your Body On Me - Dirty Disco Youth Remix

Kids at the Bar Details

Hailing from Oklahoma City, Kids At The Bar is the musical project of Producer/DJ duo Chad "Rad" Raunborg and Matt Buckley. Since their debut remix for friends Trash Yourself, Kids at the Bar have quickly become one of the hottest emerging acts in electronic music. In 2010 alone, they have played SXSW, Burning Man, booked a 12 city coast to coast "So We Can Party" tour and shared the stage with th...e biggest DJs in the world at ULTRA music festival. They have been featured in RCKSTR Magazine's October 2010 Hypes Section (www.rockstar.ch/), been played on Kissy Sell Out's BBC Radio 1 show, and have had their tracks featured on endless DJs mixtapes such as Tiesto's Club Life 189.
They have been praised by countless blogs and have reached the top five on Hype Machine's popular list numerous times (reaching number one with their "Walking On A Dream" remix).

After gaining popularity from their remixes (including official remixes for Ellie Goulding, Kill Hannah, Les Savy Fav, Harlem Shakes, Trash Yourself, Toxic Avenger, and Morning Benders to name a few) the duo caught the attention of Eli Smith (So Sweet Records co-founder). So impressed with their work, he jumped at the opportunity to release their debut EP "Exile" on his brand new label KillPop Records, co-owned with Frankmusik.

With the success Kids At The Bar have garnered so far, 2011 sees them expanding their domination even further with a massive tour and many more bone-shattering remixes and originals.

Browse Kids at the Bar Events

Upcoming Kids at the Bar Events

No upcoming events with Kids at the Bar