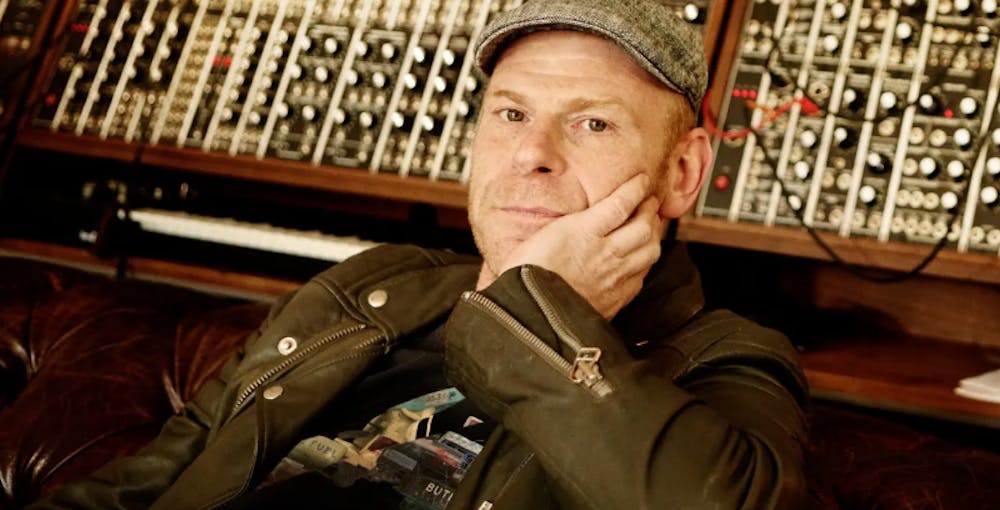 Follow Junkie Xl to get alerts about upcoming events and special deals!

One of the busiest men in the music biz, and a celebrated musician and solo artist in his own right--now with a brand new album TODAY marking his fourth full-length to carry the JUNKIE XL name--Tom Holkenborg is also one of the most popular young composers in Hollywood.

Without further ado, here are Junkie Xl top 10 tracks of all time:

4. At the Speed of Force

5. Is She With You? - Wonder Woman Theme

One of the busiest men in the music biz, and a celebrated musician and solo artist in his own right--now with a brand new album TODAY marking his fourth full-length to carry the JUNKIE XL name--Tom Holkenborg is also one of the most popular young composers in Hollywood. He contributed score to films like The Animatrix, Team America and Kingdom of Heaven, as well as plenty of video games (Destroy All Humans, Xbox's Forza Motorsport) and commercials. Not to mention the fact that he's a producer and revered remixer who masterminded one of the biggest remixes in history: the 2002 resurrection of Elvis Presley's "A Little Less Conversation," a No. 1 smash in 24 countries.

As such, the multi-instrumentalist lives the type of life that budding--and even highly accomplished--musicians dream of. He hears his creations on TV, in movie theaters, on the radio, in clubs and record stores. But while he has virtually conquered every medium, not all offer him the freedom he's afforded as the one-man band Junkie XL. When remixing, or making music for movies, commercials or video games, the Holland native has to work within certain, sometimes narrow, sometimes roomy parameters. With Junkie XL, he's afforded an opportunity to do whatever--and go wherever he wants--musically and creatively. It's an opportunity for him to be entirely himself.

And with the new Today, he's probably more himself than ever before. Reverting to the more guitar-based sound of his first two discs, Today is lyrically more personal, musically more cohesive and focused than any other Junkie XL disc. "My previous albums would go all over the place, from reggae to funk to techno, whatever," Holkenborg says. "The last three albums were big, conceptual albums, with a whole theory behind them, and for this album, I just went back to basics. I wanted to make 10 great tracks. This album is more of just one thing; it's really a vibe that I'm in right now. So that's why it's called Today. It's pretty much where I stand right now in my musical development."

Part of going back to basics was making sure that these tracks were threaded together with one continuous sound, in this case a warn, melancholic feeling, which brought Holkenborg back to the guitar while writing the songs in the early, winter months of 2005. "That's exactly the atmosphere in which I made this music," he says. "I began by sitting in the living room, or in the studio downstairs, dimming the lights and recording guitars--taking bits and pieces of those recordings to shape the songs. I based all the music on guitar melodies and riffs. They may have been treated afterwards extensively by sounders and programmers, but all the guitar and bass guitar parts were played live and recorded in my studio. All the songs just started from there."

An often gorgeous journey through Holkenborg's musical interests, Today is occasionally shot through with riff-rock immediacy, and more often recalls the melodic beauty of New Order, while sometimes throbbing and pulsing like a house record. Instrumental highlights include "Mushroom," an atmospheric track that Holkenborg describes as "almost like U2 on ecstasy"; "Such A Tease," the first track created for Today; and "Honey."

While he has in the past employed various high-profile voices onto a single album, this time, with the disc being a much more personal effort, he settled on just one singer, newcomer Nathan Mader who also co-wrote the lyrics for "Drift Away," "We Become One" and "Even In This Moment." Long-time friend and collaborator Lucas Banker was also involved in writing the lyrics used on Today. The opening song "Youthful" highlights Mader's vocals set against a backdrop of Junkie XL-filtered guitar licks. "'Youthful' is a track that's very much about who I am as a person," says Holkenborg. "Like all of us, I've been through a lot of crap in my life but still underneath there is that young kid with youthful innocence that still comes out and shines like the sun."

Other songs on the album focus on experiences--for example, the album's title track and first single "Today." Holkenborg had relocated from Amsterdam to the Venice Beach area of Los Angeles-to concentrate on film, video game and commercial projects-so the album reflects the changes happening in his life at the time. The title track who's lyrics were written by Banker is about, he says "grabbing the moment of the day: When a good moment happens, just enjoy it, that specific moment. Hold on tight, and don't let it slip away."

While he still plays live about 60 nights a year, living in L.A. has proved agreeable health-wise, and creatively. In Amsterdam he was working in a cellar-based studio often logging 18 hours a day, and seeing little sunlight. Now he makes music just blocks from the ocean in sunny California. Since moving to L.A., he says he learned, from his movie work, the usefulness of maintaining one consistent vibe throughout a project, a lesson he poured into Today.

No upcoming events with Junkie Xl