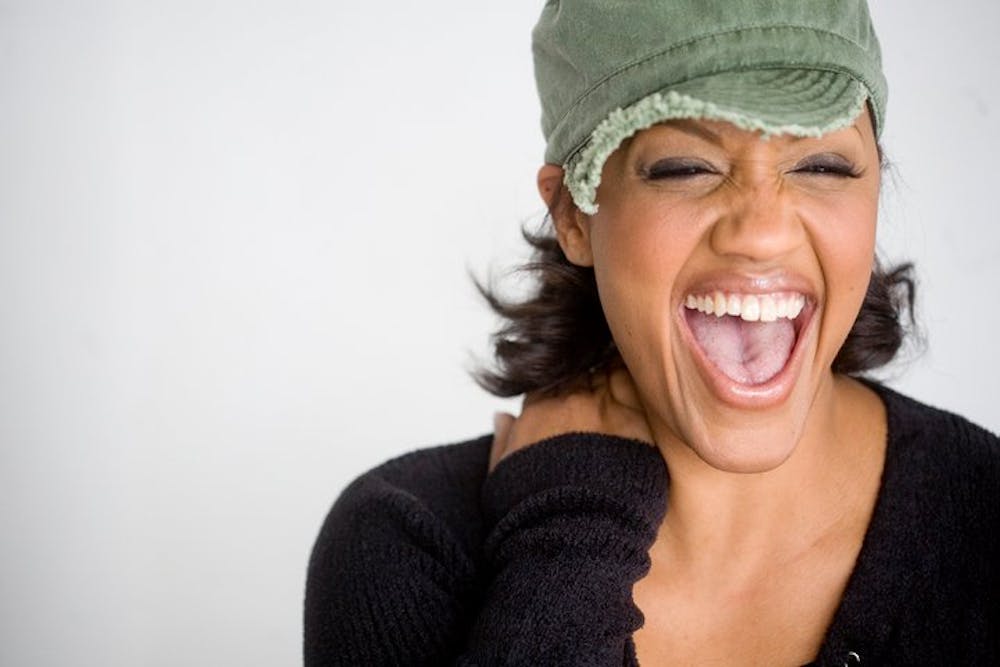 Follow Julie Mcknight to get alerts about upcoming events and special deals!

Providing soul stirring lead vocals on the back to back anthems, "Finally, "Home" and "Diamond Life." All produced and penned by maestro Jay "Sinister" Sealee , Julie's musical background is as diverse as music itself. Born in 1972 in Pottstown, PA, Julie McKnight is a daughter of a Seventh-Day Adventist Minister.

Julie Mcknight has performed in venues such as: Hi Ibiza, Intercontinental Pool

Without further ado, here are Julie Mcknight top 10 tracks of all time:

Providing soul stirring lead vocals on the back to back anthems, "Finally, "Home" and "Diamond Life." All produced and penned by maestro Jay "Sinister" Sealee , Julie's musical background is as diverse as music itself.

Born in 1972 in Pottstown, PA, Julie McKnight is a daughter of a Seventh-Day Adventist Minister. Julie's musical influences begins with her mother Saundra Brooks, who performed at the age of 19 at the Apollo Theatre in New York City after being coerced by her father, Norris Turney, a multi-reed player and member of Duke Ellington's Orchestra. Aretha Franklin may have won that night but Saundra Brooks brought the house down with her rendition of "What A Wonderful World." As the old adage says, "The Apple Doesn't Fall Far From The Tree."

Having moved to Los Angeles in the 80's, Julie's charismatic father, Victor Sr., welcomed people of all faiths and backgrounds into their home. During this time, Julie and her family formed lasting relationships with some of the greatest in music history. Some of these legendary artists include: Jazz Singer and Entertainer Extraordinaire, Nancy Wilson, The Original King of Rock and Roll, Little Richard, Nina Simone and Tony-Award Winning Actor, Singer and Songwriter, Clifton Davis.

Julie has collaborated with, and supplied guest vocals for the likes of Earth, Wind and Fire, The Emotions, and her former husband, Brian McKnight. Coming into her own in the late 90's, Julie, herself would let her own star shine bright enjoying a variety of accolades to include, winning honors for "Finally" the 2001 MTV2 Dancestar Music Awards Song of the Year, Best vocalist, and Best live PA nominations 2005 Dance Music Awards. Julie has brought down the house performing at the majority of the world's hottest stages, festivals and nightclubs spanning from N.Y. and San Francisco to the Isle of Ibiza. In addition, Julie's versatility as a vocal stylist was also put on the frontline this year while touring with her elder sibling, Victor Brooks, Jr., composer and vocalist for his own brazilian world music oriented CD, "Samba Soul",as well as lending her talents to Ze Ricardo and his band in Brazil respectively.

Julie is currently working own her first solo project set for release in 2008. Providing lead vocal on the Jay Omega produced smash lead single "COMPLICATED" an urban pop stormer with metal overtones, destined for high placement on the pop/rnb/urban charts worldwide, the sky is the limit. With her love for all types of music genres, we can only anticipate that the best is yet to come.

No upcoming events with Julie Mcknight