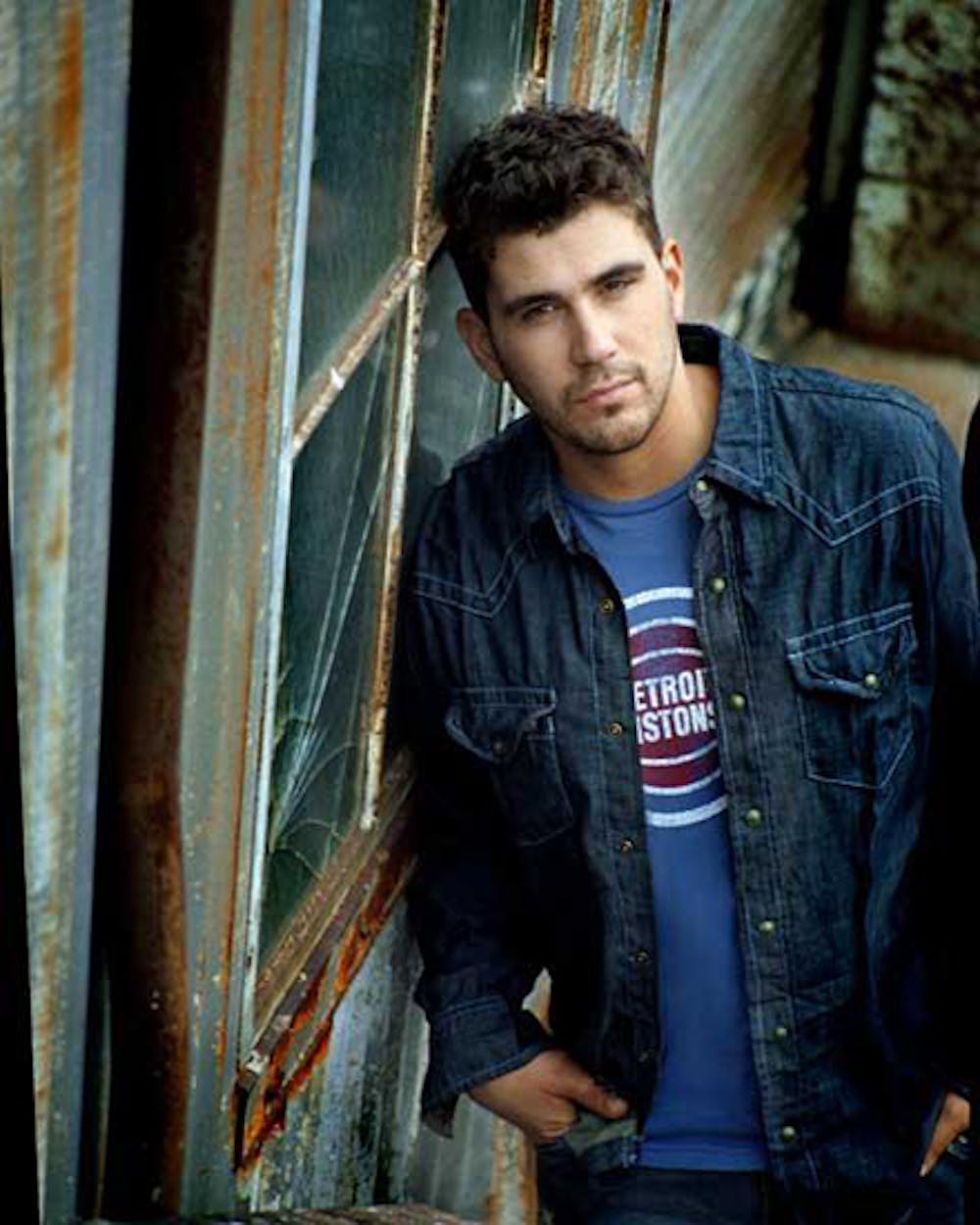 Follow Josh Gracin to get alerts about upcoming events and special deals!

Without further ado, here are Josh Gracin top 10 tracks of all time:

Josh Gracin’s life overflows with extraordinary, character-building stories. But, first and foremost, he’s well-known because he’s an undeniably talented singer and entertainer. So, here are the facts that matter most: He’s one of only two new country artists in recent times to release a debut album with three Top 5 country hits (including the No. 1 hit “Nothin’ to Lose”). He’s also one of only two new male country singers to be introduced in the last two years to earn a gold album, and Gracin’s self-titled debut is quickly edging in on platinum status.

“It’s been an amazing couple of years,” says the broad-shouldered former Marine with the dark eyes and bright smile. “Country music fans have been really receptive and encouraging. I feel like, for a first step, we did really well. But it was just a first step.”

For his next step, Gracin wanted to make a bigger, bolder stride. His sophomore album does just that. It’s a clear, powerful move forward that emphasizes all the energy, humor, outspokenness and depth that makes Gracin one of the great musical discoveries of his generation.

“This album is more me,” says the Michigan native with strong blue-collar roots and a make-it-his-way attitude. “I was able to focus on making the album I wanted to make. For the first album, I was still in the service, so I had to fly in and out to record when I could. It had my undivided attention.” And it shows.

The young star known for his energetic stage performances made sure his new work focused on his strengths: live-wire, rocking country that blends wit and wholesome fun; inspiring story songs about being true to yourself; moral tales rich with Middle-American values and a strong spiritual core; and songs that celebrate the down-to-earth lifestyle that Gracin pursues and personifies.

“I wanted this album to reflect my energy and my values,” he says. “There’s nothing I love more than getting a crowd on its feet and getting them to sing along and rock with me to a great song. I also wanted songs of substance that really explain who I am and what I stand for. And that’s what I hope that we’ve accomplished.”

The album includes such high-speed, fun-filled romps as the first single, “Favorite State of Mind,” which opens with an explosive drum roll and a rowdy blast of down-home rock while paying tribute to the notion that sometimes the greatest vacation is time alone with the one you love.

“Boy, that’s something I completely relate to,” he says. “I spend all my time traveling to all these great places; a great privilege to be able to be doing what I love the most – taking my music out to the world, entertaining my fans and hopefully making new ones. But my favorite place to be? With my wife and with my family; Likely no different than most out there.”

The rowdy cut, “All About Y’all,” is a cheeky paean to red-blooded women and how men strive to please them. Set to a mix of rollicking banjo and power chords, the song highlights Gracin’s one-of-a-kind ability to bring a life-affirming swagger to high-speed lyrics and fist-pumping anthems. Similarly, the hooky, celebratory “Getaway” perfectly encapsulates the excitement of a couple spontaneously taking off for a romantic weekend.

“Every show I do, I see how strongly crowds respond to uptempo songs,” Gracin explains. “I can’t wait to play these new songs to more people, because I’ve already seen how people react to them. I like to use the whole stage, running back and forth when performing, and this album gives me the material to get the job done.”

Meanwhile, the tender “Sweet September” recalls how we never forget the details, or the complex feelings, that come with the first romantic experiences of youth. Elsewhere, Gracin boldly looks at faith and love from different points of view, from the powerful moral reminder of “I Am God” to how love can be everlasting, as touted in the moving “When I’m Gone.”

“It’s important to me that the songs I sing represent my point of view,” Gracin says. “I’ve learned not to back away from what I believe in and from what I think is right. I’ve fought all along to be who I am. The further I go, the more I see that I only succeed when I follow my heart and stay true to myself.”

Indeed, Gracin’s distinguished himself all along by walking to his own drumbeat. He first entered America’s homes as one of the most charismatic and distinctive performers in the second season of American Idol, the first to bring country music to the pop-oriented hit show.

Similarly, Gracin didn’t let his status as an active-duty U.S. Marine keep him from simultaneously serving his country and pursuing a music career. While he had offers to go in other musical directions, Gracin knew he belonged in country music.

Still, Gracin earned his record deal the old-fashioned way. He stood in the offices of Disney’s Lyric Street Records on Nashville’s famed Music Row and, in front of a room of record executives, performed solo. An offer for a recording contract immediately followed.

The rest is when the real story of Josh Gracin begins. His first album introduced him with the top hit singles “I Want to Live,” “Nothin’ to Lose” and “Stay with Me (Brass Bed),” while his electrifying live shows thrilled and energized crowds everywhere. Now a civilian and able to concentrate on his career, he has bought a new home near Nashville with his family.

“My life has changed a lot in a few years, but I haven’t changed,” the singer says. “I have a family that keeps me grounded. For me, it’s all about the music. I just want to get out there and help people have a good time and play some great music for them.”

No upcoming events with Josh Gracin