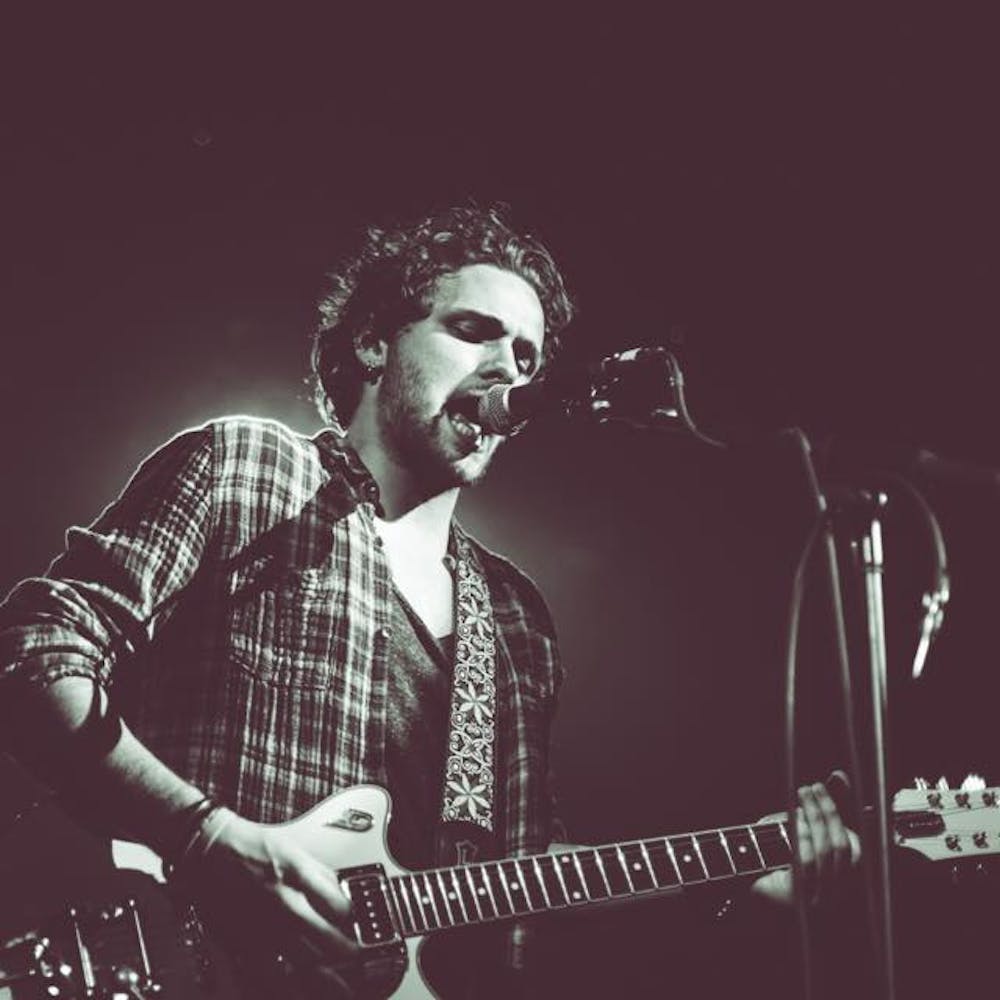 Follow Joel Crouse to get alerts about upcoming events and special deals!

"No matter what, I'm always going to write about what I'm going through," says Joel Crouse, the 22-year old phenom with a voice full of soul, songs full of heart and a tender, twangy touch that makes him the freshest thing to come through Nashville in years.

Joel Crouse has performed in venues such as: Hard Rock Live at Etess Arena

Without further ado, here are Joel Crouse top 10 tracks of all time:

"No matter what, I'm always going to write about what I'm going through," says Joel Crouse, the 22-year old phenom with a voice full of soul, songs full of heart and a tender, twangy touch that makes him the freshest thing to come through Nashville in years. "Because, deep down, country music is about the story."
And Crouse is indeed a storyteller. Though he grew up in Holland, Massachusetts and not the Deep South, the small New England farming town gave this pastor's son the rural life experience that he needed to grow a strong connection with country music and its timeless art of the song. It was his Alabama-bred grandfather who bought the then thirteen-year-old his first guitar and schooled him on the likes of Merle Haggard, Willie Nelson and Waylon Jennings, and he was instantly enamored: by the age of sixteen he'd already begun writing songs, honing his signature strumming style and formed two bands. Since then, he's been working tirelessly to bring his music straight to his fans: no gimmicks, no reality shows, no shortcuts. Just hard work and fearless talent that have taken him from playing dive bars to opening for the likes of Taylor Swift on her Red Tour, The Band Perry and Darius Rucker.
Crouse's debut studio album, Even The River Runs, is a story of this path – his joy, his struggles, his romances (for better or for worse). Whatever he may be singing about, one thing is constant: each and every lyric is completely true to himself. "My songs will always be about honest experience," he says about the ten tracks, each one of which he co-wrote. " I always want to be the one telling my story."
Because at 22, Crouse has always done it his own way. Signed to a record deal at just 19, he knew how important it was to follow his gut even in his early teenage years. Inspired by everyone from Jennings to Keith Urban to John Mayer, his sound formed free of genre walls. "When songs would move me," he muses, "it didn’t matter what genre they were in." It's an approach that helped inform his own unique niche that's a little bit country, a little bit rock 'n' roll and completely original. Growing up as a true fan of music, he says, and not any particular category, helped breed this diverse and exciting point of view.
Crouse has built up a fan base in the old-fashioned method – on the road, in bars and arenas – and he's become known for electric live shows that have charmed audiences originally there to catch superstars like Swift and Rucker into lifelong, devoted followers. "I try very hard to bring as honest of a performance as possible to my fans both old and new," he says passionately. It comes through loud and clear, beaming out in his concerts.
Produced by Jamie Houston, Even The River Runs, spans the gamut of Crouse's musical lexicon, from thumping, honky-tonk barn-burners like "Don't Tell Me" (co-written by Crouse, James Dean Hicks and Jamie Houston and featured on the CW's Hart of Dixie), to the breakout bluesy-twang romper "If You Want Some" or Crouse's personal favorite, "Ruby Puts Her Red Dress On," which is anchored by a smooth vamp evoking his treasured classic rock influences. "It's about some friends deployed to Afghanistan," he recalls. "It's a story song, and one of the deepest on the record."
Crouse is also not shy about exposing his love life in song – though his tales of romance are certainly as rooted in honest experience as everything else on the record. Take "I Never Said I Was In Love," an emotive ballad built on a piano lick that evokes a southern-steeped Bryan Adams. "It's about my commitment issues," he says with a laugh. Others, like the mid-tempo groove of "You Could Break a Heart Like That" showcase his own vulnerable side – and his vocal range, which can go from sultry lows to a stunning falsetto in one fell swoop.
Another track, the fan favorite "Why God Makes Love Songs," is the perfect grooving, clapping ode to summertime love, and on moments like the title track, "Even The River Runs," all of his sides – vintage rock, modern country and dusty blues – come together in one perfect, rollicking ride that puts his guitar chops on full display.
As a writer, Crouse only continues to grow – working with some of the most influential pens in Nashville, from Luke Laird to Craig Wiseman, honing his own style – which sometimes means eschewing current trends and paving his own path that's a departure from current party-oriented, tailgate-loving radio hits. "You might bond with those songs on a Friday night," he says. "But what songs are you going to bond with Monday through Friday, when it's just you in your car? Those moments by yourself, where you just want to relate to someone: those are the songs I want to write."
And some of Crouse's influences aren’t what you might think. "Lyrically, I'm inspired by people who took chances on their music," he says, before naming people like Nirvana and Eminem as well as Tom Petty and the Lumineers. "When you're a true artist, you have to show that raw nerve."
Crouse has come a long way from playing Nashville's Lower Broadway - the street corners, to be exact, because he wasn't even old enough to play in the bars – but he's forever connected to his roots and committed to expressing honesty and tried-and-true country storytelling with a modern spin through his music. "I'm so excited to share my experiences on this record," he says, not before adding, "but I'm already working on new songs." Always creating, always in motion, but never forgetting the past: that's Crouse.

No upcoming events with Joel Crouse