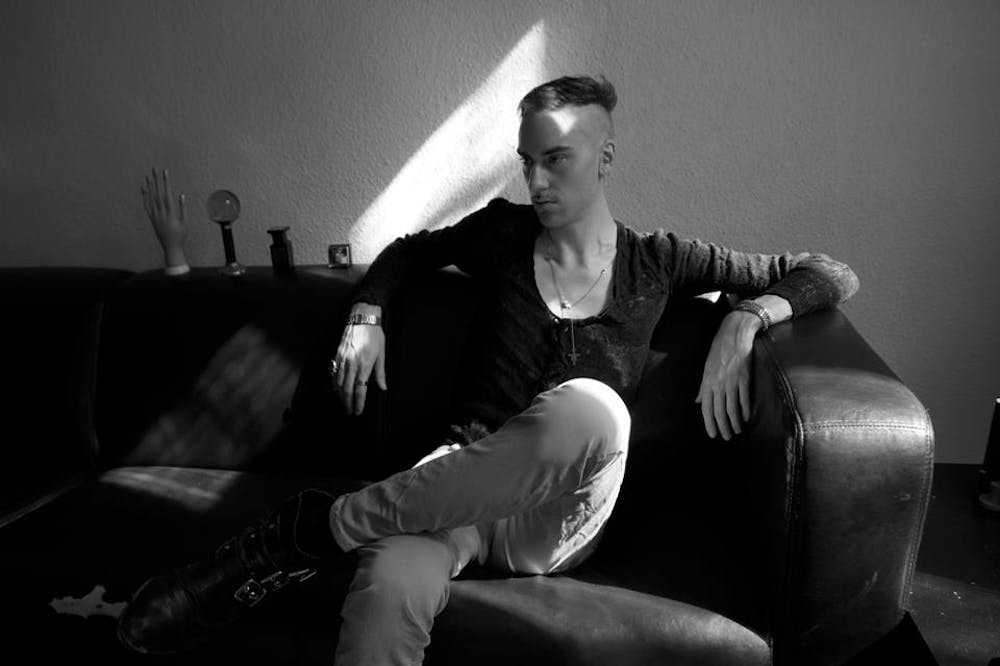 Follow Jimmy Edgar to get alerts about upcoming events and special deals!

Jimmy Edgar has played in major festivals like III Points

Without further ado, here are Jimmy Edgar top 10 tracks of all time:

Lover. Fighter. Prophet. Freak magnet. Time-traveler. Musician, photographer and designer Jimmy Edgard is a wayward star-child streaking across the cosmic dance-floor. Endowed with a supernatural feel for futuristic funk, the Detroit native has been bleeping and grinding about the Milky Way since he was a teenage humanoid. While his peers were worrying about their grades and popularity, Edgar was spinning alongside his hometown's DJ heroes and programming intricate beats that were unquestionable interplanetary communication disguised as dance music.

In 2001 at the tender age of 18, his hyper-sexed microchip stylings caught the ear of Warp, where he cranked out his brand of amped-up laptop funk for the next eight years, culminating in the full-length classic "Color Strip." Now 26, Edgar is shaking things up at German beat botique !K7. "When I was 18 and signed with Warp, my next goal was !K7 for some reason. I believe I attracted !K7 to me through the 'Law of Attraction.' I think this is going to be an incredible journey." The new album "XXX" is out at the end of July and its New Jack Swing winks as much at Minneapolis, Compton and Paris as it does Detroit or Berlin.

On new turf, Edgar's sonic prowess takes on a leaner, more radio-ready shine. "Function of Your Love" zips and struts about lke something Andre Cymone might have cooked up for Jody Watley in their chart-topping heyday. On "Hot, Raw, Sex" Edgar lets the synth stabs and hand claps fly fast and loose. "In My Color" has the percolating, crystalline bounge of I:Cube's late 90's French Touch. "Midnite Fone Call" is the kind of lush "Quiet Storm" that Alex Gopher might kil for. "Push", with its staccato rhythm and come-hither incantations would make Timbaland blush. The instrumental interlude "One Twenty Detail", runs Kraftwerk through a low-rider worthy break-beat filter and "Vibration" sounds like pornographic Morse Code tapped out by Egyptian Lover.

While the album is larely a one-man show, "XXX" is not without accomplices. A Latvian girl named Anet sings on "Physical Motion" and a rising new R&B singer from NYC signed to XL recordings, Azealia, ad libs on the same track. Whenever I have worked with women and art, they have this way of putting balance into everything." The album's sophistivation should come as no surprise, considering the mix of elements that factored in its creation. "Celibacy. Love and Loss. A myriad of intense relationships. Home studio on mostly analog equipment, finished digitially. Some recorded on tape. Some recorded frustrated, sick, broke, pissed off, in love." Referring to other influences, Edgar adds, "I learned piano from black dudes at the Baptist Church in Detroit. They taught me to extend my fingers andplay from the heart." As for Kraftwerk, the Belleville Three and the rest of the early electronic pioneers he says, "Those guys were tryin to make Steve Wonder more danceable. Theyw ere tryin to make Prince with that equipment. that is what I do essentially,"

What Edgar does essentially and very well is make your body move. Most of the time he does it alone, but there has been no shortage of willing partners. In addition to an array of remixes for everyone form pop acts like Will Smith and Scott Hardkiss to indie darlings like emo-electro duo Purple Crush and new wave soul man Theophilus London - including 2009's cruising-with-the-top-down jams "Blindfolded" and "Higher" he famously turned Michael Jackson's "Billie Jean" inside out into a blistering workout from beyond. Deeply inspired by Jacko and incapable of standing still for very long himself, the ever-restless Edgar is eager to take his musical peep show on the road this summer. As if his beats and dancing weren't enough, just to make his seductive intent perfectly clear, Edgar adds "I designed 12 florescent neon tubes to make an 'XXX' on stage."

Ultimately, the best thin gbaout Jimmy Edgar's intergalactic funk is that for all its mysitcal kink, it's solidly the kind of music you could easily imagine today's pop tarts making. If Beyonce, Lady Gaga or Fergie has any sense, their million dollar booties would have Jimmy Edgar on speed dial already.

No upcoming events with Jimmy Edgar