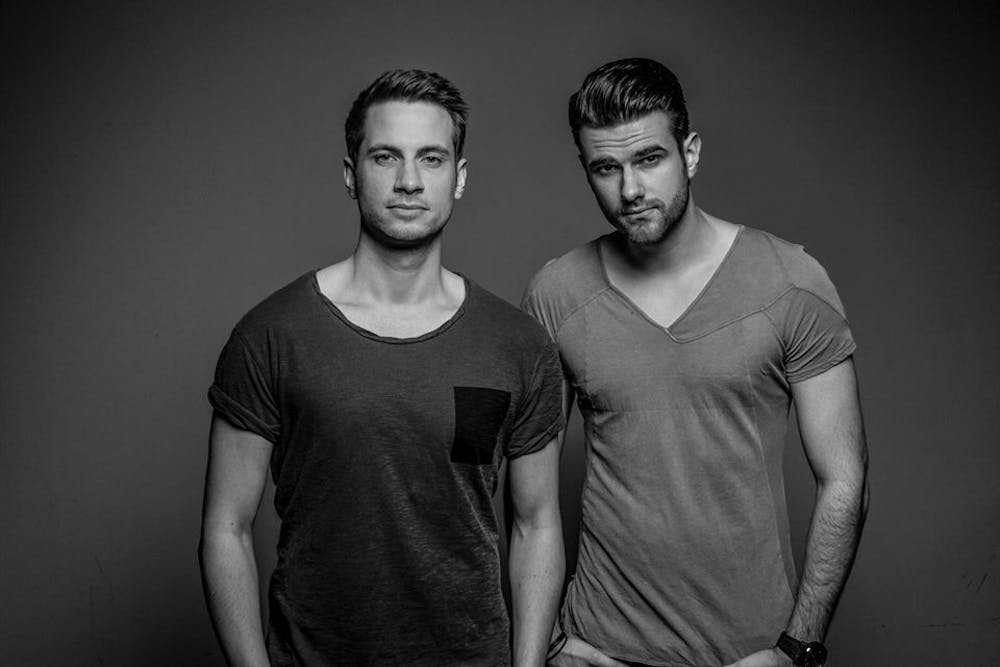 Follow Jewelz & Sparks to get alerts about upcoming events and special deals!

This duo builds a strong force to represent hard hitting big-room house music made in Germany.

Jewelz & Sparks has performed in venues such as: Zouk

Without further ado, here are Jewelz & Sparks top 10 tracks of all time:

This duo builds a strong force to represent hard hitting big-room house music made in Germany. Getting recognized internationally with their first minimalistic peaktime bangers „Toxic Rush“ and „Flashbang“, Jewelz & Sparks established their very own style of production bringing a fresh new twist to the scene. Their approach on producing those huge pounding yet grooving tracks made them become an irreplacable part of the EDM Community in less than a year. Nearly every production they brought to the market since 2012 gained heavy support from dance musics elite DJs. Their tracks get played all over the biggest festival sets from the likes of Fedde Le Grand, David Guetta, Nicky Romero Tiesto or Hardwell just to name a few. First signing up for some original tracks and a remix for Fedde Le Grand on his very own imprint, „Flamingo Recordings“ the highly talented Producer and DJ Duo got recognized by worlds #1 DJ Hardwell and his Label „Revealed Recordings“. „Unless We Forget“, a fresh vocal track and their first release on Hardwells imprint quickly climbed the Beatport charts, putting their name on the map in a league of dance music that proves their talent. 2013 was a memorable year for Jewelz & Sparks. With shows at Festivals such as the Streetparade in Switzerland or Club gigs in some of the most legendary venues all over the world like „Ministry Of Sound“ in London or the „Zouk Club“ in Singapore. Now the future for these two dance music heavyweights looks brighter than ever especially with their Remix work on Benny Benassis classic Hit Single „Satisfaction“ ,which is out on Ultra Records. The duo first produced a Bootleg of the Track just for their sets before getting requested to release it officially on Ultra Records after gaining enormous support in major sets from the likes of Tiesto, Laidback Luke or Fedde Le Grand. What Jewelz & Sparks have accomplished in just about one year is what many upcoming producers can only dream of. This duo is not going to slow down. Get ready for more Jewelz & Sparks Style!

No upcoming events with Jewelz & Sparks