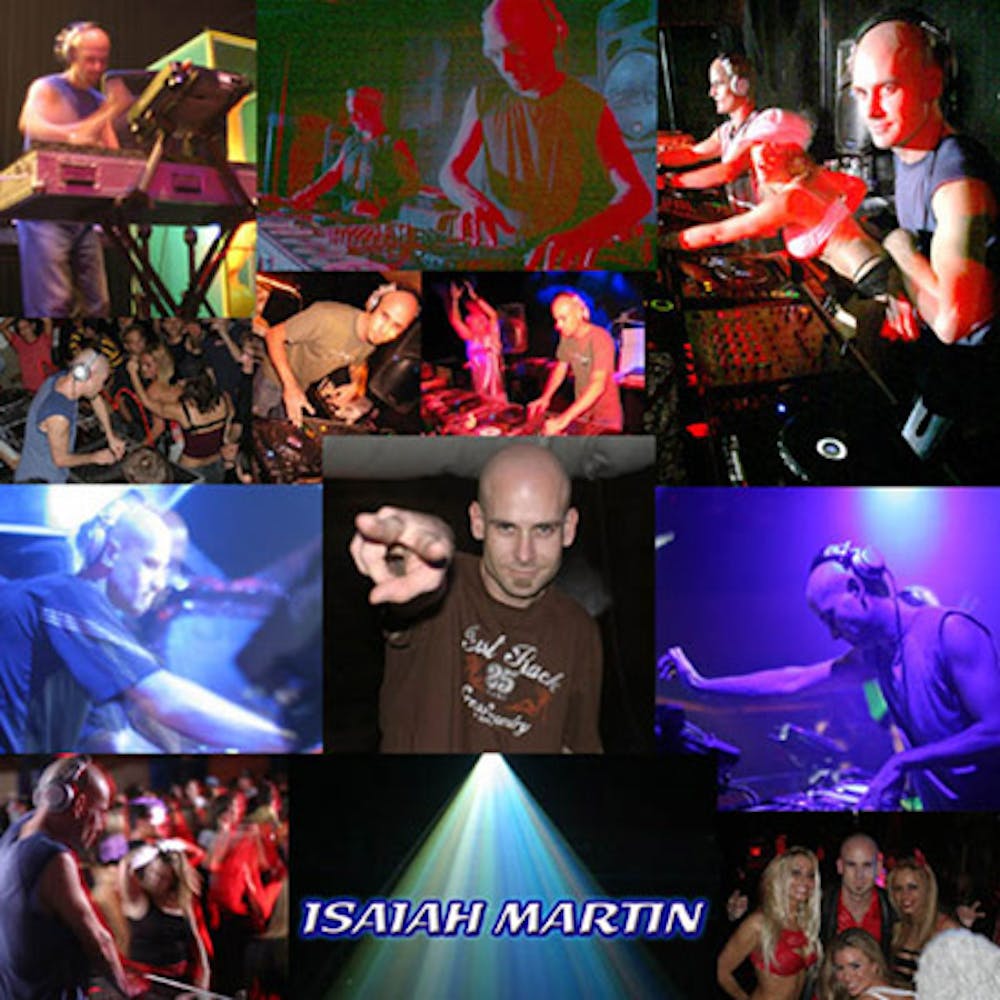 Follow Isaiah Martin to get alerts about upcoming events and special deals!

In last couple of years Isaiah has catapulted up the ranks in the United States DJ circuit finding himself playing in some of the countries best venues at some of the biggest events of the year.

Isaiah Martin has performed in venues such as: Sound, Le Jardin

Without further ado, here are Isaiah Martin top 5 tracks of all time:

In last couple of years Isaiah has catapulted up the ranks in the United States DJ circuit finding himself playing in some of the countries best venues at some of the biggest events of the year. His impact on large events in the US in the last year has been phenomenal. He has played opening sets for Prince, Aerosmith, Janet Jackson, Sheila E, and Alanis Morisette among others and played with Sasha at BPM Magazines 2005 Grammy party.

For seven years he has been resident DJ for MTV’s big events, including the 2002 MTV Movie Awards. The end of 2002 found him sharing the stage with Moby and mixing the Billboard Bash for the Billboard Music Awards in Las Vegas.

An accomplished club DJ as well, Isaiah headlined the House room every other week at Spundae for 2 years as well as headlined shows at Ice and Studio 54 in Vegas, On Broadway in San Diego, 1015 and Ruby Sky in San Francisco, Opium Gardens and Nikki Beach in Miami. He can currently be seen playing one of Los Angeles’ super clubs, Avalon on a regular basis.

Isaiah has also garnered major radio industry attention as resident of Thump Radio where he can be heard on KBIG 104.3 mixing his highly rated house radio show at midnight every Monday and Friday night. He mixed the first hour of the first show and now approaches the three year anniversary.

The legendary Red Bull Music Academy has Remixing has also kept Isaiah busy. The most recent include remixes for Destiny's Child, Janet Jackson and Mario and he is currently working with the Godfather of Funk, George Clinton on a new track.

His consistently evolving sound and seamless integration keeps audiences on their toes, shakin’ what they got, anxiously anticipating what’s coming their way next. Without a doubt, he is innovative, driving and undeniably groovy.

No upcoming events with Isaiah Martin