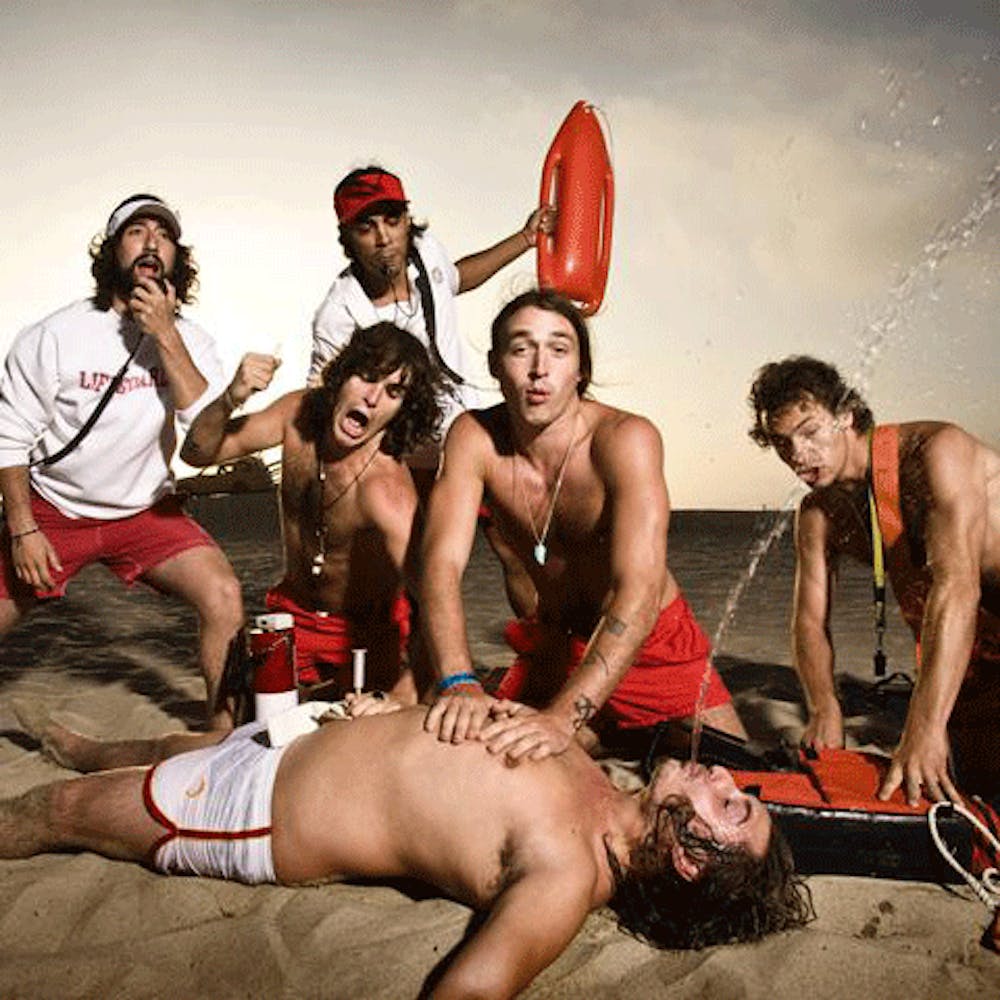 Follow Iglu & Hartly to get alerts about upcoming events and special deals!

Without further ado, here are Iglu & Hartly top 10 tracks of all time:

Aahh. Geez. I really don't want these guys to become famous because of their shennanigans. Assaulting an overworked, underpaid, and, most likely, overfed security guard at a swanky hotel in beautiful downtown Austin is not the proper way to propel yourself into the ever-loving bosom of lady fame. Yet stranger things have happened.

I posted the Am-Statesman story on the incident here earlier today, and, letting my curiosity get the best of me, decided to dig a little deeper. I just had to know who these guys were.

Turns out the band is called Iglu & Hartly and are from the Echo Park area of Los Angeles per the reports on various Austin websites. They have the temerity of listing their city of residence as Echo Park, CA. Okay, I may not be an expert on LA geography, but is Echo Park really a city and not a neighborhood? When I send them a dead armadillo in the mail, would I put Los Angeles or Echo Park in the address? I send my friend in Silver Lake stuff (good stuff, not dead stuff) from time to time. His address is still Los Angeles. Are these guys just looking for some cool cred from their ultra-hip neighborhood? I gotta know. Echo Park- city or neighborhood?

To recap the imbroglio: at about 2:45 am (CDT) on Friday morning, 3/20/09, two guys from the Iglu & Hartly started running naked around the 6th floor of the downtown Hilton. A guard told them to re-robe. They refused. One of the naked bandies began to play a piano in a common area while the other struck a security guard with a few blows to the head. The band was, and I mean "was" in town to play a showcase at the SXSW conference. The assaulter, Michael Anderson Jarvis, is in Travis County Jail at this hour.

I hope these guys have some talent. If they got a showcase at SXSW, they can't be too bad. Funny, they were scheduled to play something called a "VICE Party" on Saturday. Hmmm...

In his statement to police, Jarvis said he thought the whole running around naked thing would be funny and that it was okay to punch a security guard since he wasn't a cop. I hope he cops a plea and gets out of town soon. With that attitude he doesn't want to go in front of jury, especially in Austin. Most Austinites feel we have enough musicians and Californians as it is. They may want to send him to the lethal injection room rather than keep him in jail, inhaling taxpayer dollars. Well, Austinites aren't into the death penalty, but maybe the prosecution can change venue to Harris County or Tenaha.

Fellas- if you're gonna behave this way, STAY OUT OF MY QUIET College/Music/High Tech/New Orleans-Amsterdam wannabee/Artsy-Fartsy town! Did you guys go to the Brian Jonestown Massacre School of Charm, or something? Geez. I expect so much better from unwashed, unkempt musicians who've been couped up in a van for 3 months on end. This is the end of civilization as we know it!

No upcoming events with Iglu & Hartly