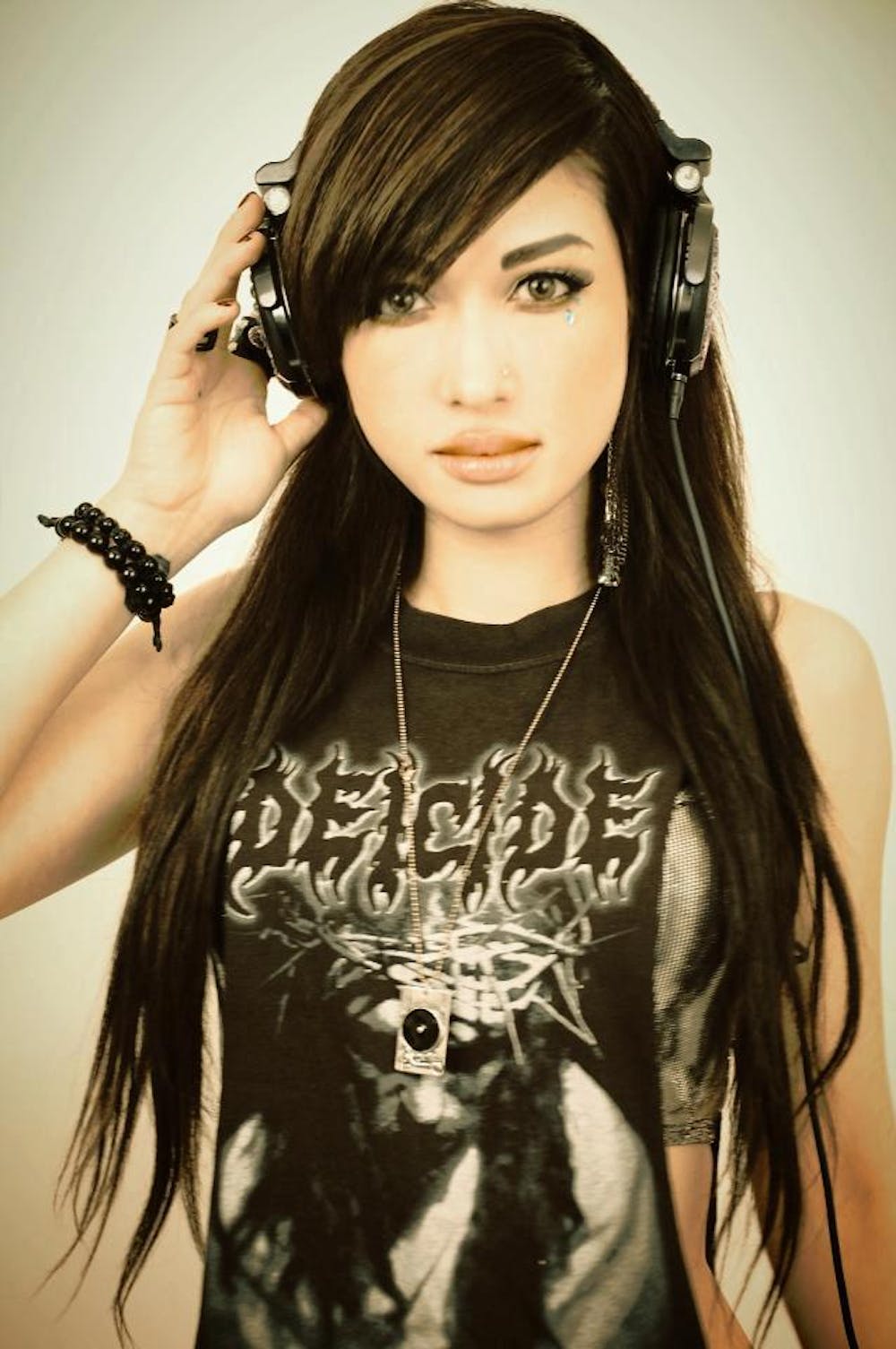 Follow Heavygrinder to get alerts about upcoming events and special deals!

A native of Seattle, HeavyGrinder currently resides in Los Angeles where she is a full time celebrity DJ.

Without further ado, here are Heavygrinder top 10 tracks of all time:

A native of Seattle, HeavyGrinder currently resides in Los Angeles where she is a full time celebrity DJ. At age thirteen, she began to actively pursue her love of music and being on center stage by taking up vocal training and modeling. After years of traveling, she made her way to LA in 1998. It was in the City of Angels that she realized her new love, cozying up to the sounds of underground dance music, captivated by the power of the DJ and the reaction of the crowd.

A dream was born.

Now 24 year old, HeavyGrinder is capturing the attention of audiences worldwide. Spain ( Ibiza ), Japan, China, Korea, Taiwan, Thailand, Indonesia, Malaysia and Mexico have been key international stops for this talent so far. In the Los Angeles club scene alone, she has played at most notable venues including Key Club, Highlands, Century Club, Avalon, Sunset Room, White Lotus and others. When she’s not playing in her hometown, HG is regularly headlining events across the United States at some of the biggest clubs and has performed in cities from Anchorage to Washington D.C., and Atlanta back to Honolulu as well as dozens of cities in between.

As of recent, HeavyGrinder has been working on her own music production and has released a track featuring the veteran vocal talents of SuSu Bobien on the well-respected house label, Soundmen on Wax; as well as a track 'You think You do' that was pressed on vinyl by Star Fruits Records.

In Fall of 2007, HeavyGrinder released a compilation CD, Living a Dream in Japan.

In May of 2008, a mix CD,' Eternity' has been released WorldWide from Rhythm Club Records.

No upcoming events with Heavygrinder