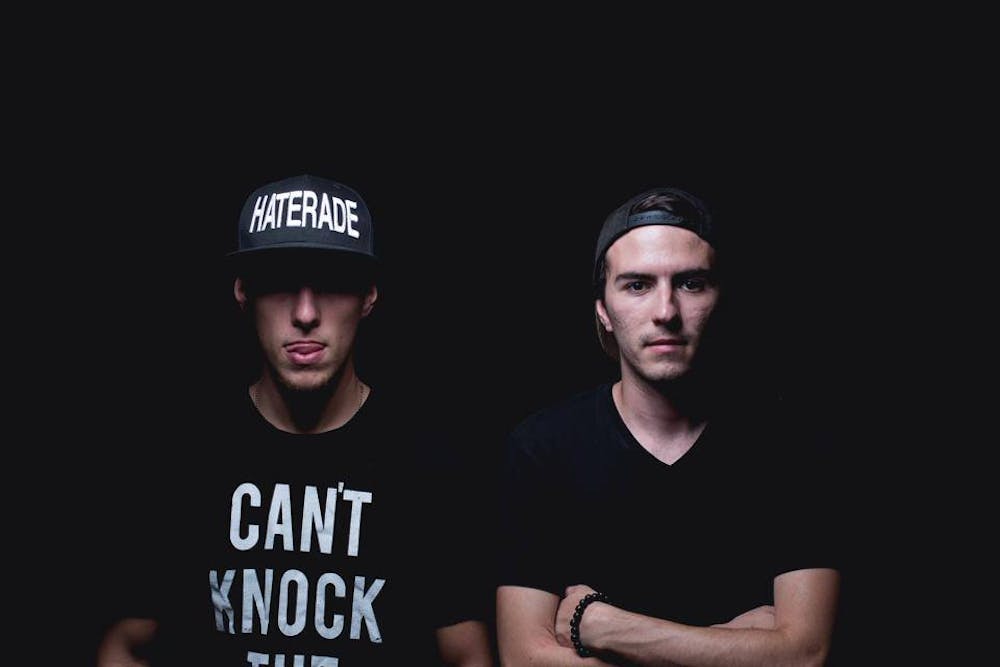 Follow Haterade to get alerts about upcoming events and special deals!

Beginning in early 2013, Noah Lloyd and Mike Kenny have taken trap music into their own direction from their home in San Diego, California.

Without further ado, here are Haterade top 10 tracks of all time:

10. Give You More - Haterade Remix

Beginning in early 2013, Noah Lloyd and Mike Kenny have taken trap music into their own direction from their home in San Diego, California. With Noah stemming from a hip-hop/dubstep background and Mike from a progressive house/complextro background, the combination of their two acts seemed unlikely; however, after experimenting with the once up-and-coming trap music, the two immediately struck gold.

After a mere few months into their project, their success ignited like lit kerosene. The two made a name for themselves through opening for acts such as Bro Safari, Antiserum, Keys N Krates, and many more. During this time, the guys focused on the most important part of their project: the beats. Haterade creates a sound that is viciously energetic. From their original tracks like ‘Old School’ and ‘Money’ to their collaborations with other talented producers like Skellism, Haterade took the music scene on social media by storm. Not only have their tracks been downloaded thousands of times; the guys have been supported by Diplo, Jack U, DJ Vice, and so many more. The duo has headlined numerous events at their venue of residency, Somewhere Loud, in their hometown and took the main stage at Organic Festival in Los Angeles, California in 2014.

The future in store for Haterade is inevitably bright; the duo will stop at nothing to be heard around the world. Only looking ahead and with no plans to ever slow down, Haterade's massive, organic sound will be heard at every corner as their rise to stardom continues.

No upcoming events with Haterade