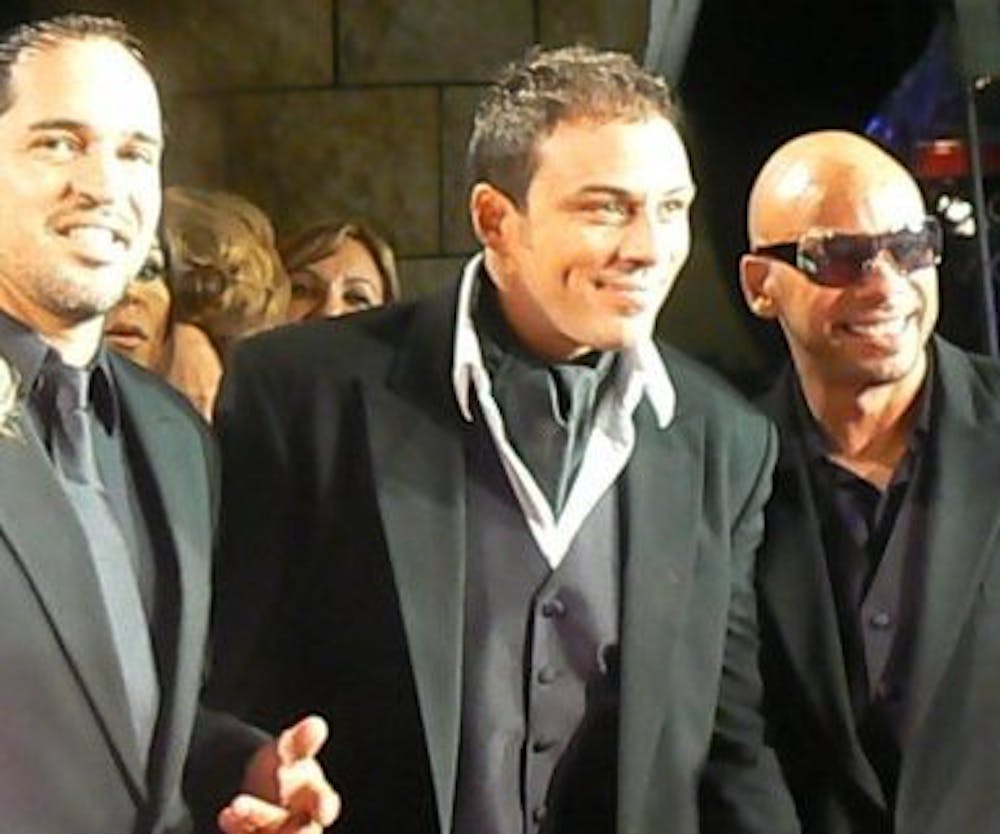 Follow Grupo Mania to get alerts about upcoming events and special deals!

Grupo Manía is a popular merengue group from Puerto Rico that released its debut album in 1993.

Without further ado, here are Grupo Mania top 10 tracks of all time:

Grupo Manía is a popular merengue group from Puerto Rico that released its debut album in 1993. The group was formed by brothers Héctor, Edwin and Oscar Serrano together with Alfred Cotto in the early 90s. In 1994, Edwin Serrano was replaced by Elvis Crespo before releasing their most successful albums.

In 1997, Crespo decided to leave the group and follow a solo career. He was replaced in 1998 with Reynaldo Santiago, who had previously sung with Zona Roja, another popular merengue band at the time. The band has achieved gold status with some of their albums and are considered one of the best in the genre.

At the beginning of the millennium, the band faced some controversy when Héctor Serrano, the group director, fired Cotto and Santiago on the grounds of alleged discipline problems. Cotto and Santiago would go on to form Grupo Starz, while Serrano replaced them with Alex Rivera and Juan Luis Guzmán.

Despite never having the same amount of success as previous years, the band continued to perform and record albums. However, in 2006, Serrano announced the group would go on a reunion tour entitled "The Originals" with former members, Elvis Crespo and Alfred Cotto. After three years inactivity, Grupo Mania released "15 Años de Corazon" in late 2008.

No upcoming events with Grupo Mania