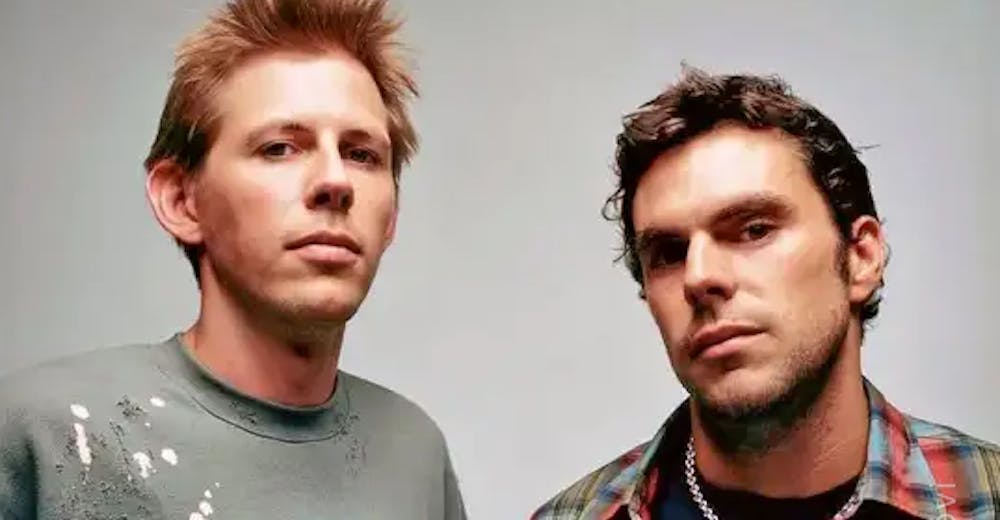 Follow Groove Armada to get alerts about upcoming events and special deals!

Without further ado, here are Groove Armada top 10 tracks of all time:

7. If Everybody Looked the Same

Andy Cato. The group formed in the mid-'90s after being introduced by Cato's girlfriend and soon started their own club, also named Groove Armada (after a '70s discotheque), which featured their spinning.

By 1997 they released a handful of singles, including "4 Tune Cookie" and "At the River"; their debut album, Northern Star, followed the next year. 1999 saw the release of Vertigo, which made the Top 20 of the British charts and silver status in the U.K. The album's singles achieved similar heights, including "I See You Baby," which was remixed by Fatboy Slim. The group followed this success with a stint as Elton John's opening band and with the U.S. release of Vertigo in early 2000. An album of remixes followed shortly after, featuring post-productions by DJ Icey and Tim "Love" Lee.

No upcoming events with Groove Armada