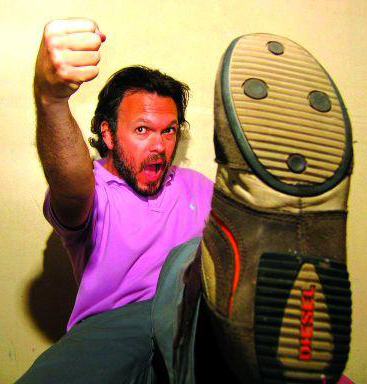 Gavin Hardkiss is a welcome anomaly in the electronic dance music world.

Gavin Hardkiss has performed in venues such as: Great Northern

Without further ado, here are Gavin Hardkiss top 10 tracks of all time:

Gavin Hardkiss is a welcome anomaly in the electronic dance music world. One of his most distinguishing traits is his fierce determination to create music that is funky, emotional, durable and lasting. His efforts are focused towards creating classic music that can be enjoyed for generations.

In addition to releasing albums, vinyl singles and remixes under the guise Hawke and Hardkiss, for the past ten years, he has been exploring the world of commercial music production. Working with clients such as Sony, AOL, Infiniti, Mumm Champagne, Saturn and EA Games, he has been called on to create music for a range of projects such as TV commercials, internet identity and permanent installations.

He composed separate soundtracks for the Sony Metreon's three gaming rooms - HyperBowl, the main gaming area and the extreme sports room - and linked the three with matching beats to blend soundtracks as players moved from one room to another. The music has become a permanent installation at the venue in San Francisco and Tokyo. The Metreon has seen over 20 million visitors since it opened in 1999.

Over the past decade, he has remixed the likes of Elton John and The Beatles, performed with Snoop Dogg and The Chemical Brothers and released original recordings in Spain, France, Italy, the United Kingdom and the United States. Gavin� focus, however, has consistently been on his artist albums released under the guise HAWKE, with NAMAQUADISCO released on Sunburn Recordings in 1998 and HEATSTROKE released on Six Degrees Records in 2002.

Currently, he is nearing completion of the third Hawke album LOVE WON ANOTHER and continues to perform both as a DJ and with the band Hawke, as well as with the performance collective DeliCoco.

Gavin is indelibly linked with a mystical form of electronic dance music that globally represents San Francisco. As one-third of the famed Hardkiss trio (with "brothers" Scott and Robbie Hardkiss), Gavin helped to create and encourage a spirited, psychedelic approach to music and life with genre-defying songs and DJ sets. The Hardkiss label released various singles and one stunning compilation, Delusions of Grandeur, in the mid-90s, serves as a veritable blueprint for its predecessors, one that continues to be referenced and admired by artists and fans throughout the world.

No upcoming events with Gavin Hardkiss