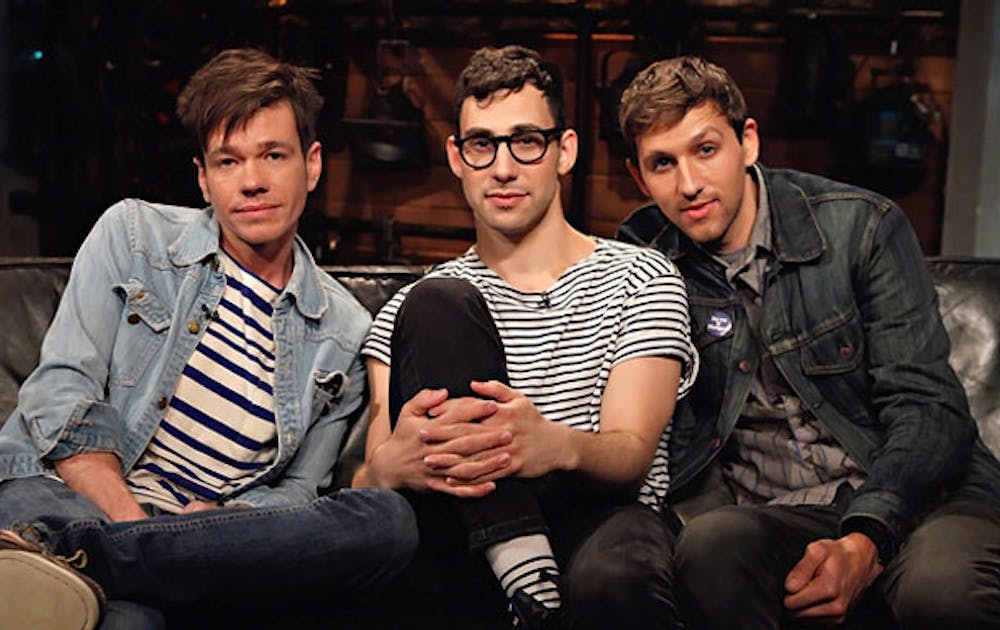 Follow Fun. to get alerts about upcoming events and special deals!

Fun (official name: fun.) is an American indie rock band based in New York City that was formed by Nate Ruess, formerly of The Format.

Without further ado, here are Fun. top 10 tracks of all time:

1. We Are Young (feat. Janelle Monáe)

Panic! at the Disco, Fun.

5. Sight of the Sun - Single Version

7. All the Pretty Girls

Fun (official name: fun.) is an American indie rock band based in New York City that was formed by Nate Ruess, formerly of The Format. After the 2008 breakup of The Format, Ruess formed Fun with Andrew Dost and Jack Antonoff of Anathallo and Steel Train respectively. Fun has released two albums: their debut Aim and Ignite in 2009 and their latest Some Nights in February 2012.

The band is best known for their hit singles "We Are Young" featuring Janelle Monáe, and "Some Nights". "We Are Young" reached number one on the U.S. Billboard Hot 100 and Digital Songs charts, becoming the first alternative song to top the Billboard Hot 100 chart since Coldplay's "Viva la Vida" in 2008. It peaked at number one on the UK Singles Chart, as well. "Some Nights" was released as the album's second single in May 2012, peaking at number 5 on the Hot 100 chart, and becoming their second Top 10 single, as well as their second song to reach platinum status in the USA.

No upcoming events with Fun.