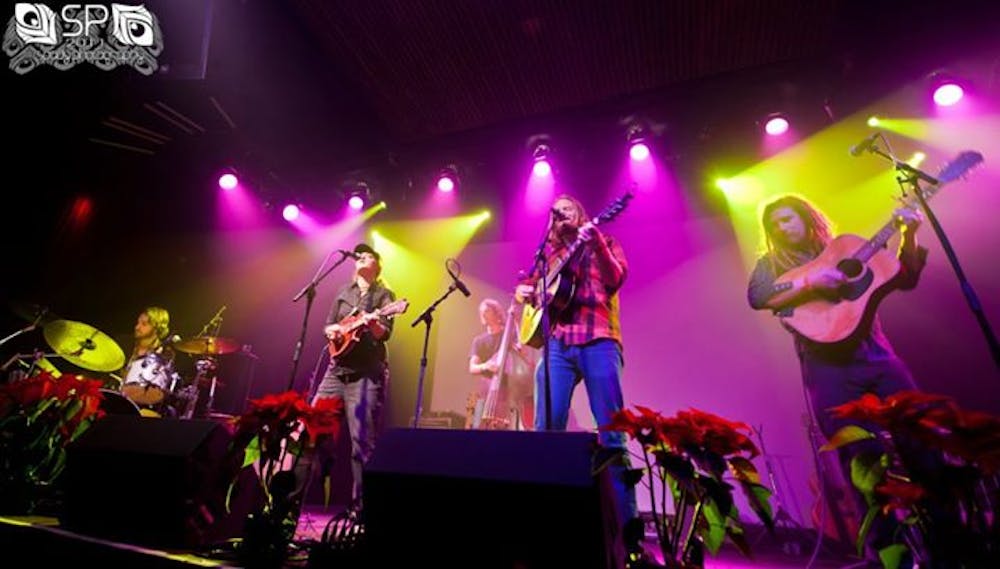 Follow Fruition to get alerts about upcoming events and special deals!

Fruition released a new EP, It Won’t Be Long, the third album for the quintet based in Portland, Oregon.

Without further ado, here are Fruition top 10 tracks of all time:

Fruition released a new EP, It Won’t Be Long, the third album for the quintet based in Portland, Oregon. In seven original songs, Kellen Asebroek, Mimi Naja, and Jay Cobb Anderson conspire to blend raw, live energy with the strings of traditional folk-Americana. Supported by Keith Simon on upright bass, and Tyler Thompson on drums, Fruition succeeds with lyrical prowess, and harmonies as vibrant as they are heart-breaking.

Tracks like “Wastin’ Away,” and “Bent,” showcase an effortless swing from whiskey-rock to shoe-stomp, from ballad to anthem and everywhere between. This versatility has defined the band since it began in 2008, and hundreds of shows later, Fruition now plays to an ever-growing fan-base in more than a dozen states, to electrified audiences and frenzied dance-floors.

With a focus on the West Coast, Fruition has played most major venues in Portland (The Crystal Ballroom, The Roseland, The Wonder Ballroom, and the Doug Fir,) the Great American Music Hall in San Francisco, the Mystic Theater in Petaluma, the Tractor Tavern in Seattle, and the Oregon Brewer’s Fest. The band headlined both late-night sets at Northwest String Summit in 2011.

Through the years they’ve had the privilege to play with the likes of Vince Herman and Andy Thorne (Left Over Salmon), Jeff Austin (Yonder Mountain String Band), Zach Gill and Dan Lebowitz (ALO & Jack Johnson), Daniel Stern, and Danny Barnes. They continue to share the stage with some good friends, like Hot Buttered Rum, Greensky Bluegrass, Elephant Revival, Watertower Bucket Boys, the Quick & Easy Boys, the Clumsy Lovers, and Dead Winter Carpenters, to name a few.