Best Fred Everything Songs of All Time – Top 10 Tracks 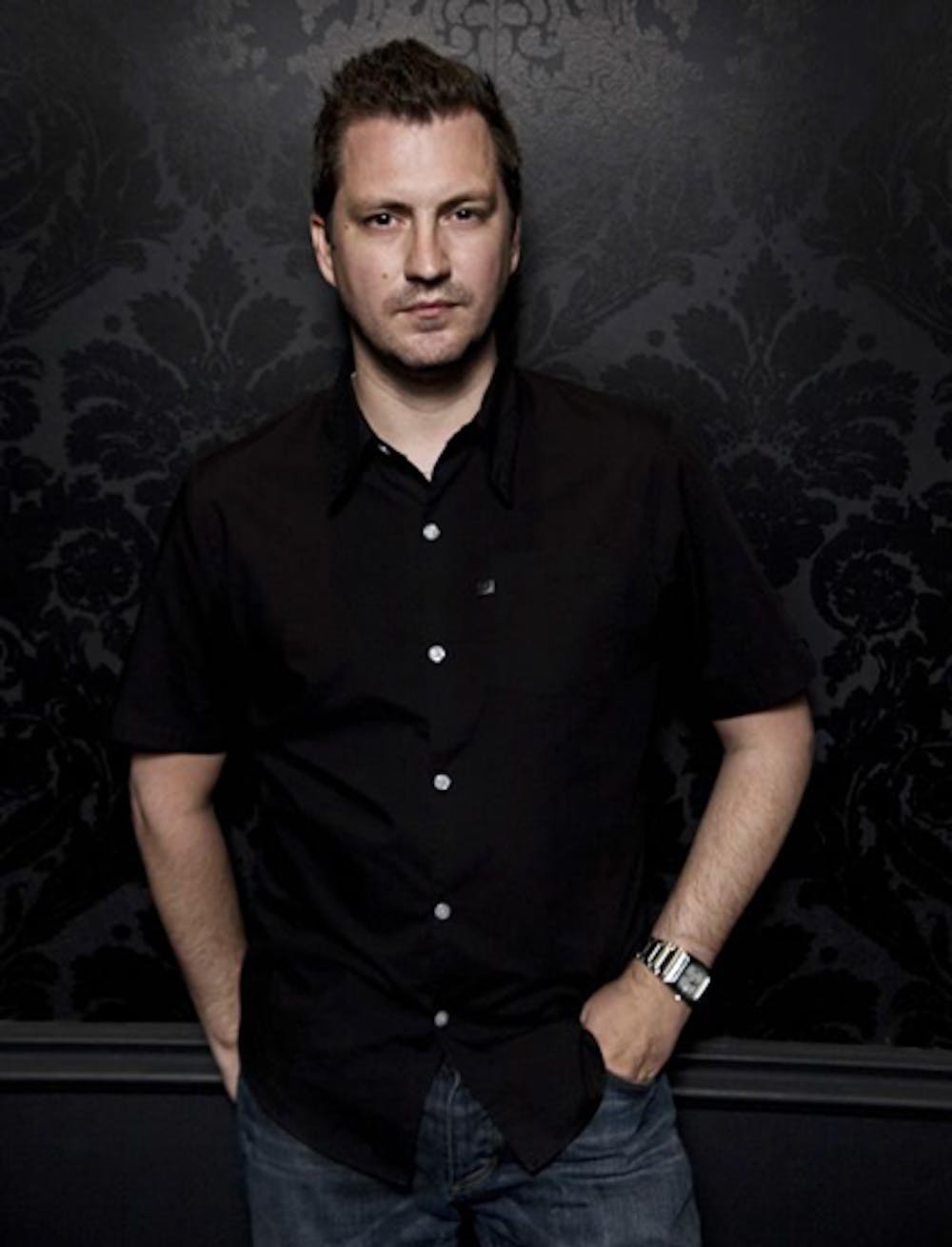 Follow Fred Everything to get alerts about upcoming events and special deals!

Canadian DJ/producer Fred Everything is a key player in the world of House Music and with 12 years in the music business and over 100 productions to his credit, he shows no signs of stopping.

Without further ado, here are Fred Everything top 10 tracks of all time:

Canadian DJ/producer Fred Everything is a key player in the world of House Music and with 12 years in the music business and over 100 productions to his credit, he shows no signs of stopping. Born in Hull and raised in Quebec City, Fred got the early bug for electronic music in High School. He formed a few bands while spending his weekends as one of the youngest in local nightclubs. In the early 90s, he started playing live in raves and clubs in Canada. He was then known as “Everything,” because his live sets could range anywhere from techno to house, ambient and even drum and bass. He even got to open up for a then up and coming, Sasha. Tired of carrying his equipment around, mainly a TR909 and a SH101, he started DJ’ng and changed his name to Fred Everything. A move to the big city of Montreal was the next obvious thing, and it wasn’t too long after that Fred found himself releasing records on some of his favorite labels and catching the attention of DJ’s and producers worldwide.

His first major release got signed to UK label DIY in 1997. He also signed a few EP’s to Vinyl Peace in Toronto and the phone started ringing from labels left and right wanting to get an a piece of the new producer. But it was after giving a demo to 20:20 Vision boss Ralph Lawson in an after party in Toronto that things really got started for the young enthusiastic producer. Straight out of the plane in the UK, Ralph called him up and offered him a record deal. A few successful singles came out and the two talked about the next big step, a full length album. In 2000, while living in London, Fred released his first album “Under the Sun” on 20:20 Vision. The album was received as a breath of fresh air by the press worldwide and established Fred Everything as a name to watch. It was licensed to Virgin in Vienna and Tiga’s Turbo Records for North America. The follow up, “Light Of Day” (2004) also on 20:20 Vision, was cited as the best House album of the year by iDJ magazine in the UK. It featured artist such as Joseph Malik, Karl the Voice, Roy Davis and DJ Heather. Other collaborators throughout the years include: AtJazz, Mark Bell (Shaboom), The New Master Sounds, N’Dea Davenport (Brand New Heavies), Lisa Shaw, Tim Fuller, Olivier Desmet, JT Donaldson, Lance DeSardi, Tortured Soul, Joshua (Iz), Vincenzo, Andy Caldwell and many more. In 2003, Fred won best Electronic Artist at The Mimi’s award in Montreal.

The growing momentum of his releases also brought a lot of remix requests. As a remixer, Fred was able to put his touch not only to house pioneers such as Mood 2 Swing, Dennis Ferrer, Derrick Carter, Kings of Tomorrow, Robert Owens and Roy Davis but also new school sensations like Switch, Kaskade as well as cross over artists: Corrine Bailey Ray, N’Dea Davenport (Brand New Heavies), Ladybug Mecca (Digable Planets) and the late great Curtis Mayfield.

That’s without mentioning his sought after ‘underground’ remixes for the likes of Missy Elliot, Erykah Badhu, Outkast and MIA. In 2001, he released “From The Deep” on Bombay records, a collection of remixes released between 1998 and 2001.

Fred Everything’s productions have appeared on over 100 compilations worldwide by such various artists as Danny Tennaglia, Steve Lawler, Pete Tong, H-Foundation and Miguel Migs on labels like Defected, Ministry of Sound, NRK, Universal and countless Ibiza compilations. You probably also heard his music or seen his video for the song “Revolution” on many MTV shows. Little known fact, he was also House Music reviewer in XLR8R magazine for a few years.

Fred has also gained quite a reputation as a DJ. In 1997, on his first trip to the UK, he managed to get DJ magazine’s favorite set during In The City Conference at the Sub Club in Glasgow. Long time Back To Basics resident and 20:20 Vision label boss considers him to be “One of the best house dj on the planet.” led to him playing in some of the UK’s best clubs like Fabric, Back to Basics, Ministry Of Sound, Cream, Basement Jaxx parties, Lazy Dog and the list goes on.

With over a Million miles flown taking him all around the world to places he never even dreamed of visiting like Moskow, Istanbul, South Africa, Brazil, Japan, Bulgaria, Honolulu in clubs like Fabric (London), Pacha (Ibiza) Festival such as Montreal Jazz Festival, Toronto JVC Jazz Festival, and lately the 50,000 attended Electric Daisy Carnival He’s also held down residency at Stereo (Montreal), Next Door (Honolulu), Footwork (Toronto) and his own Lazy Days parties (Montreal, London, San Francisco). There’s also the obligatory Winter Music Conference where he can be seen for 10 years sharing the decks with people like Francois K, Mark Farina or King Britt.

His work as a DJ been immortalized on 3 mix cds. Disconnection (InMix, 1997) , DJ SET01 (Virgin, Intonation 2001), and the popular House Of Om Series (Om records, 2006). He’s also been hosted on radio shows worldwide in Copenhagen, Belgium, Turkey and England on radio station like Dynamo FM, Kiss FM, Ministry Of Sound Radio. He was also recently Ben Watt’s guest on his radio show on Galaxy FM in the UK.

Fred recently relocated from Montreal to San Francisco where he can be found working from the infamous Moulton Studios. His new album, Lost Together is out now on Om records and includes collaborations from Roy Davis Jr, Lisa Shaw, Tortured Soul, Tim Fuller and N’Dea Davenport from The Brand New Heavies. It’s been recorded in Montreal, Vancouver, San Francisco, New York, Hollywood and Tokyo. The first single “Here I Am” featuring Lisa Shaw has found its way to the number 3 on Traxsource’s top downloads and landed as Single of the week on Wasabeat.com. He’s also hard at work on his label Lazy Days who just got to their 10th release.

No upcoming events with Fred Everything