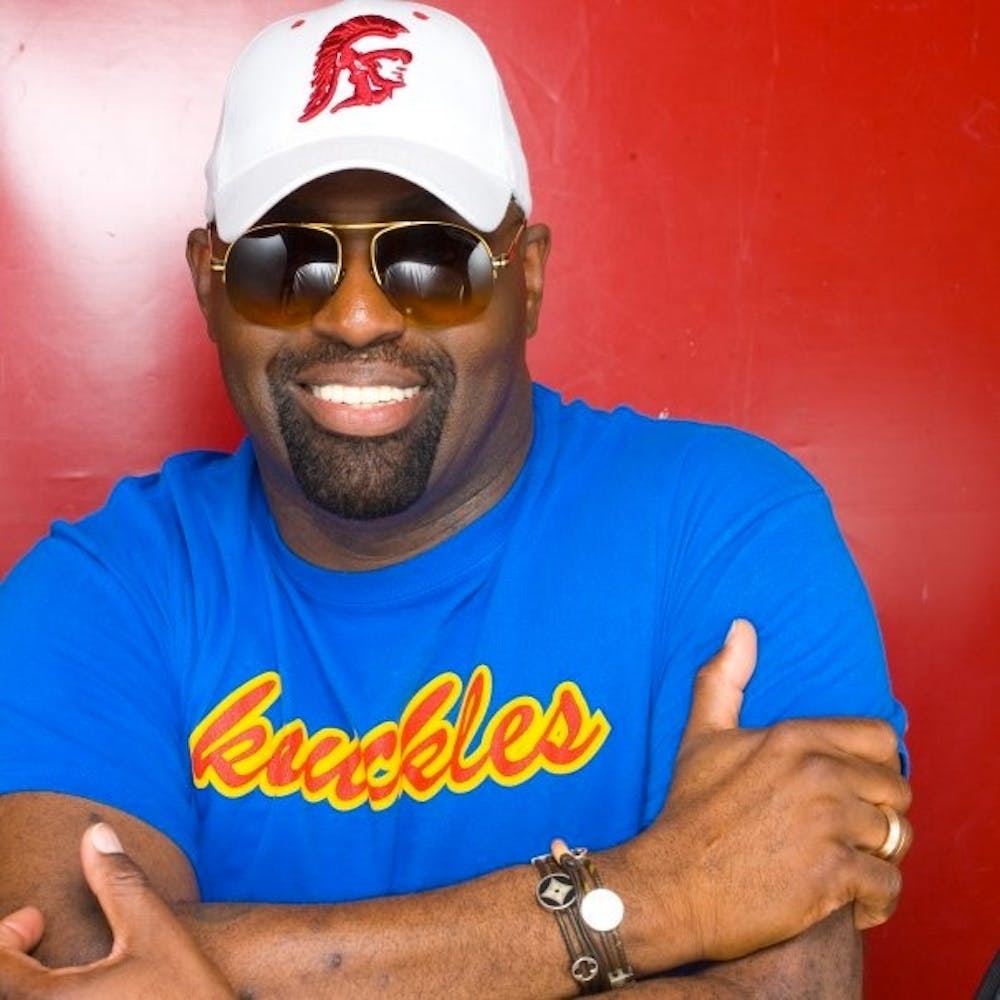 Follow Frankie Knuckles to get alerts about upcoming events and special deals!

He’s universally credited as a pioneer of dance music and was famously crowned “The Godfather of House Music” for his role in creating modern dance music’s global DJ culture.

Frankie Knuckles has performed in venues such as: 9:30 Club, XOYO

Without further ado, here are Frankie Knuckles top 10 tracks of all time:

8. Your Love (You Got The Love Remix)

He’s universally credited as a pioneer of dance music and was famously crowned “The Godfather of House Music” for his role in creating modern dance music’s global DJ culture. But ask Frankie Knuckles about his tenure in Chicago at the groundbreaking nightclub The Warehouse in the 1980s or his friendship with legendary Paradise Garage DJ Larry Levan and Knuckles will likely reply by flashing a polite smile and changing the subject. Complimenting Knuckles for his 1997 Grammy Award for Remixer of the Year or his work with mainstream pop and R&B superstars such as the Diana Ross, The Pet Shop Boys and what will likely only get you a blush and a polite “thank you.” Don’t take it personal, though; Frankie Knuckles isn’t one to dwell on the past.

If he were less humble, he could regale you with tales of his days as an up-and-coming turntable talent. He could tell you about life growing up on the mean streets of 1970s Harlem. The thought of a career behind the turntables wasn’t even a part of the adolescent Knuckles’ consciousness. All of that changed, however, when Knuckles and his partner-in-crime Levan snuck into a party at the historic nightspot The Loft. There, the club’s resident DJ David Mancuso seduced Knuckles with his music and his destiny of a lifetime on the decks was cemented.

His triumphant return to the tables of New York City at the still-revered Sound Factory was later matched with equally lauded (and ongoing) mainstays at NYC Splash, Montreal’s Club Stereo and Pacha in Ibiza. In 1987 Knuckles joined NYC based Def Mix Productions. With assistance from long time manager Judy Weinstein, Knuckles took his love for playing music and translated it into a career making music. With a gargantuan list of remixes and original productions to his credit with artists and celebrities such as Diana Ross, The Pet Shop Boys, Luther Vandross, Michael Jackson, Janet Jackson and Toni Braxton, and many others.

Knuckles quickly became a go-to for mainstream artists seeking to infuse the undeniable drumbeat of house music into their sound. Knuckles’ high profile in the realm of dance music brought him to the attention of Virgin Records in the 1990s, where Knuckles delivered the pop crossover single “Whistle Song” and a pair of albums (Beyond the Mix and Welcome to the Real World).

His comprehensive work as a producer reached the height of its glory in 1997 when Knuckles became the first DJ to be crowned with the newly created Grammy Award for Remixer of the Year.

It was an honor echoed more recently when the Chicago Mayor Richard M. Daley officially declared August 26, 2004 “Frankie Knuckles Day” in the DJ’s adoptive hometown of Chicago. State Senator Barack Obama, was responsible for walking through the ordinance to a vote that changed the name of the street where the legendary Warehouse once stood to “Frankie Knuckles Way” Emerging from his studio in 2004 with A New Reality, his first album of completely original material in seven years, Knuckles proved that he hasn’t skipped a beat.

The CD’s warmly complex songs resonated with dancers around the world, and gave Knuckles his latest Billboard Number One with “Back n da Day.” But that’s all in the past—a past Knuckles doesn’t have time to worry about today.

It took the keen ear and generous spirit of Knuckles to bring a Jamie Principle full length to life. “I’ve known Jamie since we did ‘Your Love’ together back in 1984,” Knuckles reflects. “That boy is nothing short of a genius. He’s a great writer and truly one of the pioneering legends of house music. I felt there needed to be a definitive Jamie Principle project, and the timing was right for me to produce it.”And so the beat goes on—in the DJ booth, in the studio and in the legacy of dance that Knuckles continues to create. Frankie Knuckles is more than a DJ; he’s more than The Godfather of House; even terming him an icon of the underground doesn’t do justice to his landmark accomplishments and career longevity. Simply put: Frankie Knuckles is timeless. So forget what you think you know about Frankie Knuckles; do yourself the favor of spending a night on his dance floor today. “Leave the past at the door,” Knuckles smiles, “and I promise you won’t be disappointed.”

No upcoming events with Frankie Knuckles