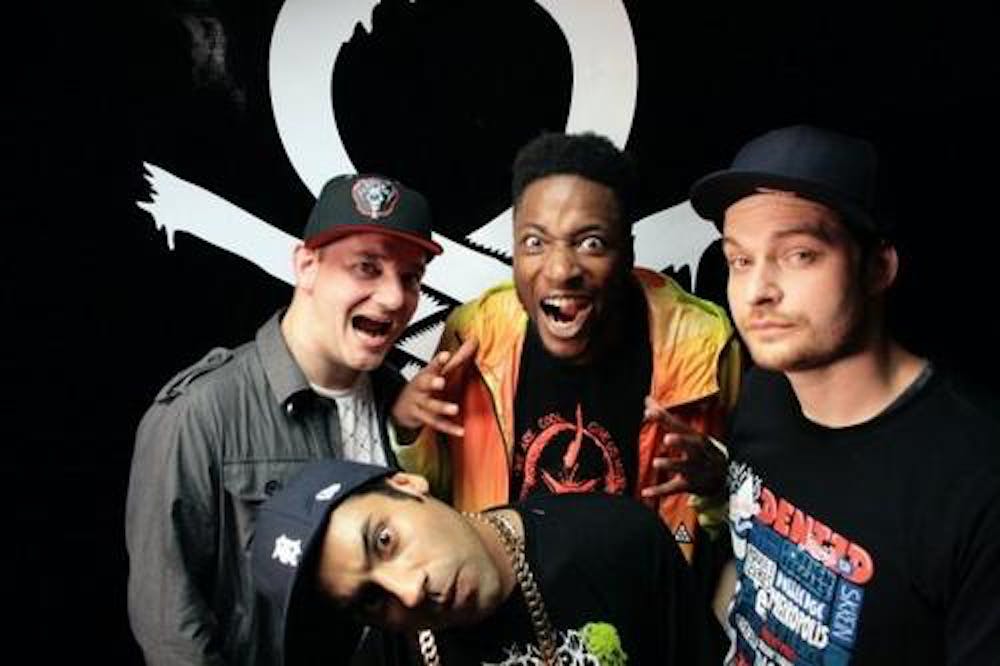 Follow Foreign Beggars to get alerts about upcoming events and special deals!

Foreign Beggars are a critically acclaimed Rap, Grime and Dubstep group based in London, UK. The group consists of MCs Orifice Vulgatron and Metropolis, producer Dag Nabbit and DJ Nonames.

Foreign Beggars has performed in venues such as: Sky

Without further ado, here are Foreign Beggars top 10 tracks of all time:

Foreign Beggars are a critically acclaimed Rap, Grime and Dubstep group based in London, UK.

The group consists of MCs Orifice Vulgatron and Metropolis, producer Dag Nabbit and DJ Nonames. Foreign Beggars are renowned for their eclectic and energetic live shows. Currently performing well over a hundred shows a year the group have performed with a number of high profile artists spanning a range of musical genres. Foreign Beggars first three album releases were through Dented Records; a label that is owned by the group and was created to support their own material and a host of UK underground artists.

Today the group line up on stage as Orifice Vulgatron, Metropolis and DJ Nonames often with UK Beatbox Champion MC Zani or THePETEBOX. Guest appearances from long time collaborators of the group and Dented recording artists Kyza and Dr Syntax have also become a regular occurrence.

Having successfully changed the face of, UK hip hop in the last decade, Foreign Beggars’ recent output has been a genre-defying blend of their former machinations and speaker-busting, dancefloor rumbling dance music produced by the hottest artists around. 2009’s ‘Contact’ (3,000,000 views on YouTube), taken from their third album, saw them combine furious London-fuelled flows with Noisia’s crunching electro backbone - the start of what has become Foreign Beggars’ new obsession; fusing hip hop with dance music.

Since then Foreign Beggars have delivered a succession of incredible collaborations, while each release seems to bring greater success and critical acclaim; the incredible ‘Beggatron Remixed’ album which featured reworkings and originally produced tracks from Plastician, Bar9, Chasing Shadows, Noisia and more, the Beatport chart topping ‘Scatta’ with Skrillex, the anthem that is ‘Lines In Wax’ with Flux Pavilion and the recent team up with Vato Gonzalez ‘Badman Riddim’ out on Ministry Of Sound seeing Foreign Beggars finally cross over to the mainstream.

This year sees the Beggars releasing ‘The Harder They Fall’ EP, the first in a three part series on Never Say Die Records, produced by some of the most in-demand artists on the planet. Featuring six Foreign Beggars collaborations with Alix Perez, Mensah, Lazer Sword, Medison, Ruckspin, Black Sun Empire and Skrillex, their debut Never Say Die EP hits the 140bpm tempo straight between the eyes, offering a range of styles and flavours that could loosely be described as dubstep, without the superfluous connotations that the mere name of the genre now evokes.

No upcoming events with Foreign Beggars