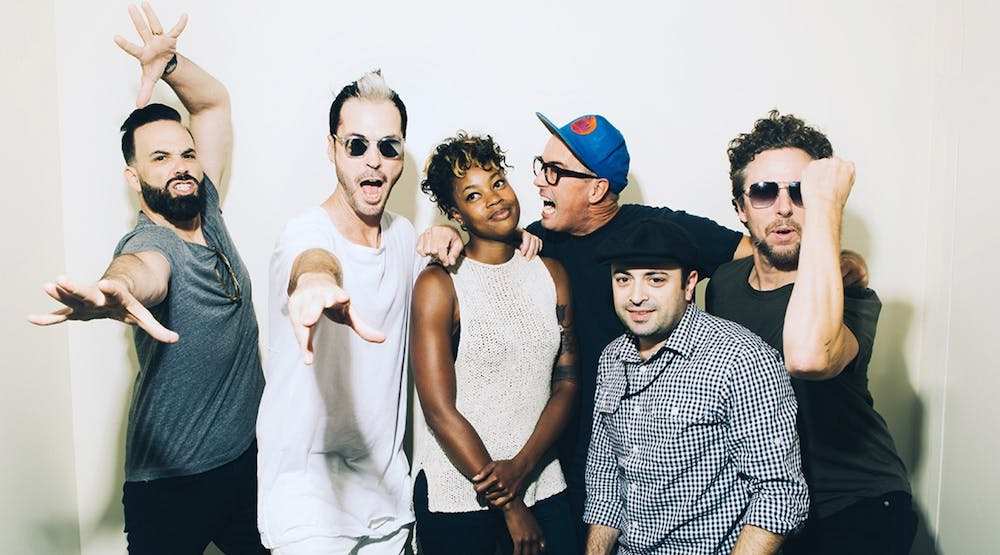 Follow Fitz And the Tantrums to get alerts about upcoming events and special deals!

Brimming with imagination, energy and genre-smashing scope, Fitz and The Tantrums defied the odds to become an indisputable phenomenon, a chart-topping, show-stopping modern pop combo unlike any other.

Without further ado, here are Fitz And the Tantrums top 10 tracks of all time:

6. Livin' for the Weekend

FITZ, Fitz And the Tantrums

10. Let Me Love You - Recorded at Spotify Studios NYC

Fitz And the Tantrums Details

Brimming with imagination, energy and genre-smashing scope, Fitz and The Tantrums defied the odds to become an indisputable phenomenon, a chart-topping, show-stopping modern pop combo unlike any other. The Los Angeles-based sextet– comprised of Fitz (vocals), Noelle Scaggs (vocals/tambourine), James King (saxophone, flute), Jeremy Ruzumna (keyboards), John Wicks (drums, percussion) and Joseph Karnes (bass) – played its first show in December 2008 at Hollywood’s Hotel Café. After the self-released 2009 EP Songs for a Breakup, Vol. 1, Fitz and The Tantrums found themselves appearing on KCRW’s “Morning Becomes Eclectic,” touring with Maroon 5 and recording their full-length debut, Pickin’ Up the Pieces. The album, which was awarded three-and-a-half stars by Rolling Stone, spent 73 weeks on Billboard’s Heatseekers chart, peaking at No. 1. The band was named a “You Oughta Know” artist by VH1 and views for the video for the hit single “MoneyGrabber” surpassed three million. For their 2013 Elektra Records debut, More Than Just A Dream, Fitz and The Tantrums worked with producer Tony Hoffer (Beck, M83, Phoenix) and ramped up the timeless song craft and sonic force that made them a worldwide sensation.

Browse Fitz And the Tantrums Events

Upcoming Fitz And the Tantrums Events