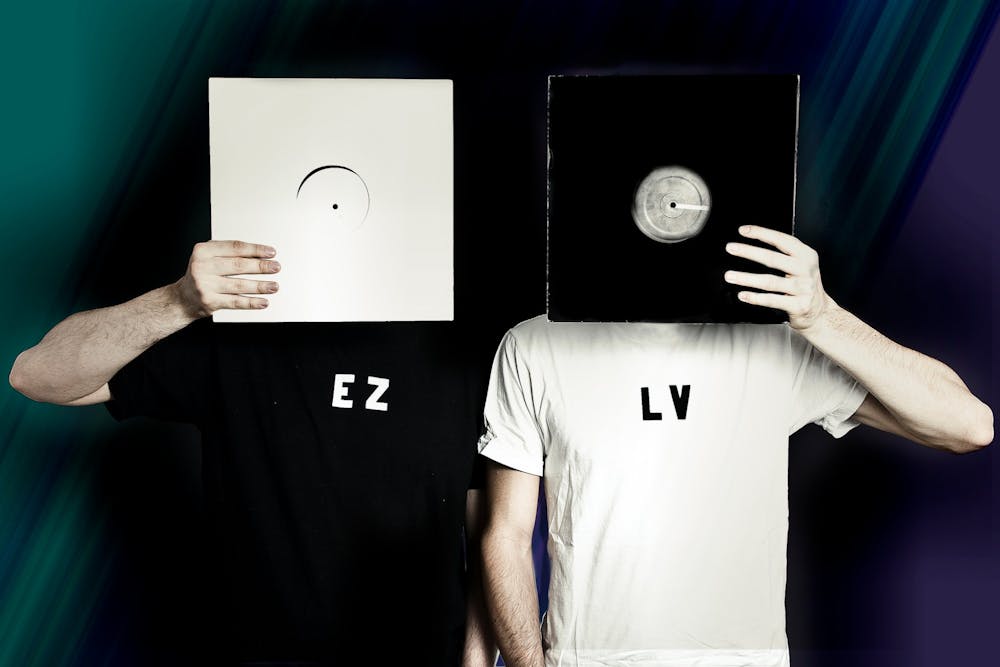 Follow Ezlv to get alerts about upcoming events and special deals!

Without further ado, here are Ezlv top 10 tracks of all time:

Ezekiel and Louis Vee, aka 'Ezlv' met in prison back in 1982. Ezekiel was sent to jail because he molested Michael Jackson's monkey 'Bubble'. Louis Vee was caught wearing Ms. Thatcher's wedding dress. They instantly decided to form a duo.

Louis Vee learned the musical complexity the hard way; he was playing with toothbrushes and Tupperware while taking a bath at the age of 4 years old. Ezekiel started playing with synths and drum machine when he sold his computer company in 1978 to a guy name 'Bill Gates'. Thus, they added Louis Vee's skills and Ezekiel's intuition to release top notch music today.

Ezlv's music has been played in two famous places; in OJ Simpson's Bronco or in Ezekiel's walkman (numerous times). They are supported by Louis's mom and colonel Sanders's private pilot.

Famous quotes concerning 'Ezlv'
"Taylor, imma let you finish, but Ezlv is the greatest duo of ALL TIME"
- Kanye West

"Who the fuck are Ezlv?"
- Ozzy Osbourne

"Ezekiel, you are NOT the father"
-Maury

"A question that sometimes drives me hazy: am I or are Ezlv crazy?"
-Einstein

No upcoming events with Ezlv