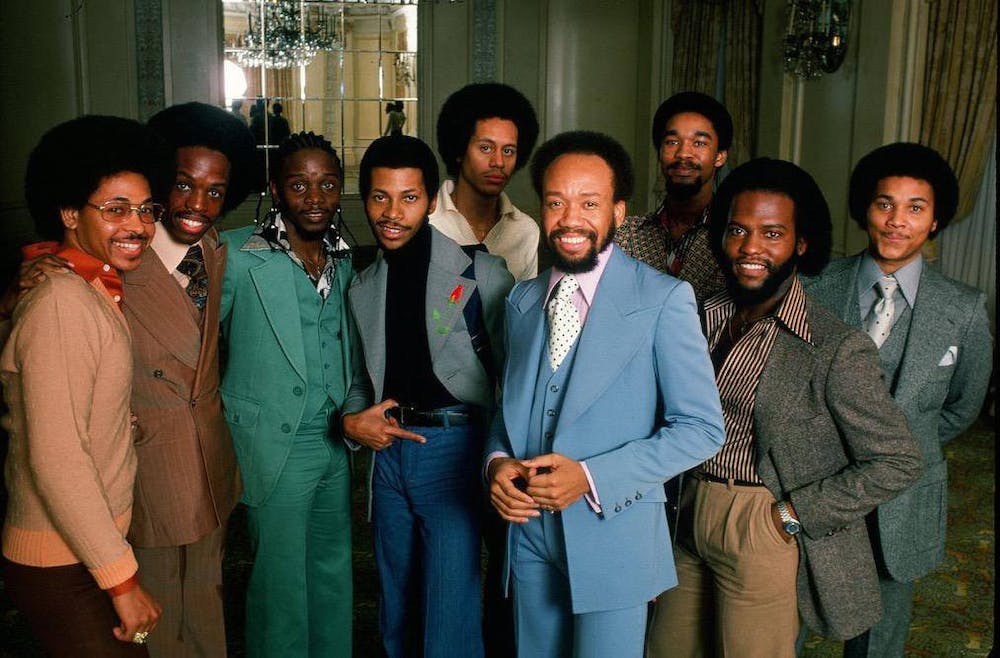 Follow Earth, Wind & Fire to get alerts about upcoming events and special deals!

Without further ado, here are Earth, Wind & Fire top 10 tracks of all time:

4. After the Love Has Gone

9. That's the Way of the World

Earth, Wind & Fire (abbreviated as EW&F or simply EWF) is an American band that has spanned the musical genres of R&B, soul, funk, jazz, disco, pop, rock, dance, Latin, and Afro pop. They have been described as one of the most innovative and commercially successful acts of all time. Rolling Stone called them "innovative, precise yet sensual, calculated yet galvanizing" and declared that the band "changed the sound of black pop". VH1 has also described EWF as "one of the greatest bands" ever.

The band has won six Grammys from their 17 nominations and four American Music Awards out of 12 nominations. They have been inducted into the Rock and Roll Hall of Fame, the Vocal Group Hall of Fame, the NAACP Image Award Hall of Fame, and Hollywood's Rockwalk, in addition to receiving a star on the Hollywood Walk of Fame. With sales of over 90 million records, they are one of the world's best-selling bands of all time. The band has also received an ASCAP Rhythm & Soul Heritage Award, BET Lifetime Achievement Award, and the Soul Train Legend Award, as well as a NARAS Signature Governor's Award, a Grammy Lifetime Achievement Award, the 2012 Congressional Horizon Award, and the Kennedy Center Honors in 2019, along with Sally Field, Linda Ronstadt, Sesame Street and Michael Tilson Thomas.