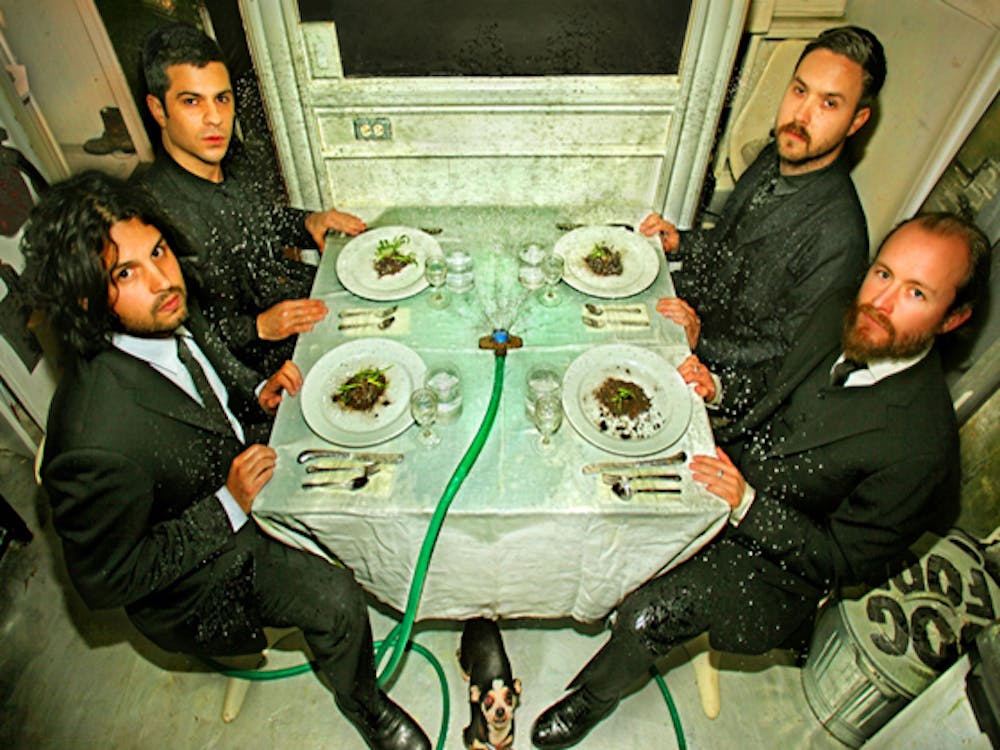 Follow Dredg to get alerts about upcoming events and special deals!

Dredg is an American progressive/alternative rock band formed in 1993 in Los Gatos, California.

Without further ado, here are Dredg top 10 tracks of all time:

7. Hung Over On A Tuesday

10. Brushstroke-An Elephant In The Delta Waves

Dredg is an American progressive/alternative rock band formed in 1993 in Los Gatos, California. The band consists of vocalist Gavin Hayes, guitarist Mark Engles, bassist Drew Roulette and drummer Dino Campanella. With Hayes and Roulette enjoying art as a hobby, the band has consistently incorporated art, and painting in particular, into their albums and concerts.[2]
The band established themselves in the indie scene with their 1998 release of the concept album Leitmotif, landing them a deal with Interscope Records. Dredg released El Cielo in 2002, Catch Without Arms in 2005, and The Pariah, the Parrot, the Delusion in 2009.

No upcoming events with Dredg