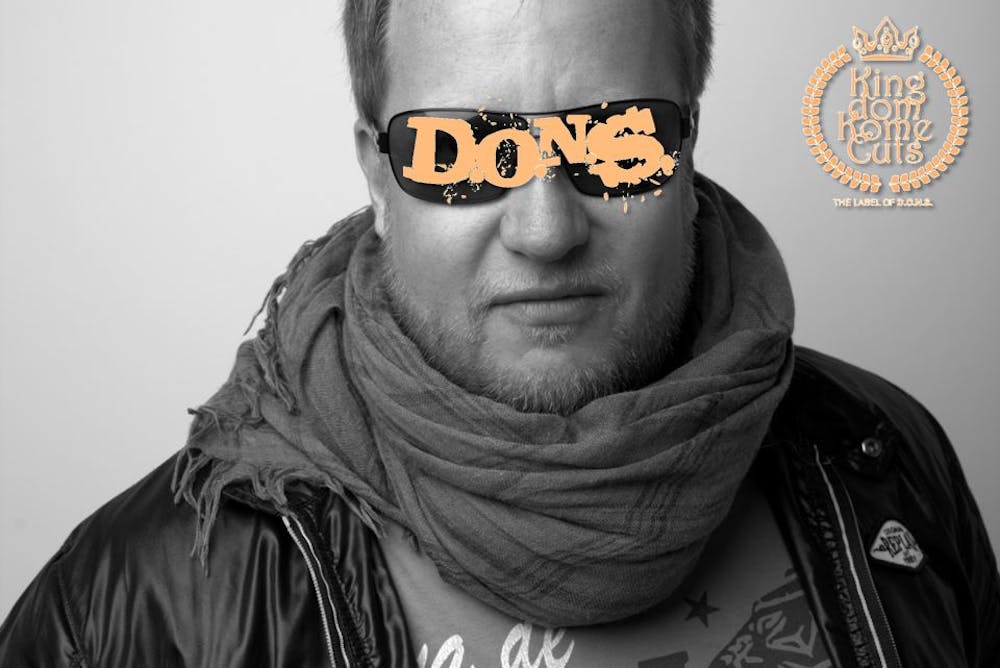 Follow D.o.n.s. to get alerts about upcoming events and special deals!

Without further ado, here are D.o.n.s. top 10 tracks of all time:

2. Pump Up The Jam (Single Version)

German born DJ/Producer D.O.N.S. has established himself as one of the most innovative, unique, and exciting figures in modern dance music. From his solo productions to his bootlegs and covers to his highly sought-after remixes, D.O.N.S. studio output is an ever impressive slew of crafted gems for the dancefloor.

An accomplished remixer, D.O.N.S. has applied his talent to remix tracks such as John Dahlbäcks ‘Everywhere’ and ‘Blink’, Greg Cerrones ‘Invincible’, Chuckie ‘Aftershock’ and the hugely popular single D.O.N.S. & DBN ft. Kadoc ‘The Nighttrain’. His collaboration with soul legend Gloria Gaynor on ‘Supernatural Love’ and his smash single ‘Somebody Else Guy featuring Jocelyn Brown’ both went on to conquered both radio playlists and international dance floors around the world.

As a producer D.O.N.S. has grown to become one of the scenes most in-demand house producers having leant his remixing skill to the likes of Bob Sinclar, Dirty South, Roger Sanchez, and most recently Erick Morillo & DLG’s, ‘Where Are You Now’ for Subliminal Records. With such a demand for his music, his releases have featured for everybody from Universal, Kontor records, BigCityBeats, AM:PM, Hed Kandi and Ministry of Sound, whilst finding regular wide reaching support from the likes of Tiesto, Pete Tong, Eric Prydz, Sasha, Judge Jules, Paul Oakenfold, and Paul van Dyk.

The instinctive diversity of his music means his releases are as comfortable achieving commercial success up the charts as they are rocking clubs in more underground settings. Tracks such as ‘Pump up the Jam’, his cover of Michael Jackson’s ‘Earth Song’ and more recently his chart damaging remix of ‘Together – Hardcore Uproar’, have earned him extended support from the likes of Radio 1 Drive time and MTV, whilst more club focused releases like ‘You Used To Hold Me featuring Terri B!’ and ‘Breath Into Me’ be seen in the playlists of anyone from David Guetta and Bob Sinclar to Erick Morillo and Steve Angello.

The media spot has never been far from sight either with strong backing coming from dance publications such as DJ Magazine (various), IDJ (UK), Deejay (Spain), DJ Times (US) and Tilllate Magazine (UK) all noting his work, whilst magazines OnlyforDJs (France), Raveline (Germany) and Ape (Netherlands) magazine have all given him front page coverage in recent times.

In 2008 he was voted “#2 Best foreign producer” and “#2 Best DJ “ by the readers of French clubbing bible OnlyforDJs, ahead of artists like Deadmau5, Armin van Buuren, Eric Prydz and Calvin Harris. Other accolades include ‘Pump up the Jam’ being voted by Mixmag in 2005 as the “2nd best tune of the year”, sandwiched between Mylo ‘In My Arm’ and Audio Bullys ‘Bang Booty’, and more recently his single ‘Big Fun’ being voted for by DJ Magazine (2008) under the 25 best cover versions of all time.

His recent compilation for In Bed with Space, alongside resident Paul Lomax, was regarded by critics as the series best mix to-date and saw D.O.N.S. compile and mix CD2 of the summer album installment, featuring his own material, as well as music from Roger Sanchez, Kid Massive, Lissat & Voltaxx and Soul Avengerz. To support the album’s release he performed on a number of tour dates which included the legendary terrace at Space Ibiza, The Honeyclub and Gatecrasher in the UK.

With the demand for his music becoming thirstier than ever, the Hamburg-dwelling DJ has been on an epic excursion around the globe taking in America, Asia, Australia, Russia and South America, as well as new cities in other well-trod territories for. The list of clubs is also impressive with regularly performances at places such as Cocoon Club (Frankfurt), Pacha (London), Red Light (Paris), Gatecrasher (UK), Space (Warsaw), Matter (London) and Grodan Club (Stockholm), as well as events such as Miami Winter Conference, Dance4Life @ SeeMe Bulgaria, Dance4Life @ ADE Amsterdam, Castle Dance in Russia, Summadayze in Australia, Barcelona Summer Week, LA Love Festival and supporting Tiësto @ Olympia World in Austria.

Additionally fans of the D.O.N.S. sound can catch him charming the crowds with his unique ‘live’ show featuring house diva Terri B! who, ranked by many as one of the “best voices in house”, is the voice of the world club smash ‘Soul Heaven’, ‘Bang That Box’ with Roger Sanchez and former lead singer of 2Eivissa ‘Get Down’ (Avant Garde).

Besides his heavy DJ and busy production schedule he still finds time to have a hands-on approaching managing one of the EDM scenes most exciting and forward-thinking labels; Kingdom Kome Cuts Records. He is also an active international ambassador for HIV/AIDs charity Dance4Life; a role he shares alongside artists such as Tiesto and Fedde Le Grand.

With his debut artist album schedule for summer 2010, a reedit of his world wide smash single ‘Drop The Gun’, new singles such as D.O.N.S. & Shahin feat. Seany B (voice of TV Rocks #1 smash ‘Flaunt It’) and ‘D.O.N.S. feat. Terri B! – Keep On Singing’, plus a handful of productions lined up for imprints in Sony, Toolroom and Azuli, on top of remixes for the likes of David Vendetta, The Real McCoy and Booty Luv, 2010 is set to see another sizzling year for the D.O.N.S.

No upcoming events with D.o.n.s.