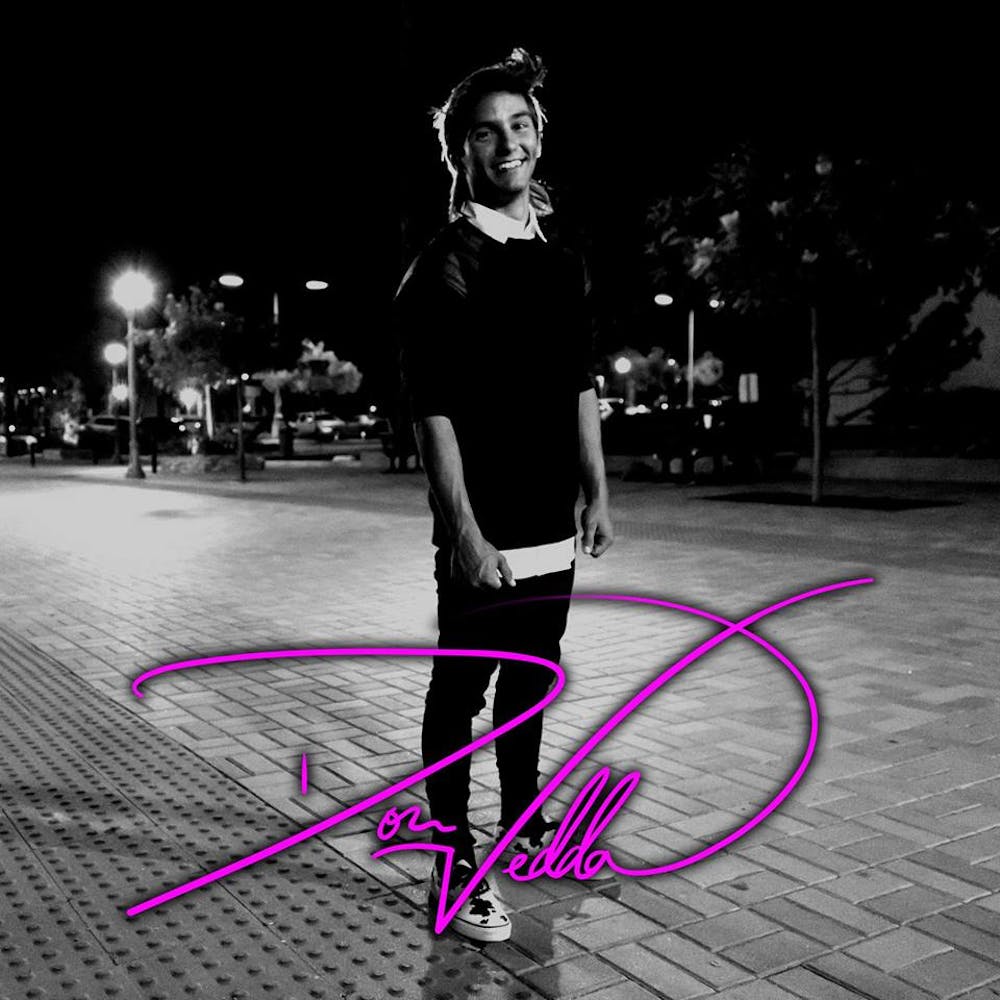 Follow Don Vedda to get alerts about upcoming events and special deals!

Without further ado, here are Don Vedda top 10 tracks of all time:

Don Vedda, 23 year old journeyman vocalist/guitarist hailing from San Diego, CA will be releasing his debut self-titled EP on 08.13.14. Having performed with many bands over the last decade (Jamie’s Elsewhere, Casino Madrid, Oceans, and most recently, as lead guitarist for Republic Records recording artist, Dev), this debut EP is the natural next-step evolution in the singer-songwriter’s career. A self-taught multi-instrumentalist who has also studied guitar, piano, and voice, Don has developed a deep understanding and appreciation of all types of music, including; rock, metal, pop, R&B, blues and jazz. Don’s debut EP is a collection of 6 compositions that are a sonic-boom hybrid of these styling’s, each with a unique identity all its own.

"This is my newest project & music. In this project I get to make music that I love, and been itching to create alongside my awesome friends and past bandmates Aaron New & Richie King who absolutely SHRED!!! I couldn't have asked for better musicians to compliment my style of playing and writing. I've taken myself to a completely new level in this project, both singing and playing lead guitar simultaneously, and I'm so excited to share this new music with the San Diego scene and the world. Don Vedda is the mature, natural evolution of what I was doing with Oceans; catchy upbeat music with haunting hooks & melodies that i hope will marinate inside your head and keep you singing the words in your head long after listening. That is exactly what I aim to create with this new project." - Don Vedda

The EP was recorded and produced by Brian Grider in Los Angeles CA. All songs written and arranged by Don Vedda

No upcoming events with Don Vedda