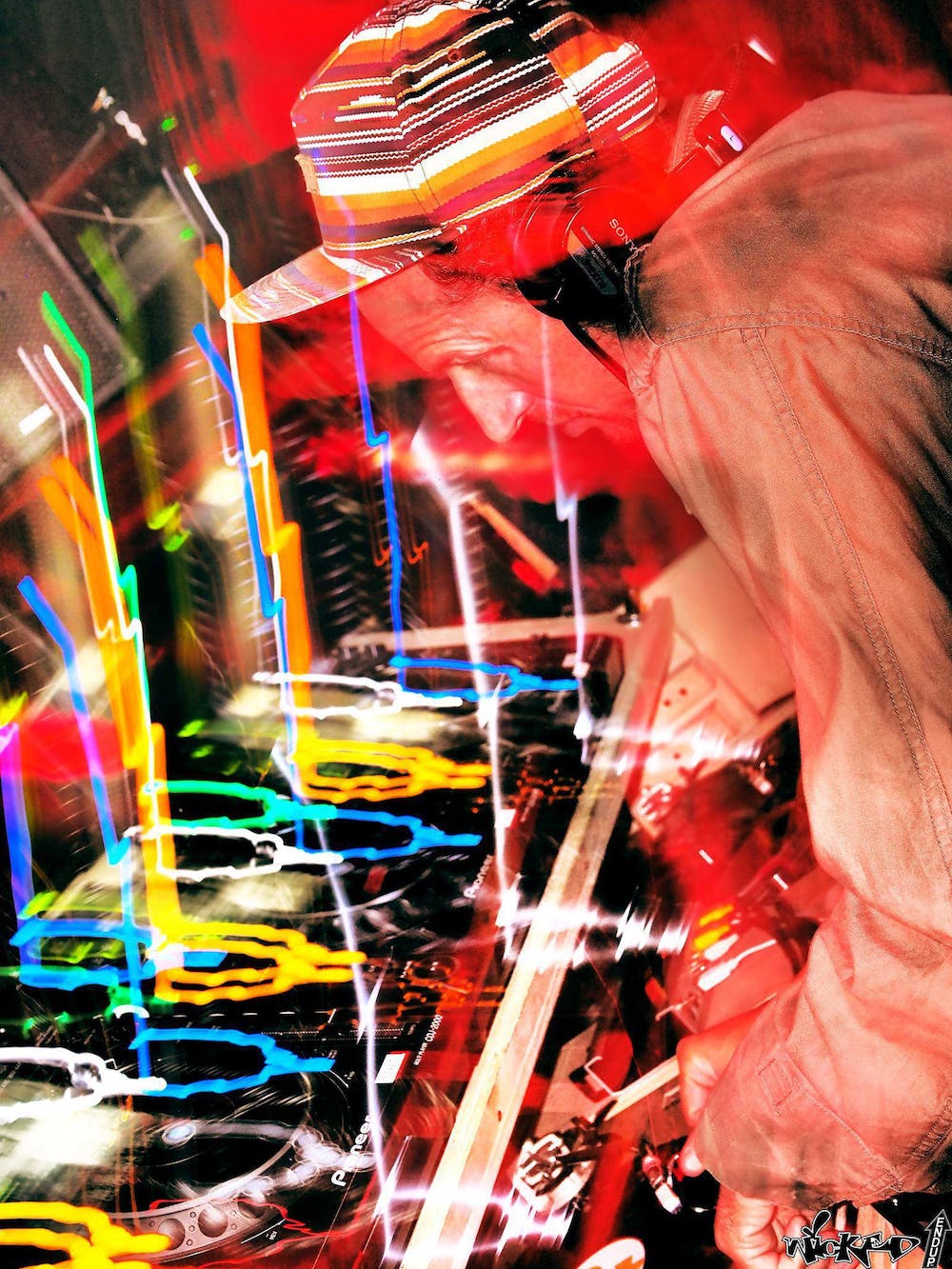 Follow DJ Garth to get alerts about upcoming events and special deals!

DJ Garth is a House music DJ and recording artist who is largely credited with both defining and capturing the sound of San Francisco house music in the 1990s.

DJ Garth has performed in venues such as: Monarch, Vent

DJ Garth is a House music DJ and recording artist who is largely credited with both defining and capturing the sound of San Francisco house music in the 1990s. He co-founded the Wicked Sound System and established a series of underground parties which were important in putting San Francisco on the club/rave map.

Born and raised in England, Garth moved to San Francisco in 1990 and became a key player in the city's dance scene. In 1991 along with friends and fellow DJs Jenö, Thomas Bullock and Markie, he founded the Wicked Sound System, and organized the monthly Full Moon events that led to increased underground interest in rave culture. By 1994 the crew imported a custom Tony Andrews-designed Turbosound system, teaming up with a 1947 Greyhound bus which allowed the Wicked act to tour the States.

This annual tour along with early appearances at Burning Man and Reggae on the River Festivals gave Garth the inspiration to produce his own music. Wicked Records' first (and most successful) release was DJ Garth's 1996 collaboration with E.T.I., "20 Minutes of Disco Glory," which remains a popular House track. It was featured in the soundtrack for the movie Groove.

In 1998, Garth founded his own label Grayhound Recordings, named after the Wicked tour bus. Grayhound became the home label for his own projects including singles with Markie and as Rocket with Eric James. The label went on to release 54 singles from California recording artists including DJ Garth & E.T.I., Rocket, Defenders of the Faith, Wicked, Mirror Boys, DJ Harvey, Nectar, Stranger, Rasoul, EBE & Michoacan.

1998 proved to be a milestone year, with the release of Thrive's popular mix CD U.S. Underground, Vol. 1. 2000 saw the release of The Cisco System, a Garth mix CD showcasing the work of Grayhound artists. This was the first of three Grayhound mixes, the others being Revolutions in Sound & Unleash the Hound. In 2001, Om released San Francisco Sessions Vol. 3, showcasing his blend of House and Dub. In 2003, UK label NRK released Garth's Nitelife Vol 7.

Garth has remixed A Tribe Called Quest, Jane's Addiction frontman Perry Farrell, Faithless, Yabby You, The Units, The Glimmers, DadaMunchamonkey, Adam Freeland, Strafe and many others.

Wicked Sound System are still going strong as they approach thirty years as a DJ crew.

In 2007 he launched Golden Goose re-edits with James Glass to release their own King & Hound edits. The purpose of the label lies in reviving forgotten Disco and Synth Rock tracks.

Moving to Los Angeles in 2011 made his big screen debut as an actor (credited as Garth Wynne-Jones) in the feature film Speed Dragon which premiered at Cannes Film Festival and won Best Feature at NY Independent Film Festival. He has built up many on-camera and voice-over credits in film since and maintains a busy tour schedule DJing around the world. In 2010 he toured extensively in Japan & Australia with DJ Harvey.

No upcoming events with DJ Garth