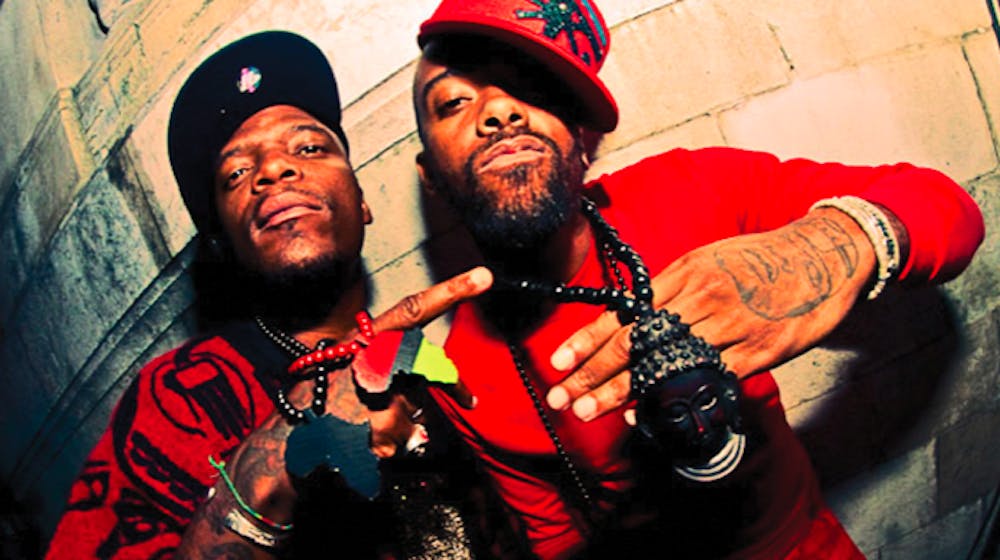 Follow Dead Prez to get alerts about upcoming events and special deals!

The Florida-based political rap duo Dead Prez consists of Stic.man and M-1, a pair of rappers inspired by revolutionaries from Malcolm X to Public Enemy.

Dead Prez has performed in venues such as: The Anthem

Without further ado, here are Dead Prez top 10 tracks of all time:

The Florida-based political rap duo Dead Prez consists of Stic.man and M-1, a pair of rappers inspired by revolutionaries from Malcolm X to Public Enemy. They immersed themselves in political and social studies as they forged their own style of hip-hop. They went on to work with Big Punisher on his 1998 album Capital Punishment and released singles like 1998's "Police State with Chairman Omali" and 1999's "It's Bigger Than Hip-Hop." Their debut album, Lets Get Free, was released in early 2000. A two-volume mixtape project -- Turn off the Radio: The Mixtape, Vol. 1 and Turn off the Radio: The Mixtape, Vol. 2: Get Free or Die Tryin' -- followed in 2002 and 2003, boasting tracks and new productions, and their proper studio follow-up, RBG: Revolutionary But Gangsta, appeared in 2004. Two years later the group collaborated with the three remaining members of the Outlawz for Can't Sell Dope Forever, followed shortly after by Soldier 2 Soldier, a joint record between Stic.man and Young Noble. 2009's Pulse of the People, presented by DJ Green Lantern and technically the third volume in the Turn off the Radio series, was enlivened by appearances from Chuck D, Bun B, and Styles P.

No upcoming events with Dead Prez