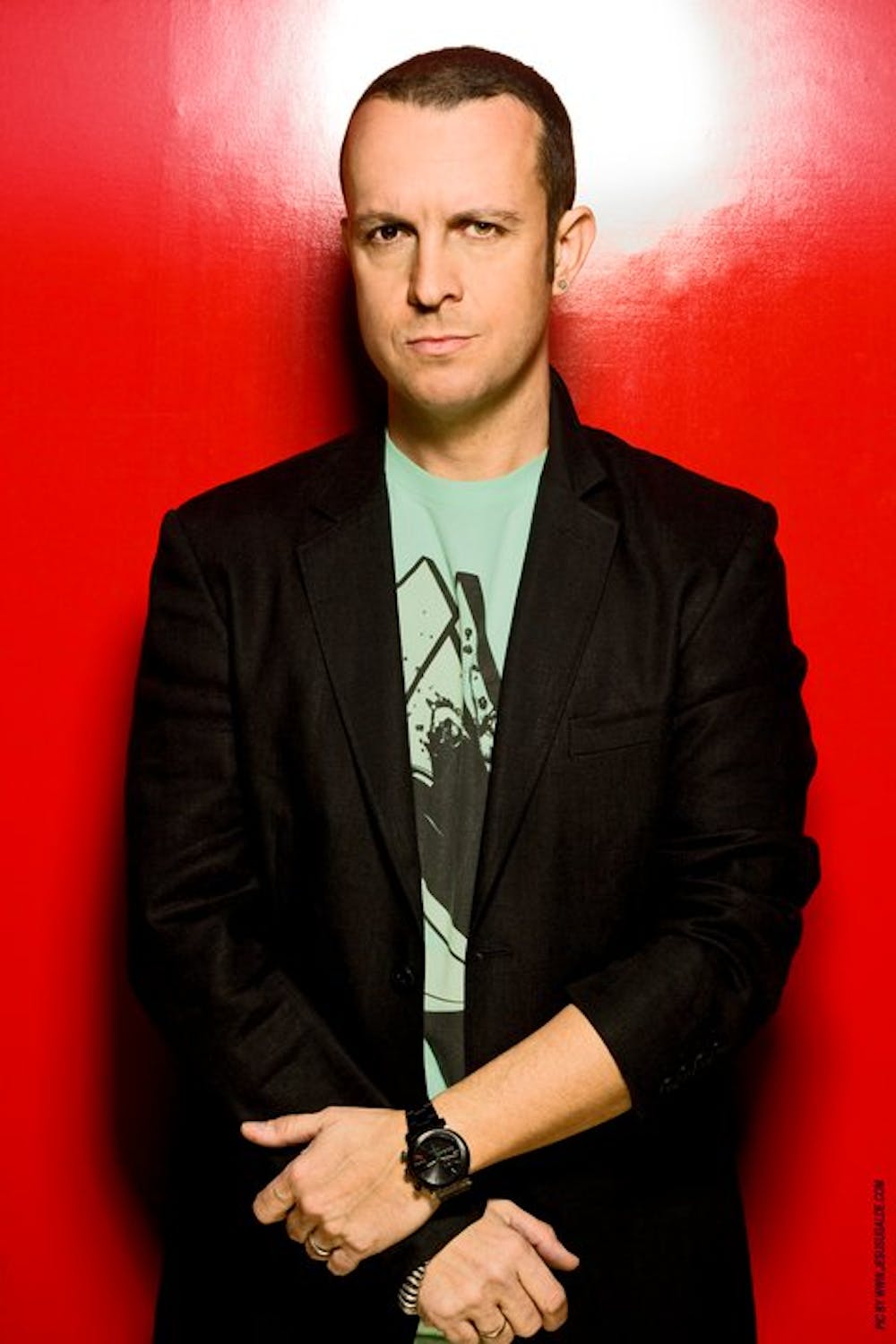 Follow David Penn to get alerts about upcoming events and special deals!

David Penn is one of Spain's best and best-known DJ/producers, and an international name in his own right.

David Penn has performed in venues such as: Electric Hotel, Eden, Eclipse

Without further ado, here are David Penn top 10 tracks of all time:

David Penn is one of Spain's best and best-known DJ/producers, and an international name in his own right. He's had worldwide house hits, including the massive 'The Night Train' under the name Kadoc in the mid-90s; scooped a string of awards for his DJing, production and Urbana label; and is part of the New Iberican League with DJ Chus and Abel Ramos.

He's worked with a veritable who's who of house music, recorded for a string of top house labels such as Defected, Stealth, Black Vinyl and Purple, and is now releasing his long-awaited 'Sound Of Urbana' mix compilation that showcases the best of his own Madrid-based label.

David started out in music at the age of nine. Learning classical piano as a schoolboy, he'd soon gravitate onto jazz, bossa nova and Latin rhythms, and absorb the music that his drummer father would play around the house – Earth Wind & Fire, Stevie Wonder, Michael Jackson.

He played in bands a little bit, but when he started to meet DJs and go to clubs he became seduced by electronic music – particularly house and garage from the United States. For David it was a revelation that one person could make music by himself in electronic music production.

He was soon making dance tracks, and started up his own Zen label to principally release his own productions. Becoming a producer first, with the advantage of his early music training, has really helped David in his career, he believes. "It's easier for me to make a track with harmonies in the studio," he says. "I always try to use some musicality when I have to make remixes or do an original song. Not just kick and bassline – I need the music."

He released house tracks under various aliases in the 1990s, but it was 'The Night Train' by Kadoc in the mid-90s that really blew up for him. "I was really surprised at the success of 'Night Train', at that time we only wanted to be on a few compilations," he chuckles. "That was our dream, and when we released the track in Spain it was in August – a really bad month to release something."

But all the vinyl copies in Spain quickly sold out as the track spread across Europe like wildfire. Soon it had reached No.1 in Holland and No.12 in the UK and suddenly he was doing the iconic TV show Top Of The Pops and touring all over Europe.

'The Night Train' ended up shifting 2 million units, and Kadoc tried to follow it up with something different - but without the same success. "The whole thing was a real surprise and I learned a lot during this time," David recalls.

"I learned a lot about business. It was a special time, and useful to learn about labels and the business side of the industry. David carried on putting out tracks under a variety of different pseudonyms, but then around the Millennium decided that he wanted to release most things under his own name to help with his DJ career. His given family name was David Peñin, but he simplified it to 'Penn' as "it's easier to say and understand everywhere in the world".

It was also around this time that he started up Urbana Records, largely as an outlet for his own productions that were scattered across a number of labels. Zen Records remains his overall music publishing company, and it's with the fresh sound of Urbana that he's been making waves over the past decade or so.

David is very particular about what he releases on Urbana, and says that he only releases tracks on it that are absolutely special. "I don't have the label as a business, it's not a big label – I just want to keep the quality high," he says. The attention to detail with Urbana has paid off, earning the label the Best Breakthrough Label at the UK's House Music Awards a few years ago and scooping the Best Label prize at Spanish magazine Deejay's awards. David has also won Best House DJ four years out of five, and a number of his collaborations have also been recognised by Dj1 magazine.

DJ Chus has been a friend of David's since before 'The Night Train', and they've worked together on several productions including 'Sunshine' for Black Vinyl and 'Esperanza' for Defected. David has also collaborated with DJs like Pippi, Halo, Roger Gaez, ATFC and Oscar de Rivera, and has found success with tracks under other recent pseudonyms such as Montilla and Deux.

house label in the world – Defected – at their parties in Ibiza.

No upcoming events with David Penn