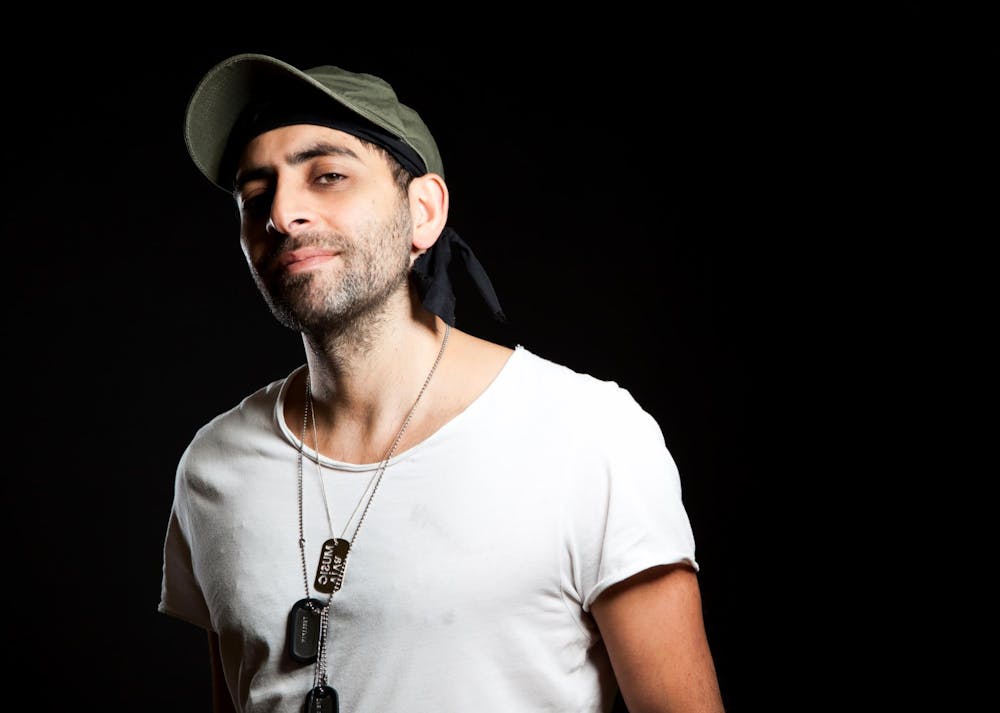 Follow Darius Syrossian to get alerts about upcoming events and special deals!

Darius Syrossian has performed in venues such as: The Cause, Eden, De Marktkantine, Halcyon, Shore Club, Spybar

Without further ado, here are Darius Syrossian top 10 tracks of all time:

Darius Syrossian is a long-serving, fully subscribed slaveto TRUE. HOUSE. MUSIC. Since moving to UK shores as a 14 year old, hisfascination with electronic music has never waned having initially beeninfected by its futuristic lure at an underground party back in 1991. Takingformative influences from Detroit and Chicago masters like Kenny Dope, DannyTenaglia, Derrick May, DJ Sneak and Carl Craig, a pure and unadulterated housesound has always been Darius’ pre-occupation in place of passing fads orzeitgeist defining trends.

True. House. Music. are threewords that define the style and sound of Darius Syrossian, yet also representthe principles by which he has successfully made his name as a DJ, producer,label boss and radio host at a global level. He is one of the core artists ofSteve Lawler's VIVa family and has ticked off every major club and festival inan extensive touring schedule; his production skills have lead to acclaim withlabels such as Get Physical, Jackathon compilation, Hot Creations, VIVa MUSiC,OFF Recordings, Magnetic, Area Remote, 8bit & many more

In 2012 DJ MAG awarded Darius Syrossian with a nomination for 'BEST OF BRITISH,BREAKTHROUGH PRODUCER AWARD' great recognistion for his work in 2012, butDarius has dedicated more than 15 years to legendary UK vinyl record shopsGlobal Beat and Crash Records, Darius wears his passion for the music on everypart of his existence, as only people who do it for the love of the music areable to. Having seen every fad and trend come and then quickly go in theelectronic scene, yet never having wavered from his devotion to the groove, itswith plenty of conviction that Darius' huge musical knowledge and vast vinylcollection allows him a unique versatility. A DJ in the truest sense, no matterwhether that be abyss-deep house or following Detroit techno or playing Detroittechno, the groove will always be there, unwavering as the emblem of his style

If his ethos is noteworthy, Darius' achievements are just as distinguished. Hehas toured the world as a DJ, taking in all continents and including major dancegatherings like Sonar, Miami WMC, A main member of Steve Lawler's VIVa MUSiCfamily, He is the Voice behind the monthly VIVa MUSiC Radio show, havinginterviewd guests such as Seth Troxler, DJ Sneak, Soul Clap, & more, He isalso a Monthly Resident at world renounced Sankeys in Manchester and a firmfavourite with the crowds there, in the summer gone he was resident in Ibizafor Sankeys also and one of the main members of Steve Lawler's VIVa Warriorscrew, this meant he also mixed the VIVa Warriors CD compilation that is out inshops now and which recieved rave reviews for pretty much all the top musicjournalists.

One Journalist recently reviewing Darius Syrossian's latest track on OFFrecordings wrote the following > 'Darius Syrossian’s star has risen inexorablyin 2012. Something of a folk hero in Leeds, Darius has been bubbling under theradar for what seems nigh on an eternity but really lifting to claim this yearby the horns. His residencies for Sankeys, both in Manchester and Ibiza, andrecordings Such as My Side Project, his remix of Jem Atkins 'Pushin on' for DJSneak's magnetic label, his massive remix of DJ W!LD & Freaky D on VIVaMUSiC have all ensured he’s been getting the props he deserves. It’s thepatronage of the latter and the man behind VIVa, Steve Lawler, which has reallybenefitted his standing, the culmination of being the eponymous ‘Freaky D’which, with its tempo shifting between raw funk and swinging 90s house, hasbeen one of the standout records of 2012.

For Darius, The Radio show, the Sankeys residency, touring the world DJ'ing allthis alongside his producing & remixing, all of it embraces the philosophyof Darius to always focus on the music, to always guard the principles of houseand always, but always, to remain true. In his own words: "I'm into thescene because I LOVE THE MUSIC, not like a lot of people who are into the musicbecause they LOVE THE SCENE. It's only about the music for me, and that's allthat matters!?"

No upcoming events with Darius Syrossian