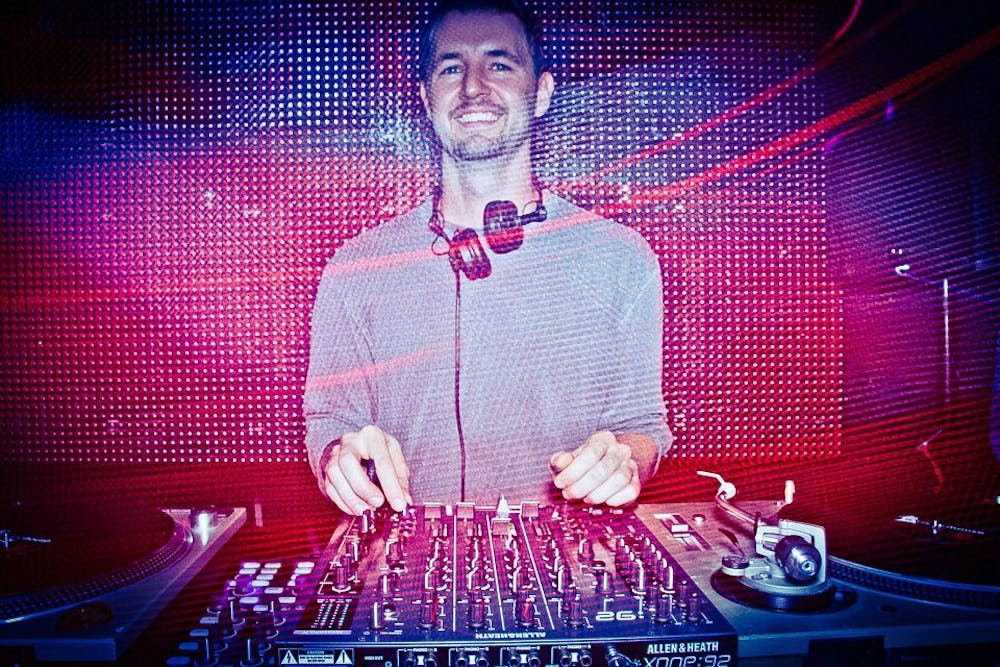 Follow Butane to get alerts about upcoming events and special deals!

How busy can one man be? Let Butane show you.

Butane has performed in venues such as: Bang Bang, AREA15, TBA Brooklyn

Without further ado, here are Butane top 10 tracks of all time:

How busy can one man be? Let Butane show you. He's running 2 highly regarded record labels, producing EP's, albums and remixes for some of the most respected labels in the business, and touring extensively across the most renowned clubs in Europe, America, Asia and beyond... all without breaking a sweat.

A firm believer that the long hours of studio work keep a musician grounded, he has amassed a considerable body of studio work, released by some of the most highly esteemed labels in the business, such as Crosstown Rebels, Get Physical, Dumb Unit, Foundsound, Alphahouse, Rrygular, Mo's Ferry, and Hallucination Limited. Licensing original tracks to mix compilations such as Matthew Dear’s Fabric mix, Luciano’s HiFi SciFi on Soma and Damian Lazarus’ Get Lost mix shows that his peers in the industry hold his music in high regard.

As a label owner, he is the sole creative mind behind Alphahouse Records, one of North America's premier underground electronic music labels since 2005. Curated with extreme passion, and always a step ahead of the more commercial-minded labels, Alphahouse plays host to music from a virtual who's who of the artist-driven side of house and techno: Ricardo Villalobos, Dandy Jack, Run Stop Restore, Troy Pierce, Heartthrob, Skudge, Quenum, Someone Else, Franco Cinelli, Ryan Crosson, Kris Wadsworth, Ilario Alicante, and many more. Add to this his latest label project, Little Helpers, run together with his long-time friend Sean O'Neal. With over 50 EPs in two short years, the label blazes constant ground in the digital music world, breaking numerous up-and-coming artists, while supplying valuable tools to creative DJs everywhere.

Where Butane's talent really shines, though, is as a DJ. Plenty of experience as a headline performer as well as an after-hour favorite enables him to play with an incredible range, and his remarkable sensitivity to the energy of the crowd is the rare trait of a seasoned and perceptive musician. His skillfully developed sets are both classy and elegant, but surely never predictable; thanks to his enormous collection of new and old tracks alike, expect anything from seamlessly blended groovy, sexy, peak-time techno to warm, deep, heady house music. Using vinyl, Traktor Scratch, samplers, outboard effects and whatever new tools are available to craft his sets, he puts a contemporary spin on old favorites, always mindful of the past, while pushing strongly towards the future.

Butane certainly makes a strong case for himself as one of the true talents in today's music scene, although he'll be the last one to tell you that, so please don't ask him to list his accomplishments. Ever humble, he prefers to let his music speak for itself.

No upcoming events with Butane