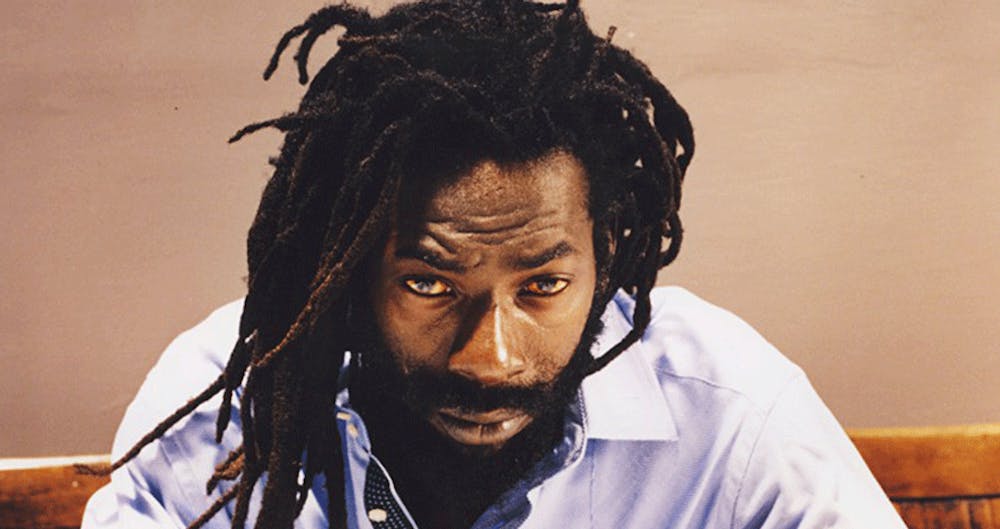 Follow Buju Banton to get alerts about upcoming events and special deals!

Throughout his illustrious career, Mark Myrie aka Buju Banton has woven his dense lyrical flow, humor, skillful story telling and insightful observations into a textured musical tapestry that has inspired, thrilled and uplifted audiences in Jamaica and throughout the world.

Buju Banton has performed in venues such as: Marathon Music Works

Without further ado, here are Buju Banton top 10 tracks of all time:

3. WHERE YOU COME FROM (feat. Buju Banton, Capleton & Bounty Killer)

Throughout his illustrious career, Mark Myrie aka Buju Banton has woven his dense lyrical flow, humor, skillful story telling and insightful observations into a textured musical tapestry that has inspired, thrilled and uplifted audiences in Jamaica and throughout the world. Equally heartening has been Buju’s dramatic transformation from brash teenaged dancehall sensation of the early ’90s to his current role as the premier heir to roots reggae’s Rastafari imbued mantle, a responsibility that Buju admirably demonstrates extends far beyond the performance stage. “I see myself as the godfather of this generation of artists who Jah bless to go forth in righteousness,” explains Buju, “and fill the peoples hearts with love and open their eyes to the reality in which we all live.”

A descendant of the Maroons (the fierce freedom fighters who fended off attacks from the British colonial regiments) Buju was born Mark Anthony Myrie on July 15, 1973, the youngest of 15 children born to a higgler (market vendor) mother. Buju entered Jamaica’s musical fraternity in the mid-’80s and his career accelerated into high gear with the 1991 release of his debut album for Penthouse records Mr. Mention; propelled by the hits “Love Mi Browning” and “Bogle,” in 1992 Buju broke Bob Marley’s record for the most number one singles in one year on the Jamaican charts.

At just 20 years old Buju’s 1993 release Voice of Jamaica (Mercury Records) was lauded for bringing astute social commentary to the dancehall on the hits “Operation Ardent” “Deportee” and the safe sex anthem, “Willy Don’t Be Silly”. Buju’s musical innovations continued with the Grammy nominated Til Shiloh, integrating lyrics reflecting his (then) recently cited Rastafari way of life with conventional reggae rhythms and computerized dancehall’s combustible energy especially on the singles “Murderer” and his self produced “Not An Easy Road” which played major roles in redirecting dancehall lyrics away from x-rated and violent imagery and towards positive themes.

Buju displayed even greater versatility on 1997’s Inna Heights his gruff sing-jay approach deftly applied to everything from African choral chants (“Afrikan Pride”) to shuffling ska (“Small Axe”). His 1999 release Unchained Spirit (Anti/Epitaph) boasted an array of guest artists, including the alternative rock band Rancid, who energized the punky reggae party on “No More Misty Days.” Buju’s 2003 offering Friends For Life (VP Records/Atlantic) featured the African percussion dominated “Up Ye Mighty Race” inspired by the teachings of Marcus Garvey and a triumphant return to his dancehall roots with the ingenious anti-gun anthem “Mr. Nine.” Despite Unchained Spirit and Friends For Life being distributed by major record companies, neither label did the work required to deliver Buju’s meticulously constructed music to the masses. “There was no set up on Friends For Life,” Buju explains, “the ball was literally dropped and Unchained Spirit didn’t fare much better; it never even had a video, but music alone shall live.”

Now firmly taking control of his musical destiny, Buju’s forthcoming projects will be released on his own Gargamel Music label, which boasts a state-of-the-art recording studio and offices in Kingston and New York. After twenty years in the biz the dancehall don naturally observes, “In music one must become more entrepreneurial in understanding the foundation of the business and the engine of it.

No upcoming events with Buju Banton